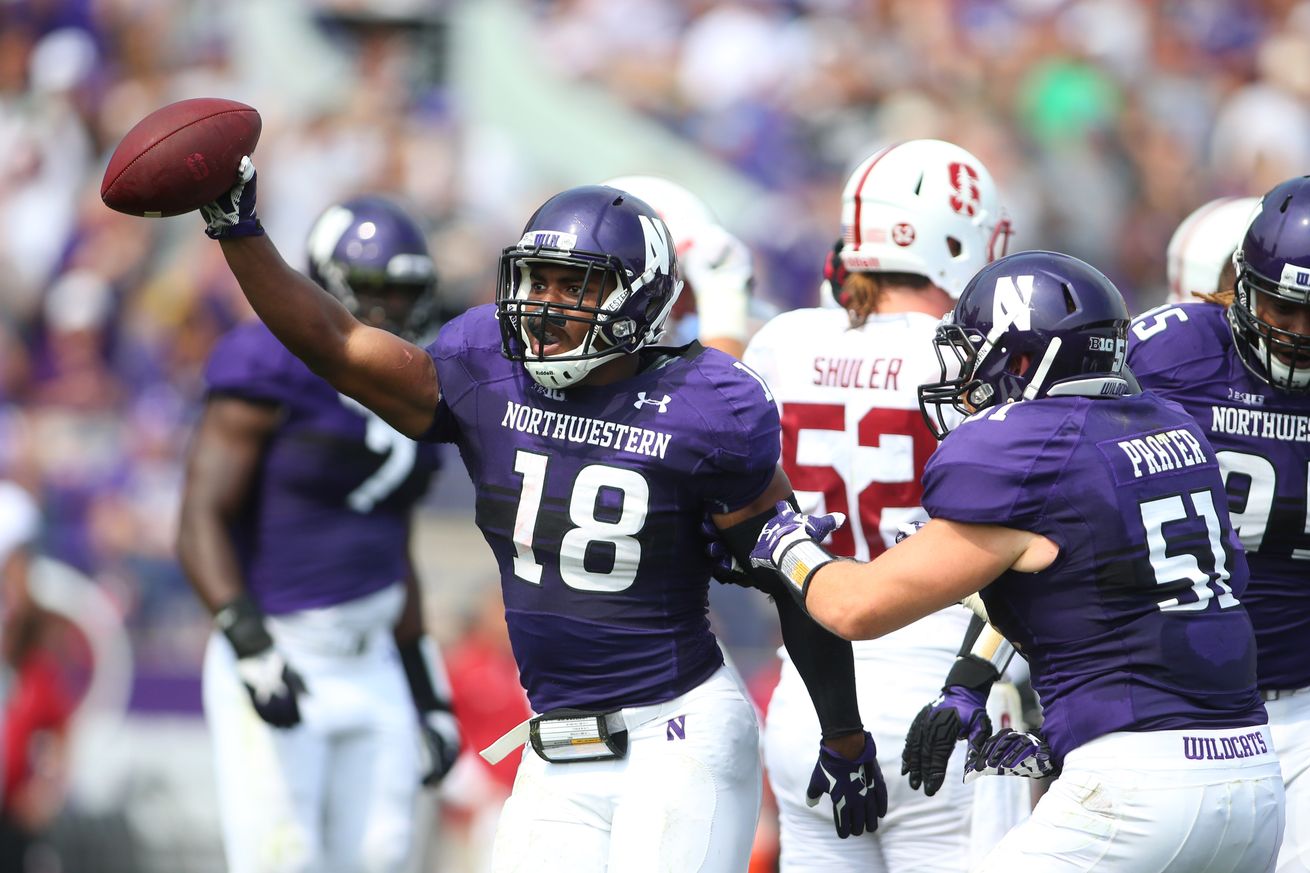 Anthony Walker may be Northwestern’s best player, but the Wildcats are otherwise a bit thin at linebacker. Photo Credit: Caylor Arnold-USA TODAY Sports

The linebacking corps is sure to feature All-American middle linebacker Anthony Walker, likely alongside Nate Hall and possibly Jaylen Prater on each side. Walker, of course, is a beast. The projected (by some) first-round NFL draft choice tallied 120 total tackles last season with 20.5 tackles for loss. He’s the consensus leader of this defense, which helps a young Nate Hall, who recorded 56 tackles last season including seven against Penn State. Walker also spoke highly of the up-and-coming Hall at Big Ten Media Day in Chicago on July 25. Rounding out Northwestern’s projected starters is Prater, who missed the end of last season after suffering a season-ending knee injury against Penn State. He showed flashes of excellence last year, including an 11-tackle performance against Iowa. Rounding out the projected linebackers are Joe Jones, Cameron Queiro and Brett Walsh.

Anthony Walker. Any position group that boasts one of the country’s best players has a huge upside. The linebacking corps last year was perhaps the main reason why Northwestern ranked sixth in the country in defensive efficiency and eighth in total defense. Other than Walker’s through-the-roof potential, Hall was extremely effective in his limited playing time and Prater is a senior leader—alongside Walker he gives the defense stability and leadership. Drew Smith’s production—he had 37 total tackles and started every game—shouldn’t be too hard to replace between Prater and Hall.

Depth can be an issue with the linebackers. Of course, injury can be a detriment to any position group, but outside the three starters, there’s not much depth. Walsh saw no game action last season, Queiro didn’t see much action and notched just seven tackles while Jones performed mostly as a special teams player. If Walker, Hall or Prater were to go down, the Wildcats don’t have much experience behind them and could be in trouble.

Anthony Walker. He’s an All-American, potential NFL first round draft pick and one of the best, if not the best, linebackers in the nation. He will also wear jersey No. 1 this year (the first non-senior to ever do so), an honor that goes to the player that best embodies the program’s values and character.

On any team, the defense often goes as the middle linebacker goes, and that’s even more true with Northwestern. Walker is an excellent pass rusher and defender of inside runs—not to mention his ability to drop back and play coverage, which was excellent against Wisconsin last season. The one improvement he needs to make is his play at the line of scrimmage and getting beat on blocks, but another year of experience will serve the junior well. Anthony Walker is undoubtedly the key player for the entire Northwestern defense, and one of the main keys for the team as a whole.

This unit has huge upside, and Anthony Walker’s dominance makes it one of the team’s best position groups, but depth concerns may prove to be an issue down the line.