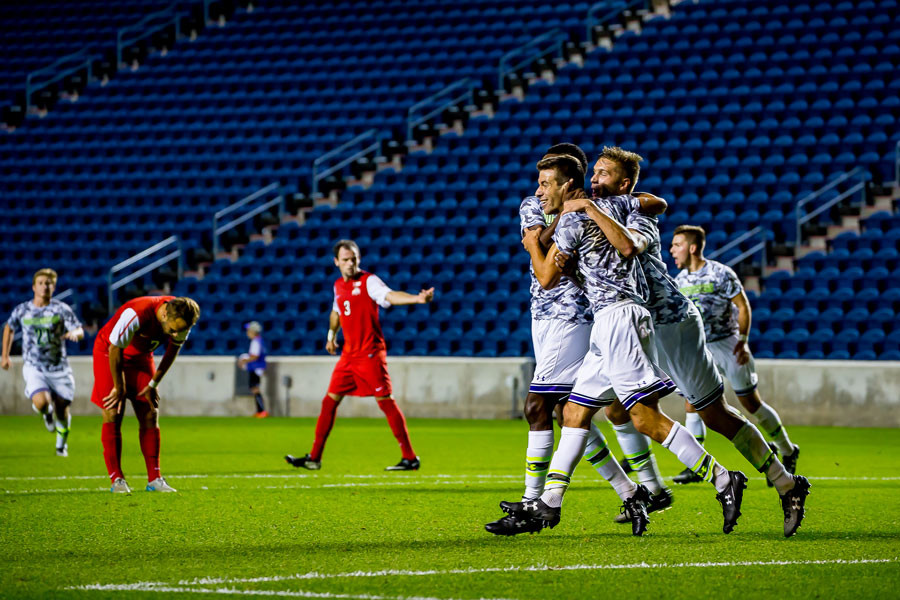 After a season at Toyota Park, the Wildcats return home looking to return to the NCAA Tournament

Coming off what can only be described as a disappointing season for Northwestern Men’s Soccer, the Wildcats must again deal with the loss of one of the faces of the program as they head into the 2016 season.

A year after having to replace long-time goalie Tyler Miller, Northwestern now must deal with the loss the program’s second all-time leading scorer, Joey Calistri.

Like Miller before him, Calistri joined the MLS ranks upon graduating, currently suiting up for his hometown Chicago Fire. While replacing a professional-caliber striker is difficult for any program, it may prove especially difficult for a Wildcats team that struggled to find the back of the net in 2015.

Even with Calistri on the roster last year, Northwestern only managed to put up an average of one goal per contest. The Wildcats were shutout in a third of their games, and only scored multiple goals in three games. Much of those struggles came from a lack of opportunity, as the Wildcats put less than four shots on goal per game.

In addition to Calistri, the Wildcats will look to replace standouts Henry Herrill and Nati Schnitman in defence, as well as Cole Missimo in the midfield. The Wildcats do return their leading goal scorer last season in rising-senior Mike Roberge. Replacing Calistri up front will be junior Elo Ozumba, who at 6’2” will give the Wildcats a consistent aerial threat in the box—something they’ve lacked in recent seasons.

If the Wildcats struggle to score again in 2016, they can find solace in the fact that their defense should remain solid as ever. Senior Nathan Dearth and sophomore John Moderwell will once again anchor the defense from center back and right back respectively.

With 42 starts over the last three seasons, Dearth comes into 2016 as the Wildcats most experienced player, experience that should prove key in keeping the Wildcats defense organized and effective.

Moderwell proved surprisingly effective as he transitioned from being a forward in high school to a right back with the Wildcats. Without the growing pains that come with a position change, he should be even more effective in the coming season.

If the Wildcats are to return to NCAA tournament in 2016 after missing it for the first time in the last six seasons in 2015, improvement in the midfield play will be key. Northwestern returns key playmakers in upperclassmen Jeffery Hopson and Sam Forsgren, as well as last year’s freshman sensation Camden Buescher. The group struggled to create goals last year, forcing Calistri to be more involved in the build up play and drawing him away from goal.

After taking small steps forward from 2014 to 2015, a big leap in playmaking from Forsgren and Hopson should free things up for Roberge and Ozumba to make more runs toward goal. The continued growth of Buescher maybe most important however, as the sophomore is clearly one of Northwestern’s most talented players, having earned Big Ten All-Freshman honors last season and previously being invited for a trial with English Premier League team Everton.

Perhaps the greatest unknown for the Wildcats is in net, as they will once again have to replace a graduating goalkeeper. After four years with Miller in net, Zak Allen performed admirably last season, posting a 1.44 goals against average while saving over 75% of opponents attempts.

New presumptive starter Francisco Tomasino will bring one thing to the table that Miller had but Allen lacked: size. At 6’4”, the former high school basketball player should bring a presence and athleticism that will allow him to command his area slightly better than Allen. Also in the running for the number 1 shirt are redshirt freshmen Robbie White and Braden Thuraisingham.

The Wildcats should also receive a boost as they return to playing on campus after spending all of last season at the Chicago Fires’ Toyota Park. While many players spoke last season about how they enjoyed the opportunity to play in such a great facility, the extra travel and fan support surely effected the team—obstacles they won’t have to face as they play their first season at the recently renovated Martin Stadium on the shores of Lake Michigan.

The Wildcats will open their season the 26th against Florida Gulf Coast at Martin Stadium. WNUR Sports will broadcast 7 men’s soccer matches this season, starting with the Wildcats home match against Wisconsin on September 14th.