Posted on August 19, 2016 by Austin Miller Leave a comment 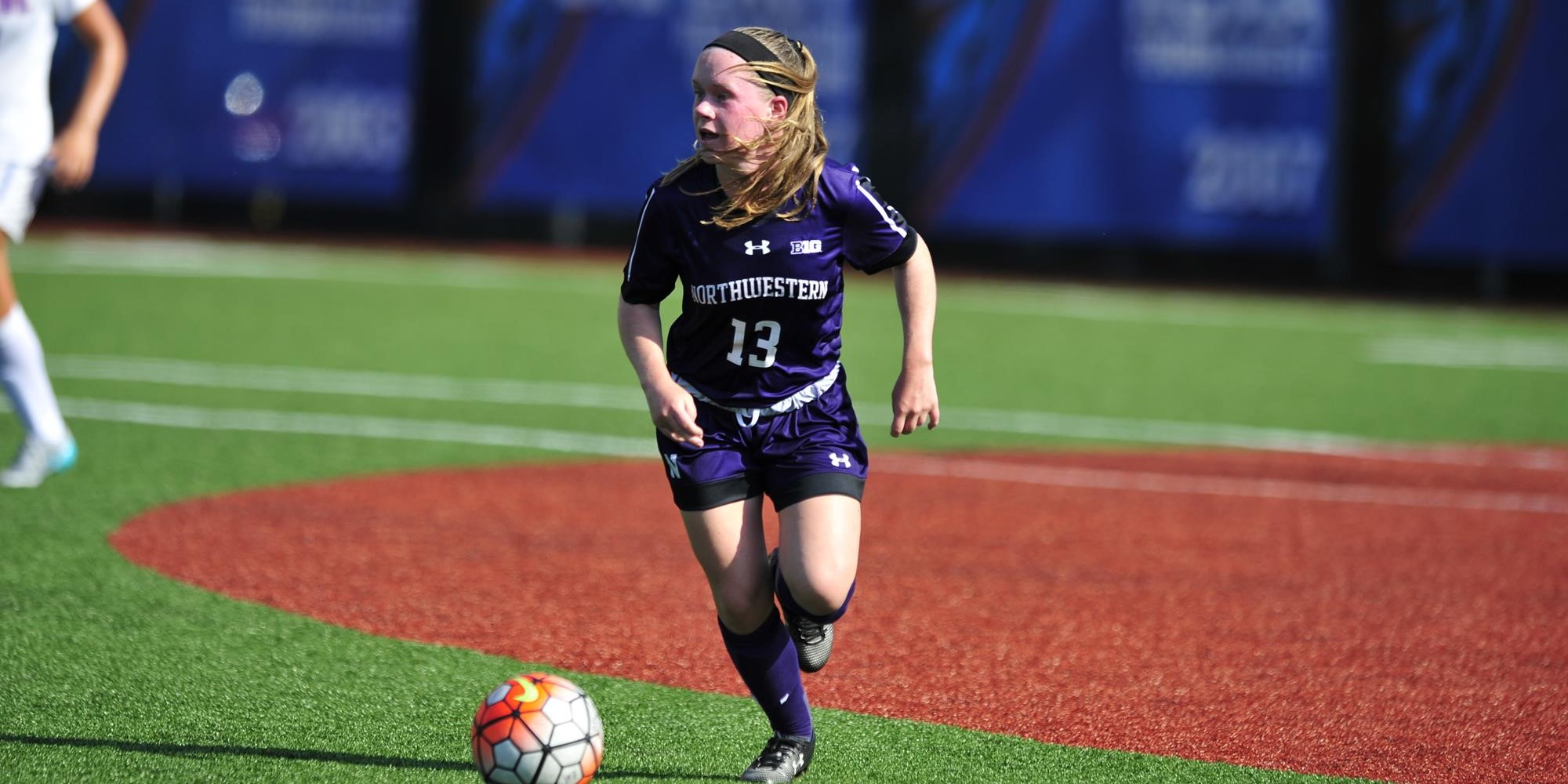 In 2015, Northwestern women’s soccer made the NCAA Tournament for just the third time in program history, and for the first time against 1998. Now, with the core of last year’s team returning, the Wildcats have their sights set on a return to the NCAA Tournament, and hope to make a little bit of noise once they get there.

As was the case last year, this season’s Wildcat team will be one that has their strength at the back. That strength starts with junior net minder Lauren Clem between the sticks. Clem has started every match since arriving on campus, and there is little chance of that changing this season. Impressively, Clem has kept a clean sheet in 20 of those 40 starts, which is already good enough for 2nd on the Northwestern all-time list.

In front of Clem, will be the central defense pairing of Hannah Davison and Kayla Sharples. The pair played together with their club team before high school, and hit the ground running upon arrival in Evanston last year. Now Sophomores, the two will anchor a back four that should also feature junior Kassidy Gorman and fifth-year senior Margo Mcginty as starting fullbacks. Head coach Michael Moynihan loves to have his team sit back and force the opposition to break them down, and last season that strategy worked to perfection. In 2015, the Wildcats conceded just 15 goals. However 7 of those came in just two matches, a 3×0 defeat to eventual national champions Penn State during the regular season, and a 4×0 loss to West Virginia in the second round of the NCAA Tournament. With those two matches excepted, Northwestern conceded just 8 times in 20 matches, less than half a goal a match. No matter what happens further up the pitch, Northwestern will be incredibly tough to break down, which should keep them in every match regardless of opposition.

The struggle for this Northwestern team will be in finding the net when they go forward. Last season, Northwestern scored just 26 times in 22 matches,  barely over one goal a game. Niki Sebo and Addie Steiner, who combined for 12 goals last year, are now both gone, leaving a massive gap up top for the Wildcats.

Michelle Manning with just 3 goals last year, is the leading returning scorer. It was Manning’s goal against Washington State in the first round of the NCAA Tournament that saw the Wildcats go through to the second round. That goal, which came when Manning took advantage of a well-placed long ball to beat the opposing keeper 1-on-1, will be the type of goals the Wildcats will look to score this season. Northwestern will sit back, absorb pressure with their incredibly strong back line, and then look to hit out on the counter.

Key to that strategy will be midfield play, and the Wildcats got a big break when it was announced that Nandi Mehta would be returning to the program after being granted an extra year of eligibility by the NCAA. Mehta and sophomore Marisa Viggiano will need to provide strong link-up play in the middle of the pitch for Northwestern. For the Wildcats to succeed, the transition from defense to offense, which will go through that midfield, will be critical to attacking success.

Northwestern adds just two freshmen to the fold in 2016, but Maddy Lucas, a forward from Plymouth, MI could contribute right away. If Lucas can hit the ground running, scoring goals like she did in high school and with her club team, then Northwestern could find the perfect formula for success in 2016: strong defensive play that leads into quick, precise scoring chances from the counter-attack. The Wildcats won’t manufacture a high number of scoring opportunities against the best of the best, meaning it will be critical for them to take advantage of chances when they do have them.