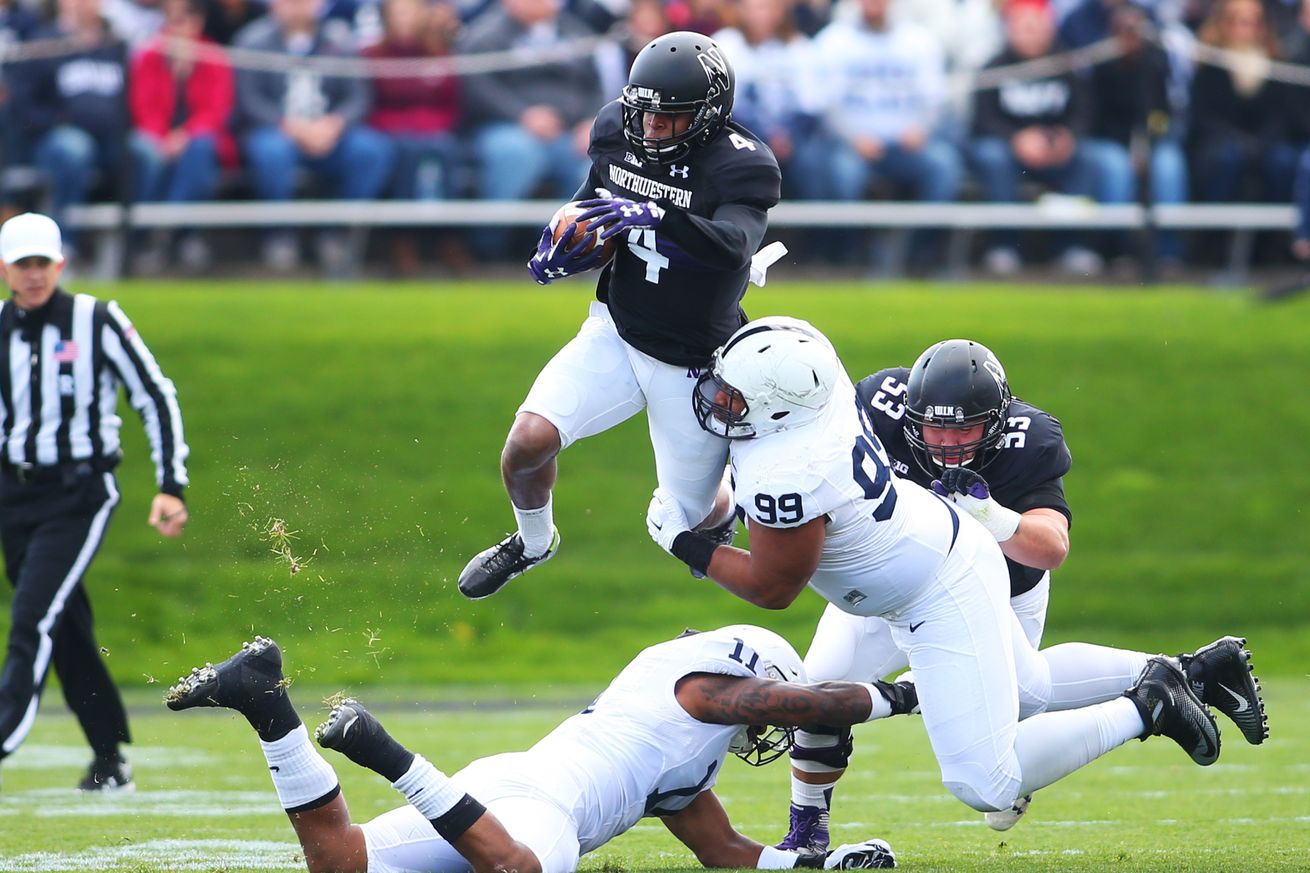 As the Wildcats prepare for their season opener against Western Michigan this Saturday, their depth chart for the year is pretty much set. Here are five players that are set up well for breakout years.

Vault put himself on the map last year as Northwestern’s kick returner, with a touchdown in both the Duke and Penn State games. He saw some action in the offense as a change of pace back, picking up 159 yards on 56 carries, but also brought his receiving ability to the table, with 11 receptions for 95 yards.

The ‘Cats are hoping the small but speedy Vault will be able to make the transition to the slot receiver spot this year. He’ll most likely be used for slant routes and dump off passes, but his ability to make plays in space will be incredibly valuable in his new role. Combine that with Northwestern’s lack of receiving depth and he has a great opportunity to put up big numbers this season. And of course he’ll still be the main option in the return game, and should continue to be a dangerous threat there as well.

With the departures of Dean Lowry and Deonte Gibson on the defensive line, the ‘Cats have some big shoes to fill, and it looks like it’ll be up to Washington and senior Ifeadi Odenigbo to do the job. Odenigbo, as the more experienced lineman, will most likely be lined up against the opposing left tackle, making for a tough assignment almost every week. However, Washington will get the more favorable matchups against opposing right tackles, giving him a better opportunity to show off his talent and contribute.

Washington, now in his third season, played in all 13 games last season, but with Lowry and Gibson around he never really had an extended opportunity. Now he’s going to be the starter, and this is his best chance to make a name for himself around the conference.

Harris had a nice year in his junior season, starting 11 games and snagging four picks, but was still in the shadow of senior corner Nick Van Hoose. With Van Hoose gone, Harris is undoubtedly the no. 1 corner for the ‘Cats heading into the 2016 season. Without Van Hoose or Keith Watkins II (out for the year), Harris is the only sure thing the ‘Cats have at the cornerback spot. It’s time for Harris to make the jump from “solid no. 2 corner” to “elite lockdown corner” and he showed flashes last year that he has the skills to do it.

Dickerson will be asked to fill former Wildcat and current Tampa Bay Bucaneer Dan Vitale’s shoes at the superback spot this season. Vitale was the ‘Cats leading receiver with 33 receptions last year, and while Dickerson probably won’t fully replace Vitale he’ll certainly play a big role in the offense. Quarterback Clayton Thorson loves to use his superback as a safety valve during a broken play, and that guy is likely going to be Dickerson.

Although Dickerson didn’t see the field much last season, he showed glimpses of his four-star recruit talent level. At 6’3 240 lbs, Dickerson is slightly bigger than Vitale, and should be able to match up well with opposing linebackers. With two years under his belt and an open starting job, this is his opportunity to shine.

A few weeks ago Hartage wouldn’t have been on this list, but after Keith Watkins II injured his knee in practice Hartage became a starting corner. He played in every game last season in his true freshman year, and was going to be in line for a good amount of playing time even before the Watkins injury. While the ‘Cats moved Marcus McShepard and Trae Williams off the corner spot, they felt comfortable enough in Hartage as their third corner going into the season. Nobody ever wants to see an injury, but now Hartage has a fantastic opportunity to show off his full ability.