Posted on September 1, 2016 by Michael Stern Leave a comment 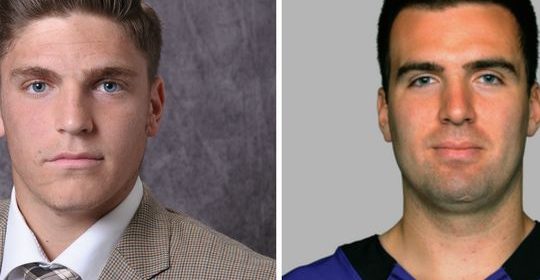 Believe it or not, Northwestern football opens the 2016 season Saturday morning at Ryan Field. The ‘Cats will be taking on the Western Michigan Broncos, one of the better teams in the Mid-American Conference. Plenty has changed in Kalamazoo since the last time the Broncos made the trip to Evanston back in 2013. A few of the same players remain from the WMU team that lost to Northwestern 38-17 three Septembers ago, but the Broncos have developed new faces, new traditions, and new methods of handing out scholarships to walk-ons since then. To catch you up to speed, here’s a quick rundown of important things to know about the Wildcats’ first opponent of the year.

-They ROW THE BOAT. From 1989-2012, the Broncos had three coaches (including last year’s Illinois interim coach Bill Cubit and three winning seasons. Then after the 2012 season, Western Michigan named a 32-year-old wide receivers coach named P.J. Fleck as the Broncos’ new head coach. To say Fleck has orchestrated a culture change in Kalamazoo would be an understatement, as Western has put together back-to-back eight-win seasons in Fleck’s second and third years in charge. One big reason why is Fleck’s team motto/philosophy theme: ROW THE BOAT. Fleck invented the life strategy after the death of his second son, and the Broncos have bought in. According to a WMU media release, the oars represent energy, the boat stands in for sacrifice, and the compass is direction, although you don’t need a compass to see that the Broncos are heading in the right direction.

As you can see from this 2013 team photo, the Broncos bought in to boat-rowing pretty quickly, and it’s paid off.

-They’ve got a bona fide superstar. One player that’s been with Fleck since year one is wide receiver Corey Davis, who’s already passed former Pro Bowler Greg Jennings on most of the school receiving leaderboards and is back for his senior season to continue climbing the national rankings. Davis has the most receiving yards of any active FBS wideout, and a 1,220-yard senior year will give him the NCAA record. Three years ago, Davis had five receptions and 112 yards against Northwestern, including a 75-yard touchdown catch. Back then, Davis was the only reliable option for Western Michigan, but now he’s part of a balanced offensive attack which includes a self-nicknamed trio of running backs (Jarvion Franklin, Jamauri Bogan and Devante Bellamy call themselves Earth, Wind, and Fire) and one of the best quarterbacks in school history. That quarterback, Zach Terrell, is a senior this season, but the Broncos already have a succession plan in the works…. 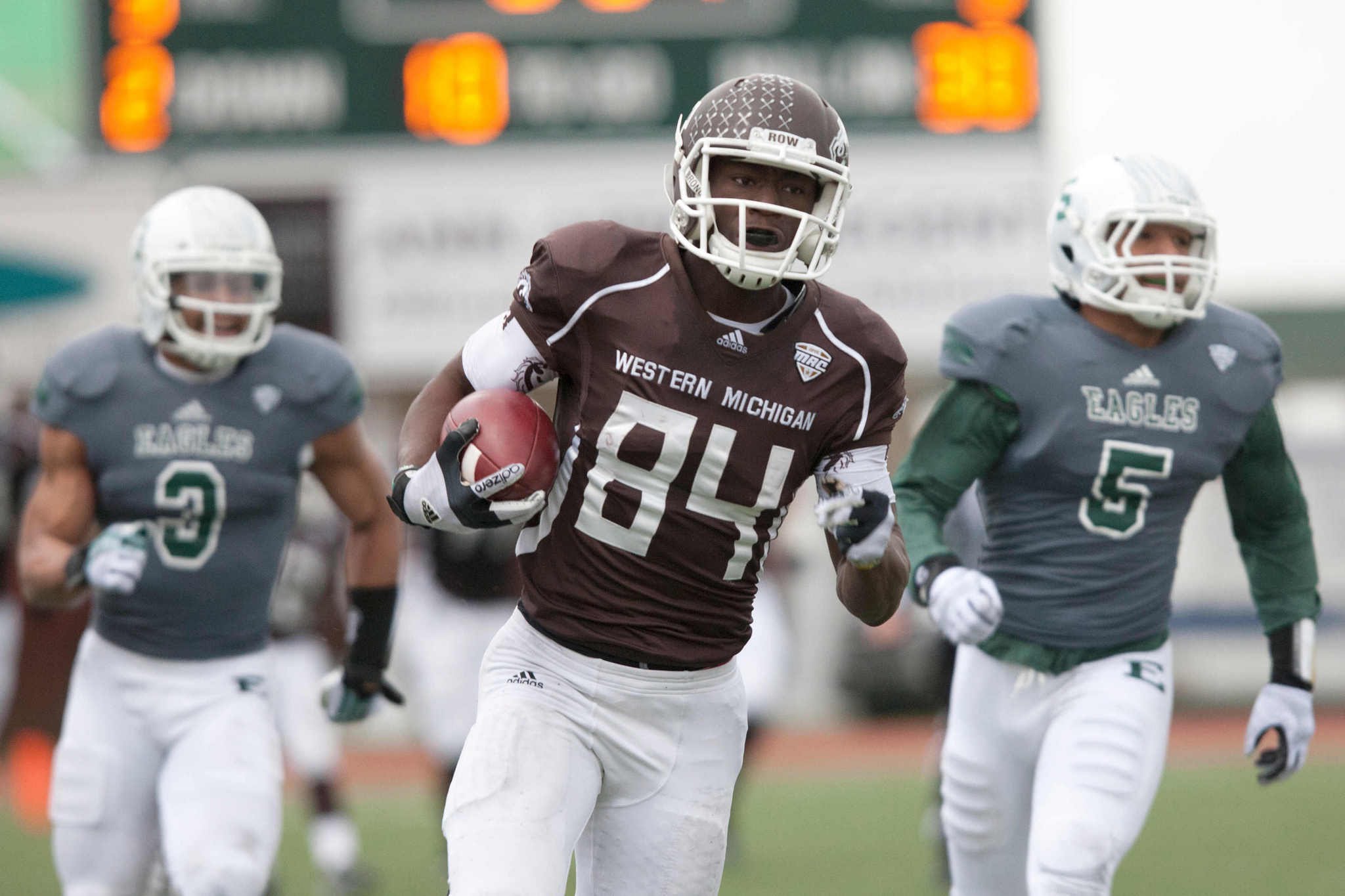 -THEY’VE GOT JOE FLACCO’S LITTLE BROTHER. That’s right. Western Michigan’s backup quarterback is none other than Tom Flacco, who’s currently serving as a change-of-pace running option under center while being groomed to take the Broncos to ELITE levels after Terrell’s graduation. Tom Flacco was a two-sport star in high school like his older (and less well-known) brother Mike, who was a 31st-round pick of the Orioles in 2009 and played four seasons in the minors. Tom Flacco himself was drafted by the Phillies in the 32nd round of the 2014 draft, but he spurned Philadelphia and baseball and headed for Kalamazoo, where one of his teammates has quite the history with the bat glove… 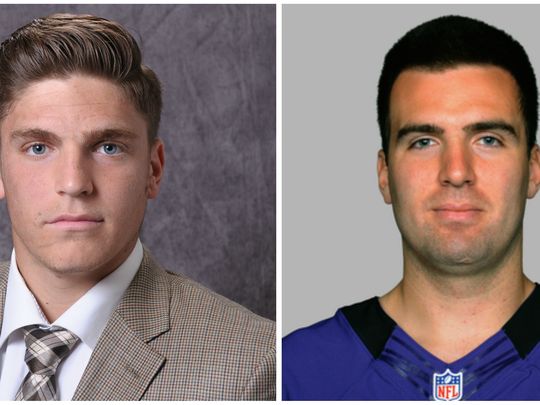 Look! It’s Western Michigan backup quarterback Tom Flacco on the left and, er, one of his brothers on the right.

-Their punter played minor league baseball for 10 YEARS. Derrick Mitchell was a 23rd-round selection of the Phillies back in 2005, and unlike Tom Flacco, he took the opportunity and headed to the minors. After ten years on the farm (including parts of the 2012, 2013, and 2014 seasons in AAA), Mitchell had had enough and decided the best way to begin the next part of his life would be to get a college education. He chose to attend Western Michigan, and soon after arriving on campus he joined the football team as a punter. Mitchell enters his sophomore season as a 29-year-old, only six years younger than his head coach, who’s still a kid at heart… 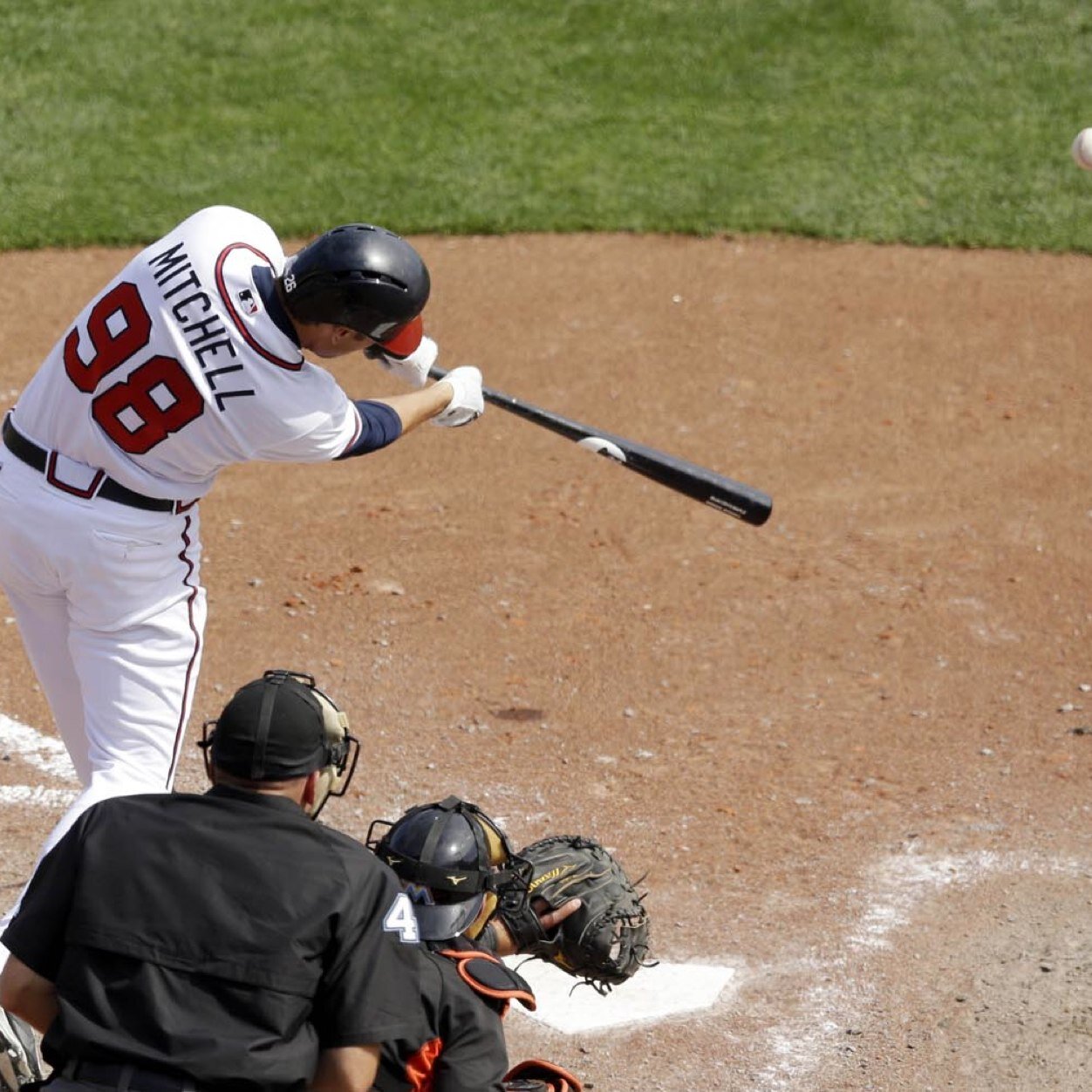 -Fleck had an eventful offseason. The Broncos have become a MAC contender under the enthusiastic Fleck, who’s always up to something exciting, be it flying an Air Force Thunderbird or awarding scholarships to walk-ons in bizarre ways. Earlier this off-season, Fleck made headlines when he emerged from the tunnel at WMU’s Waldo Stadium in full pads and challenged walk-on linebacker Kasey Carson to bring him to the ground. Once Carson succeeded, Fleck directed everyone’s attention to the video board and a personalized message featuring an appearance from Sylvester Stallone presented Carson with a scholarship. Don’t believe me? Watch the video here, and then put it on loop until Saturday morning at 11 AM because nothing gets someone pumped up for college football quite like Sylvester Stallone present a scholarship from the Waldo Stadium video board. 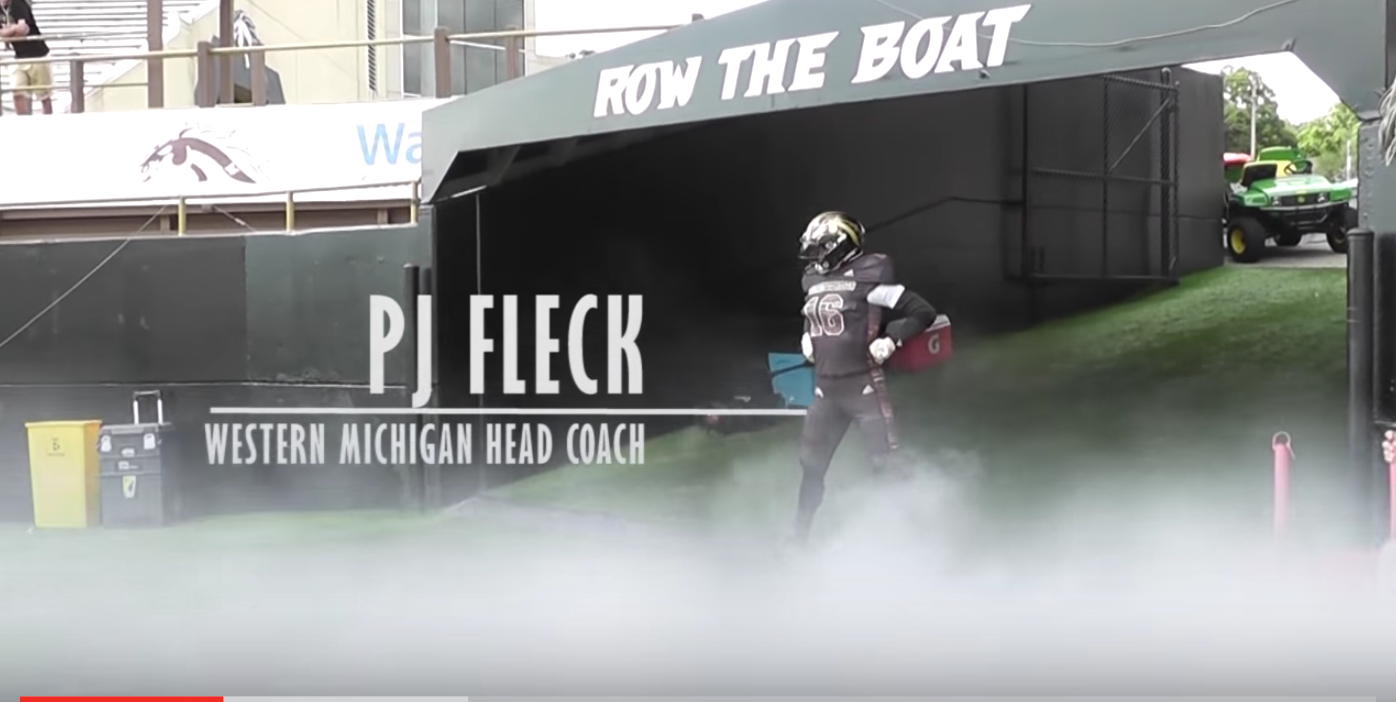 Told you coach PJ Fleck had some especially exciting ways of handing out scholarships….note the placement of “Row the Boat” on top of the tunnel and the use of smoke machines. Click the link above to see Sylvester Stallone present the scholarship and row the boat.