Posted on September 6, 2016 by Matt McHugh Leave a comment 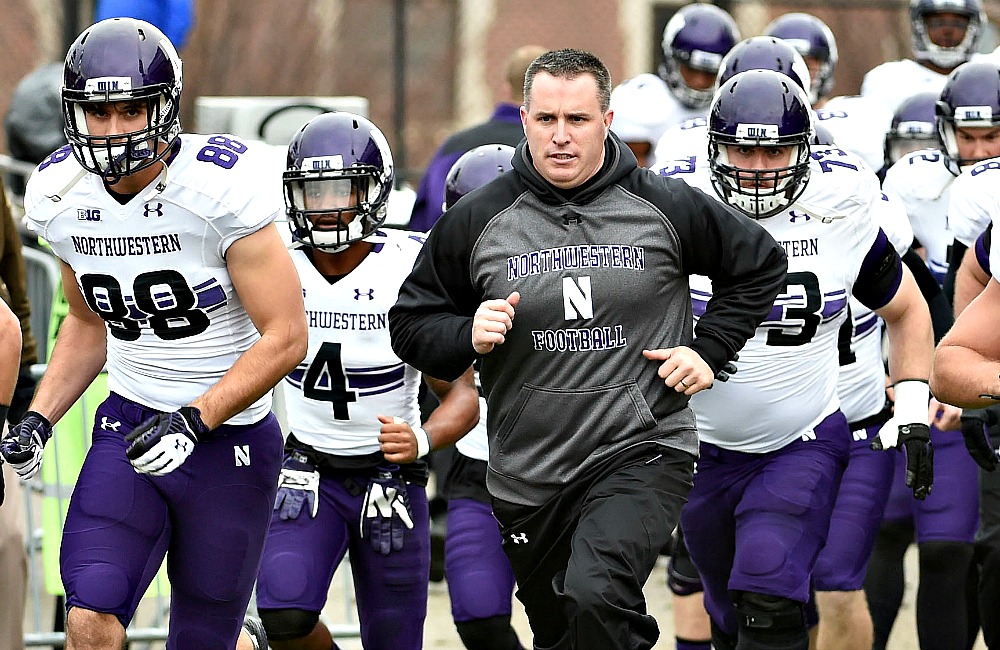 Unlike last year, the Wildcats started the 2016 season on a disappointing note last Saturday, losing 22-21 to Western Michigan. Although the final score was close, the ‘Cats were outplayed for the majority of the game, as WMU dominated time of possession and picked up almost 100 more total yards.

The ‘Cats will host Illinois State next Saturday, and that should be a less challenging matchup against an FCS team. It should also be an opportunity for the team to work out some of their issues from last week. Here are three things specifically that the ‘Cats need to fix.

1. Stop the bleeding with the front seven

Northwestern relied heavily on their dominant defensive line last season, and their front seven was a huge part of their 10-win year. But last Saturday, the ‘Cats allowed 198 rushing yards, which happened only three times last season. Care to guess which three games those were? If you guessed Michigan, Iowa and Tennessee, congrats! (kind of).

On the surface that stat seems superfluous. Of course they gave up more yards in the games they lost, duh. But it’s actually somewhat telling. It shows just how much they relied on that strong run defense to push them to double digit wins. Even if other aspects of their game faltered, their run defense was their lifeline. As the run defense went, the ‘Cats went.

Also, all of those games were blowouts (in case you forgot, sorry), so their opponents had time to rack up some extra rushing yards while chewing clock. Last Saturday’s game was close the whole way, and the Wildcats never gave up that much in the running game in any close game last year.

So what’s different this year? Well for starters, the Wildcats lost senior defensive ends Dean Lowry and Deonte Gibson from last year. Their replacements (Ifeadi Odenigbo and Xavier Washington) were ok, but inconsistent. It’s unreasonable to expect them to completely replace the production of Lowry and Gibson, but the difference between last year and this year might be greater than expected.

In addition, Anthony Walker didn’t look like the superstar that he was last year. He wasn’t noticeably good or bad, but the ‘Cats need him to be noticeably good. He’s the main threat in the front seven now that Lowry is gone. He’s the guy you don’t want to be matched up against. He’s the guy who always needs to be picked up by the extra blocker. He’s the guy who should be demanding double teams. He was none of those things last week, and that needs to change against Illinois State next Saturday.

Vault is one of the most explosive players on the entire roster, and the ‘Cats moved him from running back to wide receiver over the offseason in an effort to patch up one of their weaker positions. However, in week one, he only had three touches on offense (one carry, two catches). Clayton Thorson still isn’t much of a deep-ball thrower, so he needs to have options like Vault available for short passes.

Austin Carr had a nice week as the number one option in the passing game, with five receptions for 75 yards. But incorporating Vault into the offense a little more would add more unpredictability and keep the defense on their toes. Vault is a player who the defense can’t afford to let into open space, and having to keep track of him and Carr as serious threats would be a challenge.

Another way to get Vault involved in the offense is in the running game. The ‘Cats (unsuccessfully) tried to run a reverse play with Vault last week, and that should certainly remain an option next week. But especially with Warren Long out, it’d be interesting to see Vault take a carry or two at the halfback spot. He definitely doesn’t have the size to play the position, but giving him a carry here or there would help change the pace of the offense and keep the defense off guard.

Last week, especially in the second half, the Wildcats used a zone coverage almost all the time. It was understandable, since guarding star WMU receiver Corey Davis one-on-one was undesirable, but next week that will need to change.

Their zone coverages became very predictable, and the Broncos were able to slice it up with a bunch of short passes. WMU quarterback Zach Terrell completed 26 passes, but only averaged 8.38 yards per completion. The ‘Cats were able to prevent the deep pass, but their zone left the short passes open.

Illinois State doesn’t have any receiver close to Davis’ elite level, so running some man coverages here and there shouldn’t be an issue. Man coverage still probably isn’t the most desirable option for the ‘Cats, considering their lack of healthy experienced corners, but running mostly zone with some man is a lot better than all zone.