Posted on September 13, 2016 by Matt McHugh Leave a comment 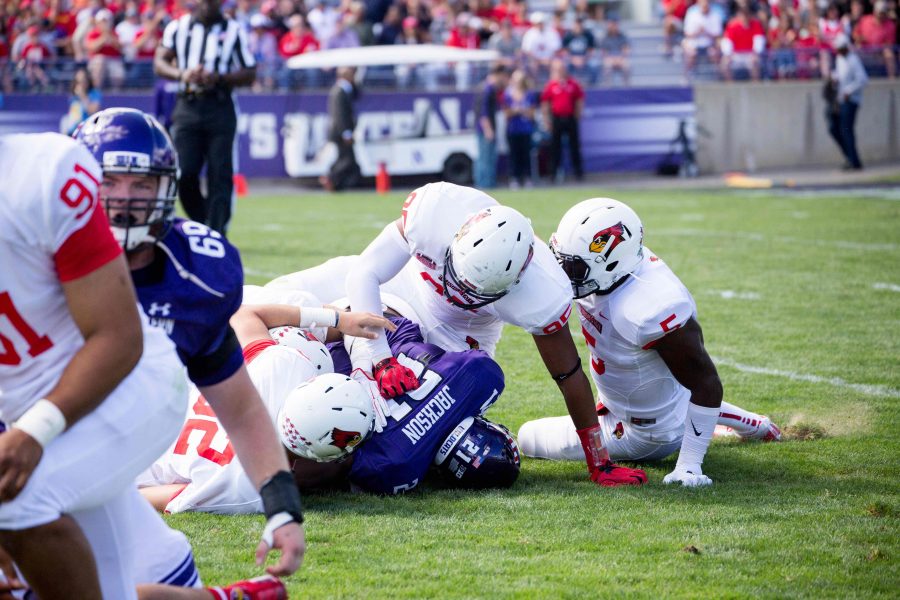 Even the most pessimistic Northwestern fans didn’t predict an 0-2 start against Western Michigan and Illinois State. It’s looking more like last year will be known as THE 10-win year, not another 10-win year.

And that’s okay. A ton of things broke the right way, and they rode a great defense to a thrilling, fun 10-win year. That doesn’t happen a lot for this program, so it’s unreasonable to expect it every season. But even if the ‘Cats were expected to drop into the 7-8 win range, nobody saw those extra losses coming at home against weak non-conference opponents.

I’m still holding out some hope for this group though. Holding them to their performance last season is unfair, but yes they should win at least one game this year. At some point. Maybe.

What has gone wrong

Well in the first two weeks, the darkest timeline unfolded. The secondary got really banged up, the new starters on the defensive line failed to take the next step, Anthony Walker hasn’t been the superstar he was last year and the quiet offense has been, well, very quiet.

The secondary’s injuries are the most worrisome of all those problems, due to the lack of depth at the position. Losing Keith Watkins before the season and Matthew Harris last week makes Montre Hartage and Trae Williams the starters next week. Hartage played mostly on special teams last year and Williams redshirted for the year. These are the two most experienced healthy corners.

The ‘Cats thankfully have more depth at front, and they’ll use that to their advantage next week by shuffling their D-Line around a little bit. C.J. Robbins played moved from defensive tackle to defensive end last week, moving Redshirt-freshman Fred Wyatt into a starting spot. Redshirt-freshman Joe Gaziano also saw more time in the D-line rotation last week, and that should continue next week as well.

On the offensive side of the ball, the ‘Cats had trouble getting a strong push up front, and the running game struggled as a result. The line also struggled in pass protection, and that folks is how you end up scoring seven points against an FCS team!

I wrote about Anthony Walker’s problems last week, and he was basically the same last Saturday. He wasn’t bad, but he wasn’t noticeably good either and he needs to be. It’s still early, but the fact that he couldn’t get back to superstar form against Illinois State was discouraging to say the least.

Can things get better?

Well they can’t get worse, right? There is still enough talent on this team to beat some of the weaker Big Ten teams, but they’re still clearly in the bottom half of the conference. The defense hasn’t been terrible so far, and I still believe it can be better. Walker should improve, and maybe the new-look defensive line clicks. If Harris comes back strong from his injury that unit should improve too.

On the offensive side, if the ‘Cats can run the ball like they did last year that would be a huge step in the right direction. The lack of a dominant running attack against Illinois State was discouraging, but star running back Justin Jackson only had 11 carries. I’d expect that number to increase against Duke next week.

So going forward, some marginal improvements across the board should put the ‘Cats in competitive games against their weaker opponents (starting with Duke on Saturday). It seems impossible now, but some things will break the ‘Cats way this year. If that happens in those close games they’ll pick up a few wins.

But unfortunately this team is going to need a lot to go right if they’re going to make it to .500. That’s a harsh reality after last season, but .500 wasn’t going to be easy before the season and it’s a lot harder now. The ‘Cats are better then they’ve been so far, but they’re still quite flawed and have plenty of improvements to make.