For Northwestern Women’s Soccer, Success Starts at the Back

Posted on September 15, 2016 by Austin Miller Leave a comment 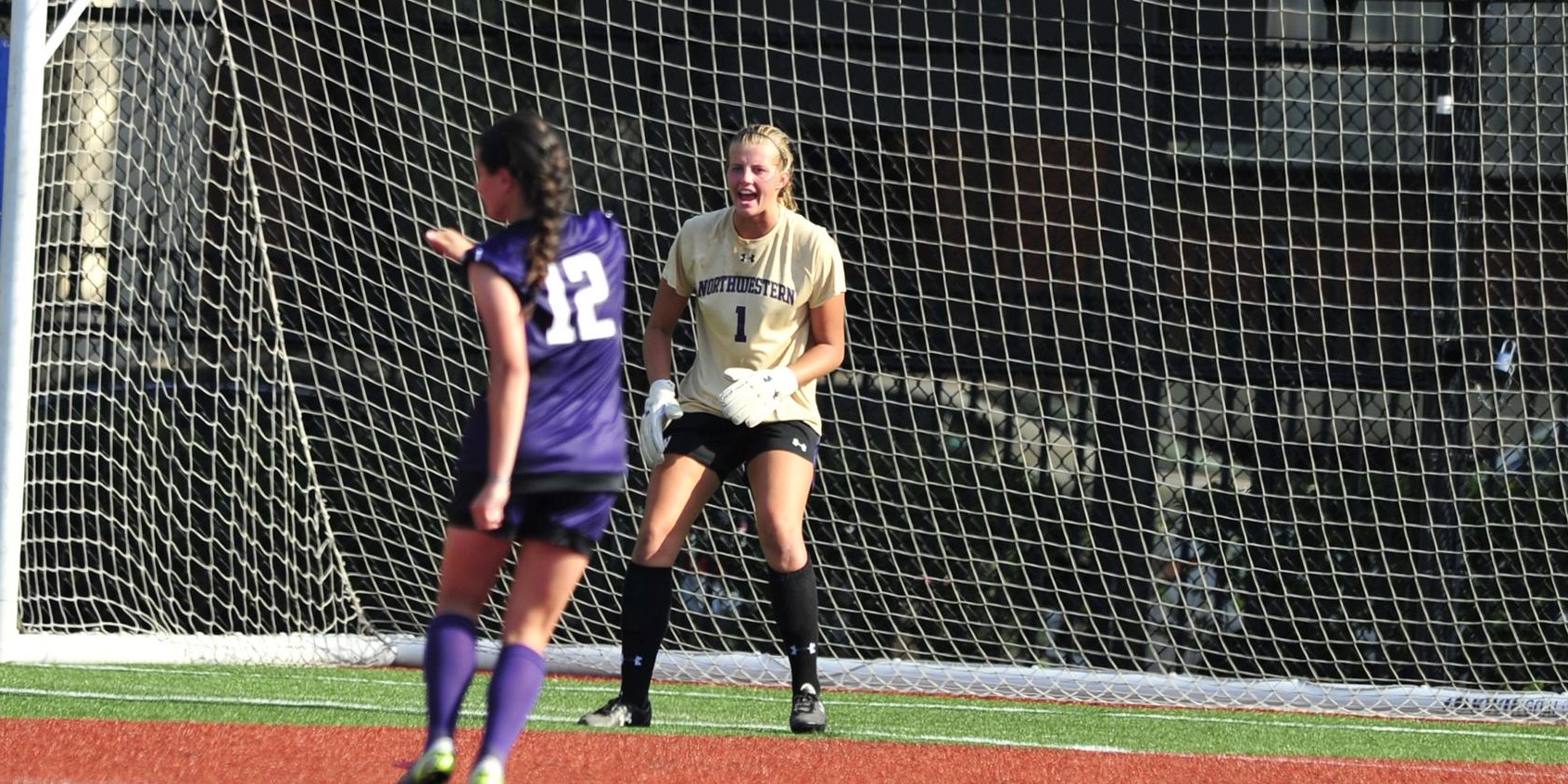 Last year was one of the most successful in Northwestern women’s soccer history. The Wildcats finished 14-6-2 and qualified for the NCAA Tournament for just the third time in program history. Once there, Northwestern defeated Washington State in the first round, before falling to nationally-ranked West Virginia in the second round. This year, Northwestern is looking to be even better.

Through seven matches in the 2016 season, the Wildcats have won seven times, conceding just one goal. Much of the team’s success, both this year and last, has come from junior goalkeeper Lauren Clem. In 50 career starts (every match since she arrived on Northwestern’s campus) Clem has kept 28 clean sheets. Despite not yet being halfway through her third year in Evanston, the Stevensville, Michigan native has already shattered the program record for shutouts, and looks to be well on her way to setting the record so high that very few after her will have a chance to break it.

In her time at Northwestern, Clem has started every single match, and played all but 40 minutes. Head coach Michael Moynahan said that from her first moment on campus, Clem  impressed with her athleticism. “She was a three sport athlete in high school, and two of the sports involved using her hands. From the very beginning she could make some fantastic saves,” said Moynahan. That athleticism, combined with Clem’s relentless desire to get better, is what’s given Moynahan the confidence to ride with Clem from day one.

Since the start of her tenure at Northwestern, breaking the shutout record has always been on Clem’s mind. For her to have already broken it, which she did just four games into her junior year is a feat that’s certainly impressed her head coach. “There’s a lot of goalkeepers that have played a lot of action and seen a lot of minutes [at Northwestern], so for Lauren to be where she’s at, as a junior, is pretty impressive.”

While Clem has kept six clean sheets in 2016, some have been easier than others. In Clem’s first two home games, against Indiana State and Colorado State, she faced just 3 shots total, including none from the Sycamores. In matches like that, where she’s not often challenged, Northwestern’s strong back-line deserves as much credit as Clem for the clean sheet.

When she’s not consistently called into action during a match, Clem stays focused through constant communication with her teammates. “If I’m not personally touching the ball or involved with it, I’m trying to talk to my defense and ask them questions and see if they can get higher. I think that constant chatter and encouragement for them to score keeps me focused.” Against Marquette on Sunday, after an easy start, Clem was called into action on multiple occasions at the end of the match, and made the saves necessary to seal a 1-0 win for Northwestern.

While Clem is always happy to get the win, in whatever format, its matches like the one against Marquette that excite her most. “I definitely like to be challenged, I think it’d be fun to have at least one or two good saves and still keep that clean sheet.”

While Clem’s impressed with her athleticism, both she and Moynahan cited the same facet of her game as something they’d like to see improved. “I’m definitely trying to work on my distribution, it’s good for my defenders to know that if ever they’re in a stressful situation, they can step on the ball and pass it back to me” said Clem, while Moynahan added, “I’d like to be able to play back even more… Her kicking game and using her feet was not something she was used to… it’s still an area we’re trying to develop”

Last season, Northwestern was successful despite being dealt a tough hand as far as where they played their home games. With Martin Stadium undergoing renovations, the Wildcats were forced to play their home games around the Chicagoland area, including at Toyota Park, home of MLS’ Chicago Fire. Both Clem and Moynahan were thankful for the opportunity to play at a professional stadium last year, but were quite excited to be back on campus in 2016. “That was an awful lot of strain last year.” said Moynahan. “We’re grateful for that opportunity to play there, but it’s so nice to be back here.”

Back on campus, and with a back-line among the best the nation, the sky seems to be the limit for Northwestern in 2016. The ‘Cats open up Big Ten play against Indiana tonight, before hosting Purdue on Sunday. If the Wildcats continue to win, and impress defensively, it seems as though it’ll be only a matter of time before they’re back in the top 25, and ready to make a run at both the Big Ten title and in the NCAA Tournament.