Why Northwestern will beat Iowa on Saturday

Posted on September 27, 2016 by Matt McHugh Leave a comment 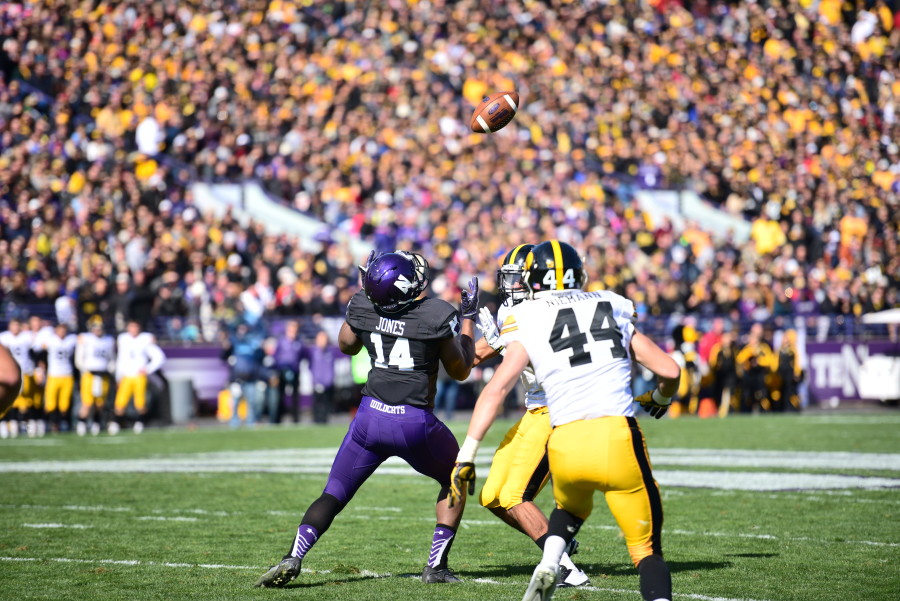 The Northwestern Wildcats have been…uhh…not good to start the year. They’re 1-3, and coming off a home loss that easily could have been a lot worse against Nebraska last week. This is a team with a banged up secondary that has struggled in the trenches on both sides of the ball.

But it hasn’t been the best start for Iowa either. Iowa came into the season as the favorite to win the Big Ten West, but even after a 3-1 start that status is more up in the air now. They lost to FCS team North Dakota state and pulled out an unimpressive 14-7 victory at Rutgers last week.

All of that said though, Northwestern fans remember what happened against Iowa last year. The ‘Cats were embarrassed in their only home loss of the season. And this year’s Northwestern team hasn’t inspired much confidence at all. But for a couple reasons I think Northwestern can hang in there and pull off the upset.

First of all, Iowa allowed almost 200 rushing yards last week to team that really can’t ever seem to move the ball. Even with the underperformance of the Northwestern offensive line so far this year, Justin Jackson is still the best part of this team. His ability to make something out of nothing gives the ‘Cats a huge advantage in their running game. If Iowa starts to tire up front, watch out for some big runs later in the game.

This wasn’t just a one-game problem for Iowa either. They struggled to stop the run against North Dakota State two weeks ago as well. If the Wildcats can keep the game competitive for the first half, I’m confident in Jackson’s ability to wear down that defensive line and give the ‘Cats a consistent, reliable offensive performance.

I also like Northwestern’s advantage in the passing game, which is something I didn’t expect to say earlier this year. Iowa quarterback C.J. Beathard has really struggled in the last two weeks, throwing for 314 yards combined, and the Hawkeyes don’t really have an elite number one receiver. This is exact kind of passing attack that Northwestern should be excited to face, as their two inexperienced corners haven’t held together for a full game.

For the ‘Cats, Clayton Thorson has looked better in his second season, despite very little pass protection. He had a career game against Duke two weeks ago and looked solid against a strong Nebraska defense last week. He still makes his fair share of mistakes, but the trajectory is certainly positive and his talent is starting to show. Also, the emergence of Austin Carr as a legitimate number one receiver is something the Wildcats didn’t have last year, but he’ll have his hands full with star cornerback Desmond King this week.

Finally, I think head coach Pat Fitzgerald’s somewhat surprising (and motivational?) press conference after Saturday’s game could light a fire under the team. It’s hard to say how much of it was coach-speak vs. actual signs of change, but he said he was going to push the guys in practice and he’s not afraid to mix things up. This team lost as many games this month as they did all of last year. Sure they lost some guys, but the difference isn’t that big. Fitzgerald knows they can be better, and the team can prove it with an upset win in Iowa City.