Posted on October 2, 2016 by Jason Dorow Leave a comment 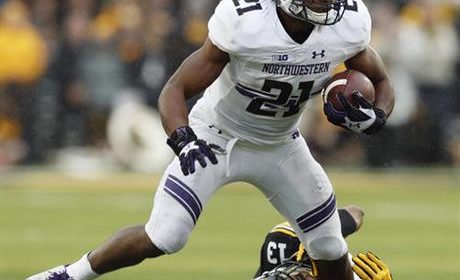 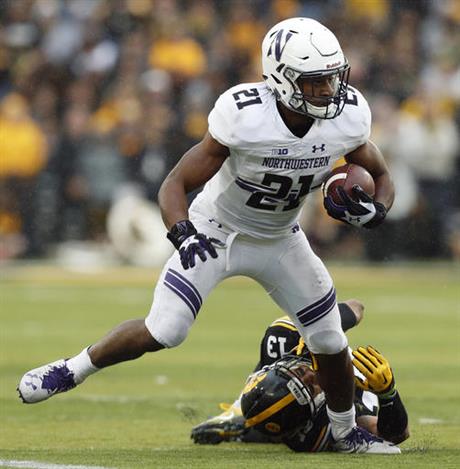 The non-conference schedule was supposed to be a breeze for the Northwestern Wildcats. They were supposed to enter a treacherous October slate with at least two, if not three, wins under their belt. And Iowa was supposed to win by 13 points Saturday.

Throw all of that out the window.

The Wildcat offense that sputtered throughout September came to play in Iowa City and posted 38 points en route to a seven-point victory over the Hawkeyes, moving Northwestern to 2-3 on the season and 1-1 in Big Ten play.

Justin Jackson racked up 171 yards on the ground and accounted for more than half of NU’s total yards as the Wildcats outgained the Hawkeyes 362 to 283. However, the man of the hour was Austin Carr, who came into Saturday with more receiving yards than any Wildcat accumulated in 2015. The senior from California had three touchdowns on six receptions for 73 yards.

Northwestern set the tone early in the game by scoring on three of their first four drives. A rushing touchdown from Clayton Thorson, 25-yard field goal from Jack Mitchell and Carr’s first score had the Wildcats up 17-7 several minutes into the second quarter. The lead didn’t hold for long.

Iowa went on a 17-0 run with Akrum Wadley’s second rushing score of the day and a 15-yard touchdown connection from C.J. Beathard to Riley McCarron. With the help of several big punt returns from Desmond King, the Hawkeyes led by seven just four minutes into the second half.

The Wildcats answered emphatically with an 11-play, 75-yard drive capped off by Clayton Thorson finding Austin Carr in the corner of the end zone to tie the game.

On the ensuing kickoff, linebacker Brett Walsh was injured in coverage. He was carted off the field and transported to a nearby hospital. Pat Fitzgerald confirmed after the game that all tests on Walsh came back negative, and he’d be able to make the trip back to Evanston Saturday night.

Northwestern finished strong with back-to-back-to-back touchdown drives, highlighted by a 58-yard Justin Jackson touchdown scamper. The Hawkeyes got into the end zone to draw within a score with four minutes and change to play, but two drives later Trae Williams picked off Beathard in NU territory to seal the Wildcat victory.

The Wildcat offense garnered the spotlight Saturday, but the defense also made huge strides from their performance against Nebraska. Ifeadi Odenigbo recorded four sacks, and the team put C.J. Beathard on his backside a total of six times. Even more impressively the Wildcats held Iowa to 79 rushing yards and the Hawkeye tailbacks to 3.5 yards per rush.

With the victory Pat Fitzgerald’s squad moves back into the thick of the Big Ten west division. The Wildcats have a bye week coming up and then travel to East Lansing for a duel with the Michigan State Spartans.