Northwestern Football…Has this ever Happened Before?

Posted on October 18, 2016 by Michael Stern Leave a comment 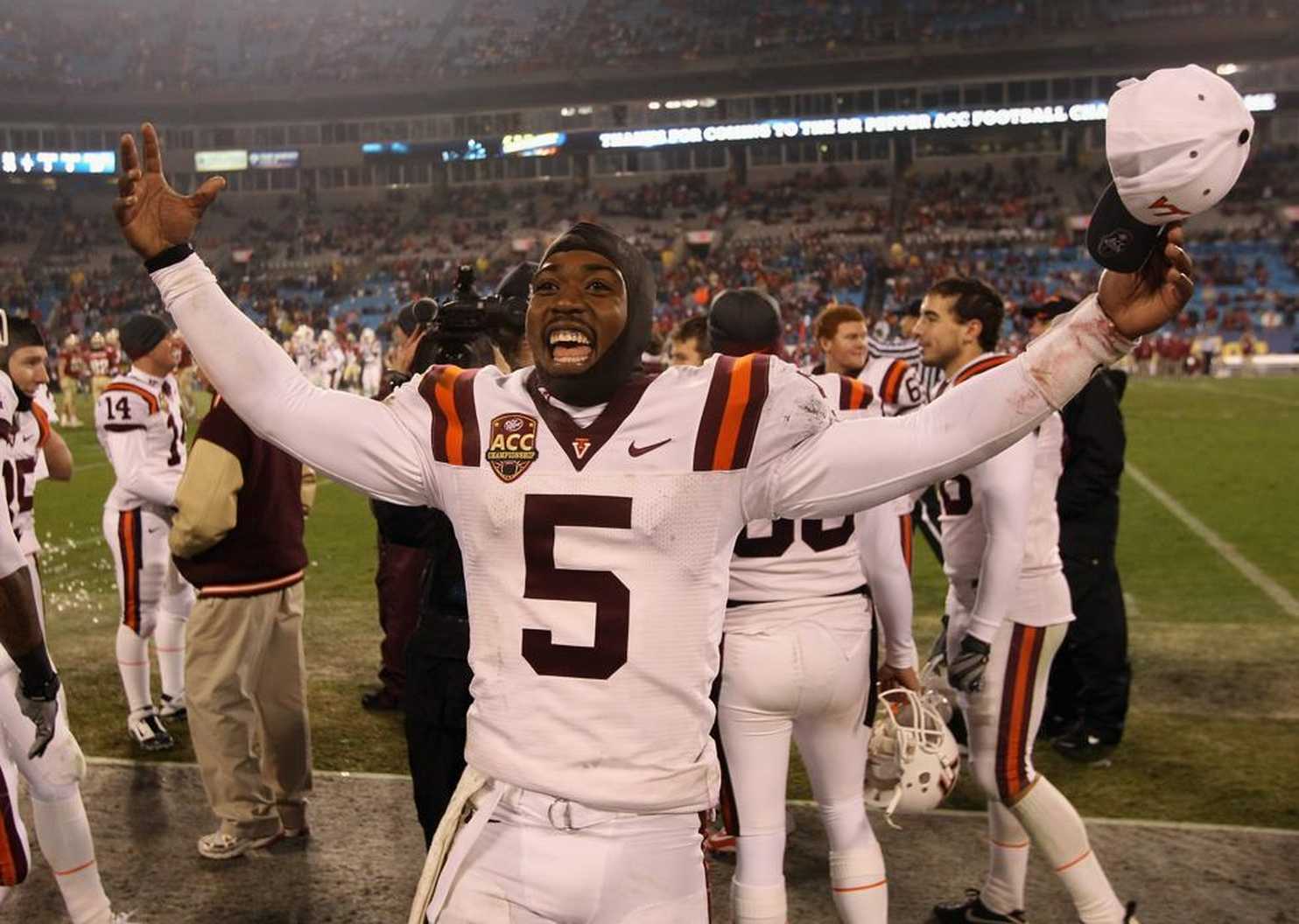 Tyrod Taylor and Virginia Tech rebounded from a loss to FCS foe James Madison to rattle off 11 straight victories and claim the ACC title.

It’s hard to imagine a team scoring seven points in a home loss to an FCS team and scoring 54 points in a road victory over a conference opponent in the same season, but Northwestern football  has already accomplished this drastic turnaround in 2016. If the Wildcats keep playing well, they should be able to reach their second consecutive bowl game, but the FCS team that knocked off the Wildcats hasn’t lived up to the hype since their big win. Illinois State started the season 2-0 and left Evanston ranked fifth in the FCS, but the Redbirds proceeded to lose their next four games and currently sit at 3-4.

This struck me as an unusual, three-pronged event. First, an FBS team loses to an FCS team. Second, the FBS team rebounds to reach a bowl. Third, the FCS team turns out not to be very good after all.

A handful of FBS team fall short against FCS teams every September, but the FCS victor is usually an elite team (see Appalachian State against Michigan a decade ago, or North Dakota State against Iowa earlier this season) or the FBS loser is, well, not very good (Colorado lost to Sacramento State in 2012, and while the Hornets only finished 6-5 in the FCS, the Buffaloes finished 1-11).

I set out looking for test cases that fit into this very narrow box. I defined an FCS team being “not very good” as not qualifying for the FCS post-season tournament and went on my merry way.

The first team I thought of was Washington State, but the Cougars have actually lost to two talented FCS opponents in the last two years. Portland State knocked off Mike Leach’s squad in 2015, but the Vikings finished 9-3 and reached the second round of the FCS playoffs. This year, Eastern Washington upset the Cougs, but the Eagles currently sit at 5-1 and are ranked third in the latest FCS poll, with their only loss coming in overtime at perennial powerhouse North Dakota State.

While Washington State didn’t fit the desired scenario, three teams over the last 11 years did.

This wasn’t a talented Stanford team by any stretch of the imagination. Coach Walt Harris and the Cardinal exited training camp with a talented quarterback (Trent Edwards) and not much else. When Edwards injured his hand in the first quarter against UC Davis in week two, the Cardinal struggled to generate any offense against their FCS foe. Stanford used two fumble return touchdowns to build a 17-0 lead, only to see the Aggies come roaring back, take a 20-17 lead with eight seconds remaining, and hold on for the upset. UC Davis finished the season 6-5, while the Cardinal barely missed a bowl game at 5-6. Stanford had a couple close calls that could have resulted in bowl eligibility, namely squandering a 24-3 fourth quarter lead against Maurice Jones-Drew and UCLA and losing to Brady Quinn, Jeff Samardzija, and Notre Dame on a late fourth quarter touchdown.

The Paul Chryst era at Pitt got off to about the rockiest start imaginable, when the Youngstown State Penguins marched into Heinz Field and walked out with a 31-17 victory. While YSU eventually climbed to number three in the FCS polls and set up a colossal showdown with top-ranked North Dakota State, the Bison won the big game 48-7 and Youngstown State finished 7-4 and missed the playoffs. Pitt, on the other hand, rebounded from the season-opening setback, knocking off two ranked teams (Virginia Tech and Rutgers) and finishing the season 6-6. The Panthers could have qualified for a more prestigious bowl had they held a 20-6 fourth quarter lead against highly ranked Notre Dame, but Pitt settled for a third consecutive trip to the BBVA Compass Bowl in Birmingham, Alabama, where the Panthers were soundly beaten by Bo Wallace, Donte Moncrief, and the Rebels.

The most successful rebound ever from a loss to a mediocre FCS opponent easily belongs to the Hokies, who entered 2010 with sky-high expectations. After dropping a much-hyped neutral-site nail biter to Kellen Moore, Doug Martin, and Boise State to open the season, Frank Beamer’s Hokies were caught sleepwalking against James Madison. The Dukes scored a stunning 21-16 victory in Blacksburg, but finished the season 6-5 and missed the FCS playoffs. Virginia Tech used the upset loss as a turning point, rallied behind dual-threat dynamo Tyrod Taylor, rattled off 11 consecutive wins, and won the ACC. The Hokies’ topsy-turvy ride ended in a blowout Orange Bowl loss to Andrew Luck, Jim Harbaugh and Stanford.

If the Wildcats can reach a bowl, and the Redbirds fail to qualify for the FCS playoffs, Northwestern will join this extremely short list. Perhaps, the Wildcats will even become the first team to meet the three above criteria and win a bowl game. With this Northwestern squad, you never know what to expect.