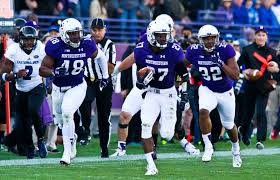 After suffering significant injuries in each of the past four seasons, Northwestern senior CB Matthew Harris announced Monday he is retiring from football.

Harris was most recently injured in the Illinois State game, suffering a head injury that has sidelined him since. Harris suffered a significant injury in each of his four years with the ‘Cats, including a concussion his sophomore year against Penn State and broken bones in his face against Michigan last season.

In a Northwestern Athletics Press Release, Harris said: “This is an incredibly difficult decision to reach, but it is the right one for me and for my future,”  he said. “I’m so thankful for Coach Fitzgerald, Coach Brown and the rest of the staff that brought me to Northwestern and have mentored me over the last several years. My teammates are like brothers, and while not being on the field with them has been frustrating and challenging, I’m so proud of the group and what we’ve helped build together. I owe thanks to our athletic training and sports medicine staffs, whose care throughout my Wildcats career has been outstanding. Finally and most importantly, I can never appropriately express the love and gratitude I have for my family, which has supported me on every step of this journey and will continue to for years to come.”