Posted on October 25, 2016 by Matt McHugh Leave a comment 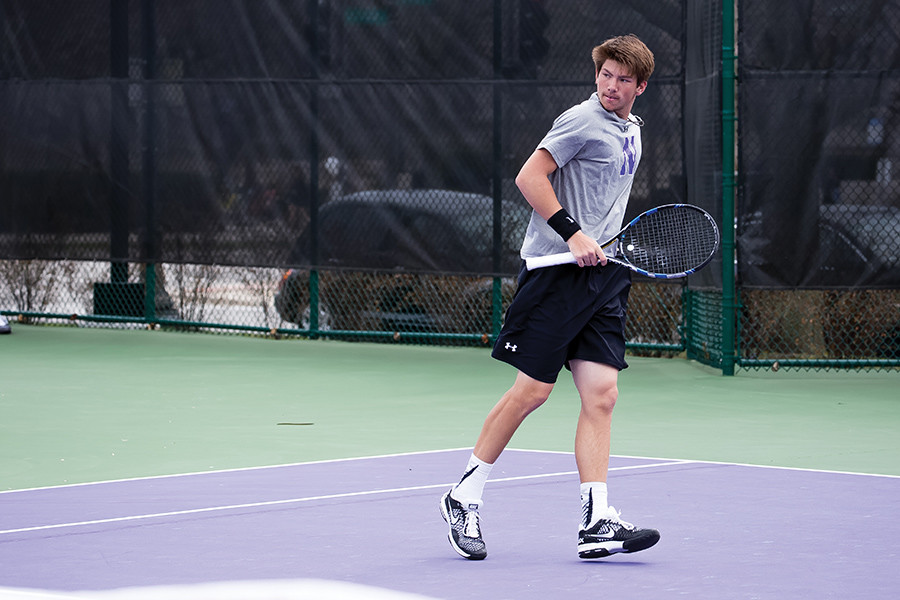 Their season doesn’t officially start until Jan. 15 at Vanderbilt, but now is the perfect time to hop on the Northwestern men’s tennis bandwagon.

Yesterday, senior Strong Kirchheimer won the ITA regional title at Ohio State, and he’ll move on to the national tournament in two weeks. Kirchheimer was the no. 2 seed in that tournament, and took care of business easily, winning in straight sets 6-3, 6-0.  That’d be one thing if he was the no. 1 singles player for Northwestern, but he’s no. 3. That’s how stacked Northwestern men’s tennis is for the 2016-17 season, and that’s why you should start caring right now.

Kirchheimer is one of three seniors returning for the ‘Cats this season, and they are all coming off of dominant performances last year. Konrad Zieba was a unanimous First-team All-Big Ten selection last year, and is ranked no. 12 in the country by the ITA. His singles record of 21-10 may not seem all that impressive on the surface, but considering he played every match at the no. 1 spot he got the opponent’s toughest player every time.

His doubles partner and no. 2 singles player, Sam Shropshire, was also a first-team All-Big Ten player last year. He’s had an excellent singles career, going 68-26 and 21-9 last year, but his doubles success has been even better. Last year with Zieba, the doubles team went 21-5 and dominated the no. 2 doubles spot. Their winning percentage was the third-best by a Northwestern doubles team in school history. And they’re coming back after a full year of playing together.

The three seniors are undoubtedly the keys to this season, but there are other significant contributors as well, including sophomore Ben Vandixhorn. He was a regular in the Northwestern lineup last year, playing mostly the no. 6 singles spot, and he finished 21-6 overall. He may not be on the same level as the ‘Cats three top players, but he presents a sign of good things to come while still contributing right now.

The rest of the Big Ten certainly has some talent, but Northwestern’s road to a Big Ten title is far from impossible. The biggest threat will most likely be Ohio State, who handed the ‘Cats their only conference loss last year en route to an undefeated Big Ten run. They also have Mikael Torpegaard, the best player in all collegiate tennis according to the ITA rankings, in addition to three other top 100 players.

Illinois could present a difficult threat as well, as the ‘Cats barely pulled out a 4-3 upset win last season. Aleks Vukic, the no. 3 ranked player in the country, will be back and tough to beat, but Zieba was able to get a set off of him last year. Although all-American Jared Hiltzik graduated, his younger brother Aron is still there and is the no. 46 player in the country. Kirchheimer took a set off of him last year but came up short, so this will clearly be a marquee matchup that the ‘Cats will be looking forward to.

There are eight big ten players currently ranked in the ITA top 50. Northwestern has three of them, all with three seasons of experience under their belts. This year is looking like the perfect storm of experience, depth and star power that the ‘Cats could be not just one of the best teams in the Big Ten, but one of the best teams in the country. Get on the bandwagon now and enjoy the ride, because this is shaping to be a ridiculously exciting season of men’s tennis.