Posted on October 26, 2016 by Austin Miller Leave a comment 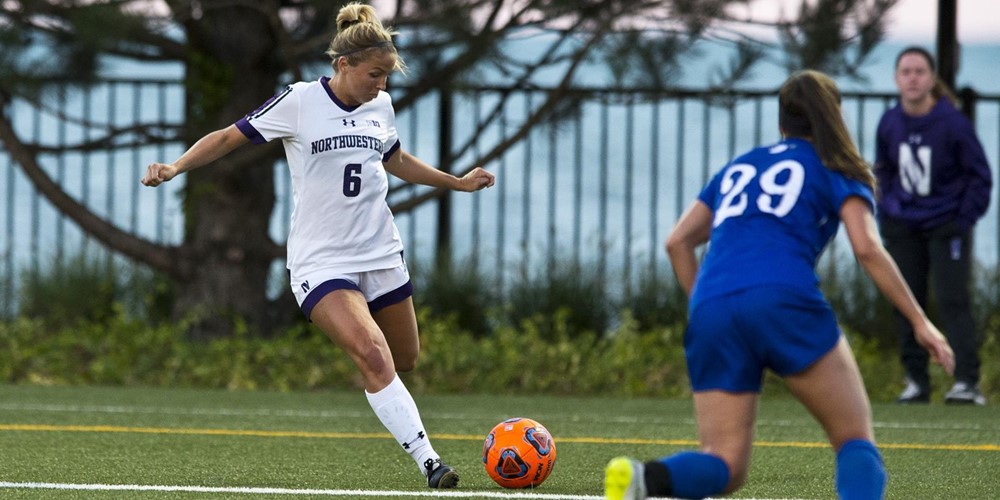 Northwestern women’s soccer has a chance to do something the program has never done when they take on Illinois tonight: Win a Big Ten Championship.

Coming into Wednesday night’s contest, the Wildcats sit in a 3-way tie atop the Big Ten table. Northwestern, Minnesota, and Penn State all have 21 points, and each has a match to play this year. A win for Northwestern would secure at least a share of the conference title for the first time in the program’s history. If both the Golden Gophers and Nittany Lions fail to win, and the Wildcats defeat Illinois, then Northwestern will win the Big Ten outright, and take the number one seed into the conference tournament, which starts this weekend.

Should the Wildcats finish tied with either the Gophers or Lions, things could get a bit zany in order to determine just who gets the top seed. Because the Wildcats and Penn State did not play this year, head-to-head records cannot be used to settle a 3-way tie (or to break a tie between Northwestern and Penn State). Northwestern and Minnesota played to a 0x0 draw last weekend, meaning head-to-head could not be used to split those two squads either. As one meanders down the Big Ten tie breaking procedures, it takes until the 4th level, goal differential in conference games, before it appears that a tie could be broken. At that point Minnesota’s differential (which currently stands at +14) would appear to trump Northwestern’s (+8) and Penn State (+7) giving the all-important number 1 seed to the Golden Gophers.

What throws a wrench into all of these calculations is, of course, the fact that all 3 teams have a game to play Wednesday evening. Penn State will host Ohio State, who is currently 7th in the standings, and in need of a win to secure their spot in the 8 team Big Ten Tournament. The ‘Cats, as mentioned, will take on Illinois, a match that Northwestern should find themselves the favorites in. However, this is an Illinois team that surprised Michigan a few weeks back, and has been playing better of late, with just 1 loss in their last 5 matches. Minnesota appears to have the easiest path of the three teams, as the Gophers will be hosting a last placed Maryland team that hasn’t found the back of the net in 5 matches, and has not gotten a result since a 3×1 win against Illinois Sept. 22.

With Minnesota favored against the Terrapins tomorrow night, and in the driver’s seat as far as goal differential is concerned, the Gophers appear to be on the inside track for the top seed in the conference tournament. However all it takes is one stumble tomorrow night, and the door flies wide open for either Penn State or Northwestern to take the top seed along with their share (or maybe even an outright) Big Ten Title.

That said, regardless of how Minnesota and Penn State fare Wednesday, even just a share of the conference title would be a massive step for Michael Moynahan’s bunch. Just 3 years ago, Northwestern finished Big Ten play 1-10-0, a far cry from where they find themselves this season. With much of the defensive core returning next year, it could be a long time before the Wildcats find themselves displaced in the top half of the Big Ten table.

You can listen to WNUR Sports’ call of Northwestern’s match against Illinois at 7:30 CT tonight on 89.3 FM in the Evanston-Chicago area, and around the world online. Austin Miller and Michael Stern will have the call, and will provide updates from both Penn State’s match with Ohio State and Minnesota’s battle with Maryland.