Posted on October 29, 2016 by Jason Dorow Leave a comment 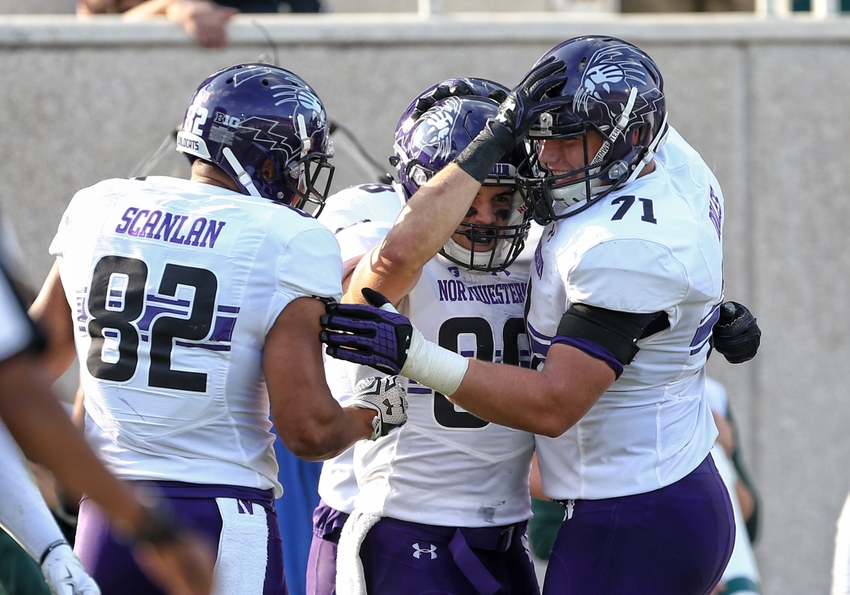 Riding a three-game winning streak and five consecutive conference road victories, the Northwestern Wildcats venture to Columbus for a 2:30 CT duel with the Ohio State Buckeyes Saturday. NU has not won at Ohio Stadium since 1971, and the Buckeyes have taken 29 of the last 30 matchups between the two sides. However OSU lost 24-21 last weekend at Penn State and went to overtime at Wisconsin the week prior. Here’s a look at how the Wildcats match up with the number 6 team in the country.

After posting a meager seven points against Illinois State in mid-September, Northwestern has to be at least slightly surprised with how the offense has faired in their last three games. In victories against Iowa, Michigan State and Indiana, the Wildcats averaged 420 yards of total offense and 38.7 points per contest, Clayton Thorson threw for 730 yards and nine touchdowns, and Justin Jackson posted more than 450 rushing yards with three scores. And Austin Carr is now 5th in the FBS with 9 touchdown receptions. The red hot Wildcat offense should be met by a mighty force in the Buckeye D though. Ohio State has allowed just eight touchdowns this season, only two of which came on the ground, tied for the fewest in the FBS. There is no weak spot in the Buckeye defense, but they are 5th nationally in pass defense and 23rd in rush defense. For NU to have a chance, the Wildcats will need some long drives predicated on Justin Jackson carries.

The Buckeyes are not very secretive about their offensive strategy. OSU averages more than 500 total yards per game, but contrary to the trend in college football, 60 more of those yards come via the ground game rather than through the air. Running backs Mike Weber and Curtis Samuel have each rushed for more than 500 yards and four touchdowns this year. Plus Samuel leads the team in both receptions (37) and receiving yards (471). The backs owe a lot to an outstanding offensive line and dual threat junior quarterback J.T. Barrett though. Barrett is now Ohio State’s all-time leader in touchdowns responsible for (62 passing, 28 rushing) and will surely be running the read option early and often Saturday. Northwestern’s gameplan might be to load the box and force wide receivers Noah Brown and Dontre Wilson to become the Buckeyes’ playmakers. In any case, the ‘Cats should throw lots of different looks at Barrett and the stacked OSU front.

Low key the punting matchup is one to watch in this game. Hunter Niswander is now 33rd nationally in yards per punt, and NU cannot allow the Buckeyes to be working with a short field. On the other side Aussie Cameron Johnston leads the nation with almost 50 yards per punt. That could provide opportunities for Flynn Nagel to make a difference in the return game though, and Solomon Vault has done just that in recent weeks as well.

Going into Saturday everybody is curious about how Ohio State will respond after losing their first game of the season in Happy Valley last week. Are they due for another letdown or will the Buckeyes come out guns blazing? Either way Northwestern will have to deal with 100,000+ fans at Ohio Stadium, where they have not won in over four decades. The odds are stacked against NU to extend their winning streak and move to 4-1 in Big Ten play.