Posted on November 16, 2016 by Henrique DaMour Leave a comment 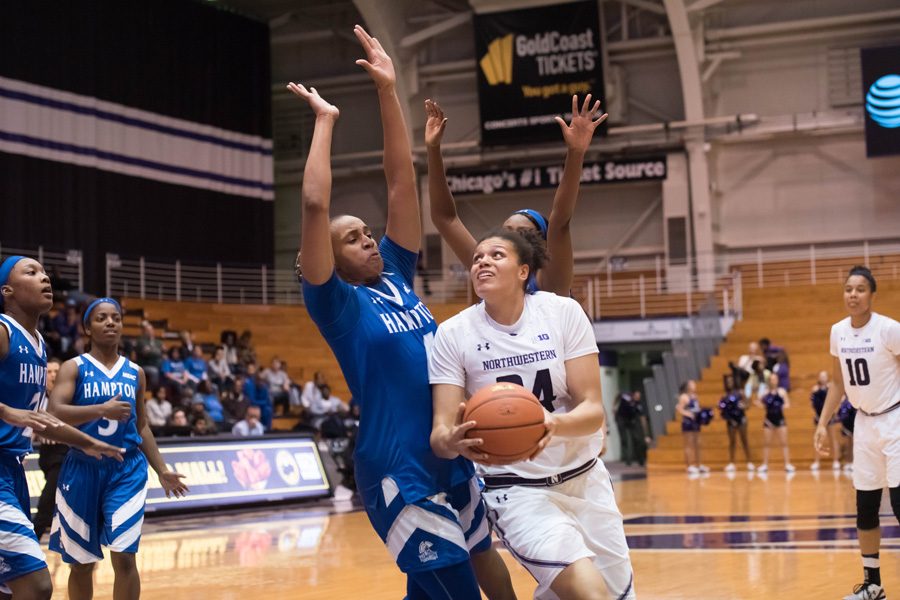 Northwestern will look to continue its winning ways as they take on the Missouri State Lady Bears Wednesday night in their third home contest of the year.

Joe McKeown has his squad looking good to start the season again, but is hoping to avoid another conference meltdown like last year. Northwestern smashed Hampton in the season opener and beat Oral Roberts two day afterwards, and would love another non-conference win under their belt.

The ‘Cats are hot right now. They lead the nation with 23 blocks as a team, and Ashley Deary is the NCAA’s active career leader in steals. Nia Coffey is also averaging 17 points and 13 rebounds through her first two games. Defensively, Northwestern has been dominant, allowing just 51.5 points per game on 30% shooting from the field.

The loss of one of last year’s most exciting shooters in Maggie Lyon and her 33% rate from beyond the arc has hurt this year. Thankfully for the Wildcats, Nia Coffey continues to be consistent, and junior guard Lydia Rohde is off to a torrid start, racking up 23 points on the year on 7-10 three-point shooting.

The Lady Bison lost their two leading scorers from last year to graduation, and the workload has fallen to senior guard Lexi Hughes and Junior guard Liza Fruendt. They scored 22 and 18 points respectively in the team’s most recent contest at Kansas, a game in which they outscored the Jayhawks 32-12 in the fourth quarter.

Coach Kellie Harper’s team also brings an impressive road resume to Wednesday’s matchup. They are 15-5 in their last 20 road games, 12-1 in their last 13 in Illinois, and 3-1 on the road against Power 5 opponents. This non-conference tilt should play out as a good test for the Wildcats.

Be sure to tune into WNUR Sports at 7:00 pm Wednesday as Henry DaMour and Ben Krieger will have the call live from Welsh-Ryan Arena.