Wildcats look to stay undefeated at home against No. 16 Florida

Posted on November 25, 2016 by WNUR Sports Leave a comment 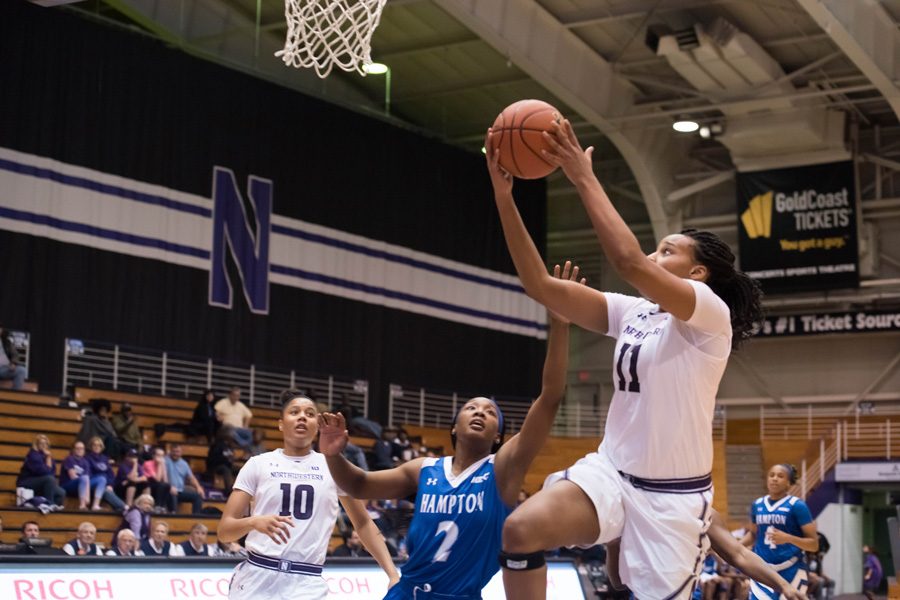 Northwestern Women’s Basketball returns home to Welsh-Ryan Arena Friday night as they look to stay undefeated at home against the No. 16 Florida Gators. Coming off a loss at No. 20 DePaul, the Wildcats will look to bounce back with a win Friday.

The Cats were able to find scoring outside of the injured All-Big Ten forward Nia Coffey against DePaul, as she was sidelined with an injury and is day-to-day moving forward. Lauren Douglas led the team in scoring with 18 points and Ashley Deary was able to score 14, while also picking up 6 assists.

However, the team struggled on defense, allowing DePaul to shoot almost 50 percent from the field and score 89 points. This also stemmed from a rebounding problem, where the Cats lost the battle 43-33.

However, Nia Coffey is expected to play Friday, which will not only help with rebounding, but also with scoring. Coffey is averaging 17.0 points a game in the two games she has played in this season.

The Florida Gators come into the Friday’s matchup hot, boasting an undefeated 4-0 start.

Led by sophomore guard Eleanna Christinaki, who is currently averaging 22.3 points, 6.8 rebounds and 2.8 assists a game, the Gators are coming off an 11-point win against Arkansas State on Tuesday. In that game, Christinaki led all scorers with 23 points and Florida closed the game on a 17-9 run to finish off the Red Wolves.

Florida is coached by Amanda Butler and during her tenure, Florida teams are just 2-7 against the Big Ten conference.

As Florida continues their road trip and Northwestern returns home for another long stretch, the game will be the first meeting in history between the two programs.

Be sure to tune into WNUR Sports at 7:00 pm CST Friday as Austin Miller and Zach Koons will have the call live from Welsh-Ryan Arena.