Posted on December 3, 2016 by WNUR Sports Leave a comment 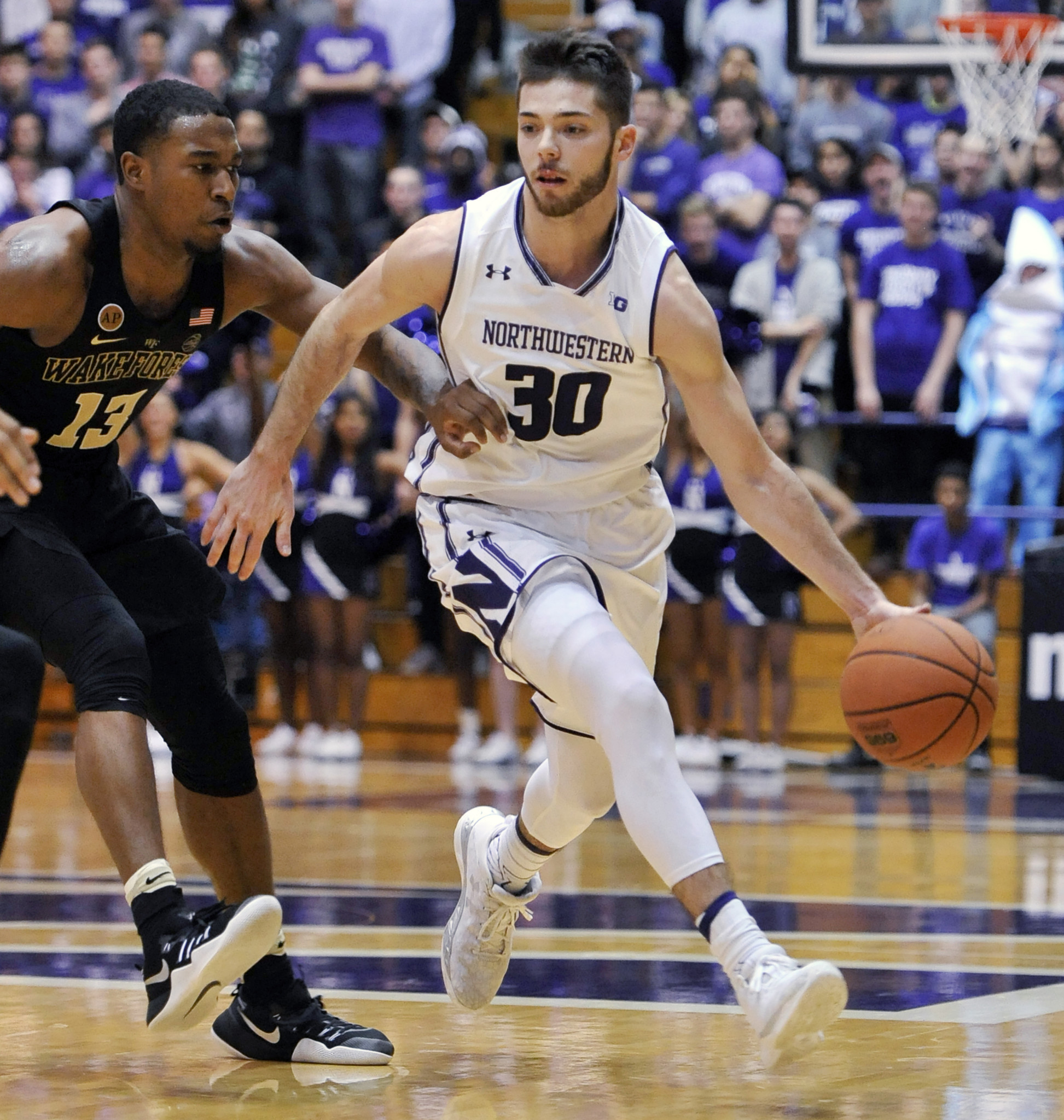 Northwestern looks to continue its stellar start to the 2016-2017 season on Saturday night as crosstown rival DePaul comes to Evanston for a Chicagoland showdown.

Northwestern comes in at 5-2 on the year, but that record doesn’t reflect the way they’ve played thus far. The Wildcats fought hard in both losses, losing by only two points to the now 18th ranked Butler Bulldogs and by four points to the nearly ranked Notre Dame Fighting Irish.

Head Coach Chris Collins’ team is currently sporting a two game winning streak, including an emphatic victory over a talented Wake Forest squad on Monday. It was the Bryant McIntosh show that night, as the Wildcats’ junior point guard put up 23 points on 10-16 shooting including a perfect 8-8 from the floor in the second half.

The Wildcats’ positive momentum did come to a bit of a halt on Thursday though, as starting center Dererk Pardon underwent surgery for a hand injury suffered Monday and will miss at least the rest of Northwestern’s nonconference slate. Pardon has been great for the Wildcats this year, averaging 6.9 points and 7.0 rebounds per game along with just under 2.6 blocks for game as the team’s defensive anchor.

Junior Gavin Skelly will have to step up in Pardon’s absence and continue to play as well as he did against Wake Forest, when he had 11 points, six rebounds, and two blocked shots in 29 minutes of action.

DePaul, meanwhile, has compiled a 4-1 record this season under Head Coach Dave Leitao. The Blue Demons are riding a three game winning streak into Welsh-Ryan Arena with both of their last two victories coming by only two points.

DePaul is lead this season by standout sophomore Eli Cain. Cain, a 6-6 guard from Willingboro, New Jersey, is averaging 21.2 points per game on a superb 55.5% from beyond the arc.

The two biggest things to watch for this game are going to be how the Wildcats respond to the loss of Pardon and how they plan to slow down a Blue Demons offense that averages 71.8 points per game.

Tune in Saturday at 5:45 p.m. CST to hear Henry DaMour and Ben Krieger bring you the action live from Welsh-Ryan Arena on wnursports.com and the WNUR Sports Rabble Page.