Posted on December 11, 2016 by Josh Burton Leave a comment 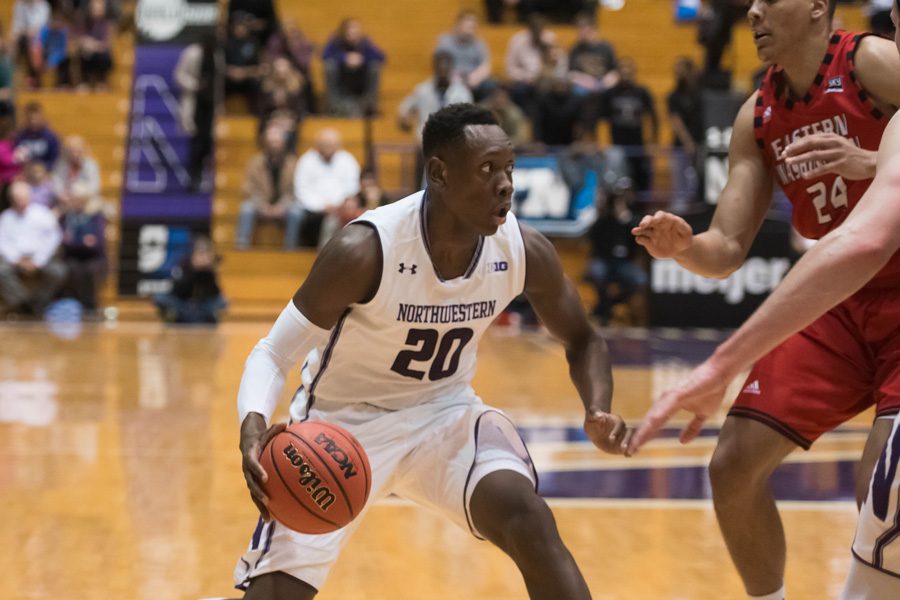 Just over a week removed from their 80-64 drubbing of DePaul, the Northwestern Wildcats (6-2) host the New Orleans Privateers (4-3) at Welsh-Ryan Arena on Sunday night as both teams look to win their fourth-straight game.

From the get-go against the Blue Demons, Northwestern was in control. The Wildcats outscored DePaul 54-18 in the first half en route to a very easy win against a crosstown rival. Scottie Lindsey and Vic Law combined to score 35 points while Sanjay Lumpkin tossed in 11 to go with 10 rebounds for his first double-double of the season.

Chris Collins will hope his team carries the momentum over as New Orleans heads to Evanston. The Privateers, of the Southland Conference, are also playing well as of late and are coming off a 70-54 win ay Washington State last week. It was New Orleans’ first win against a Pac-12 foe since 1998.

Star seniors Erik Thomas (17 points, 10 rebounds) and Christavious Gill (18 points) led the way for the Privateers. Thomas is averaging 21 points per game this season, which is tied for 36th-best in the nation.

These two teams played last season, and the Wildcats cruised to a 90-63 victory. Scottie Lindsey scored a career-high 26 points on 9-12 shooting (6-7 from three) to pace a balanced Northwestern attack.

If Northwestern is going to dispatch the Privateers, it will likely come down to the turnover battle. New Orleans commits almost 18 turnovers a game, but coach Mark Slessinger’s team also forces over 15 turnovers itself. The Privateers play a fast-paced style of basketball which results in a lot of points for them (75.9 per game) but also a lot of points for their opponents as well (75.0).

But, the offense goes throughout their low-post threat, Thomas, who is a very talented scorer at the rim who can get to the free throw line with ease. Considering that Dererk Pardon (hand) won’t play, Northwestern’s frontcourt might have trouble keeping Thomas in check.

And if Thomas doesn’t play well, Gill is a quick point guard who is a pretty good (almost 38 percent) three-point shooter. The Privateers might not look too formidable on paper, but they have some solid playmakers and have played (per KenPom) the 25th-toughest non-conference schedule in the country so far. The Wildcats need to be on the top of their game.