Posted on December 12, 2016 by Austin Miller Leave a comment 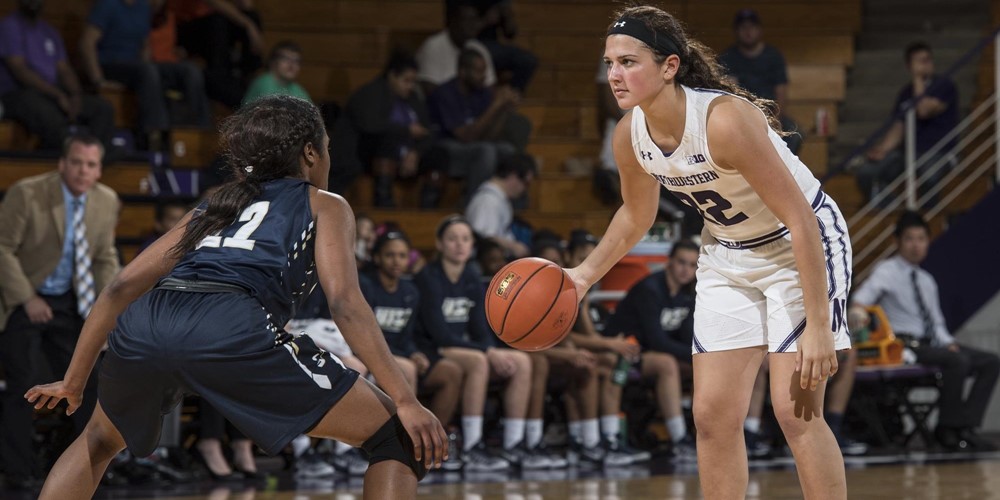 WNUR Sports will be taking its yearly field trip to the Northwestern women’s basketball game on Tuesday morning at 11 AM when the 8-1 Wildcats take on the Illinois-Chicago Flames.

Tuesday morning’s contest will be the annual field trip day for the ‘Cats, as they’ll welcome thousands of Chicago area students to Welsh-Ryan Arena in hopes of cheering on the purple and white to victory.

After a thrilling 65-63 win against Milwaukee on Sunday afternoon, Northwestern sits at 8-1 overall with 4 games remaining in their non-conference schedule. Against the Panthers, both Nia Coffey and Ashley Deary struggled with second half foul trouble, and the Wildcats had to hold off a late charge from Milwaukee. Coffey’s free throws with under 10 seconds to go proved to be the difference and the ‘Cats escaped the Klotsche Center with a victory.

Now the Wildcats, who are receiving votes in both the AP and Coaches’ Top 25, will look to move to 9-1 against their neighbors from nearby Chicago.

The Flames sit at 2-5 on the season, and have yet to beat a Division I opponent. UIC is led by Toney Taylor, who averages 12 points per game, and is coming off a 17 point performance in a loss to Fort Wayne over the weekend.

With less than 48 hours between games following Sunday afternoon’s emotional win, expect to see Northwestern Head Coach Joe McKeown go a bit deeper into his bench on Tuesday against UIC. Amber Jamison and Jordan Hankins are two players that have had playing time off an on throughout the early part of the season, and both could be useful in ensuring the health of NU’s stars as they take on a team that is lesser opposition.

While UIC may not threaten the Wildcats with defeat, the ability of the Flames to crash the offensive glass and steal the basketball should at least give Northwestern a tune-up in certain elements before they head into a big West Coast trip, with will be followed by the opening of Big Ten play. Coming into the game, UIC is 26th nationally in offensive rebounds, meaning the ‘Cats will need to be certain on their defensive block-outs to prevent easy second-chance points for the Flames. As well, UIC’s Terri Bender is 6th among active NCAA players in  career steals, meaning the contest will be a matchup of two of the best pick-pockets in the country with Bender and Northwestern’s Ashley Deary, who is the defending Big Ten defensive player of the year and averages just under 4 steals a contest so far this season.

For Northwestern, Tuesday represents a final tune-up before an important western swing that will see the ‘Cats visit Santa Clara, and Gonzaga. Gonzaga represents the final opportunity for NU to pick up a marquee victory in the non-conference season, and with the Big Ten struggling so far, the Wildcats would be wise to be firing on all cylinders when they travel to Spokane.

Tuesday’s contest against UIC will tip-off at 11 AM central time. Austin Miller and Caleigh Ryan will be on the call, with the WNUR Sports tip-off show getting our coverage started at 10:45 AM. You can listen to the game on 89.3 FM in the Evanston-Chicago area, or by tuning in at WNURSports.com from anywhere around the world.

vs. Wisconsin on Mixlr