‘Cats to close out non-conference slate against UT-Martin 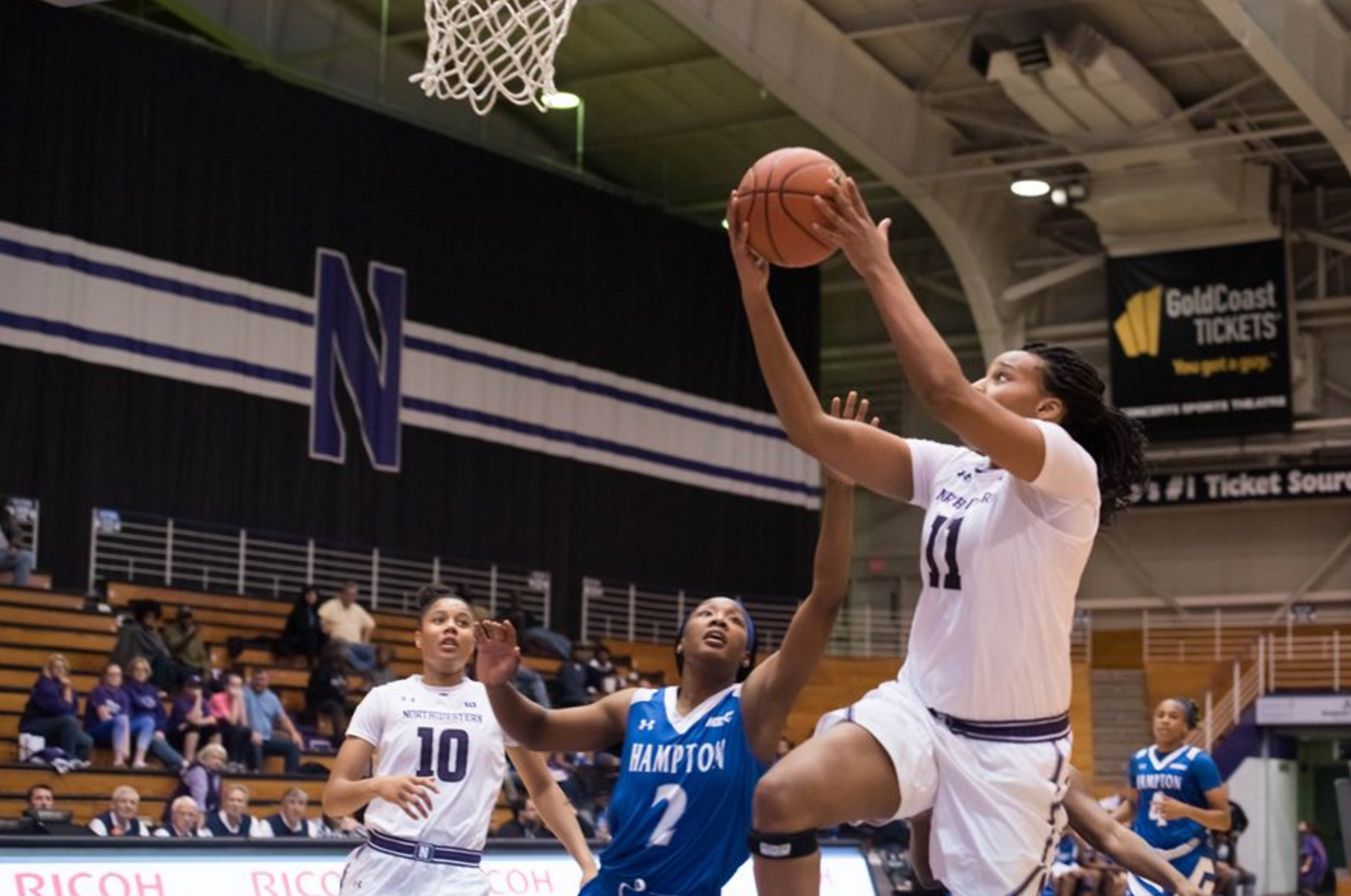 Northwestern women’s basketball looks to rebound from a tough loss to Gonzaga and stay undefeated at home when it hosts the University of Tennessee-Martin Skyhawks Thursday afternoon in its final non-conference matchup of the season.

The Wildcats (10-2) are off to a solid start in 2016, but missed an opportunity to pad their postseason resume after surrendering a fourth quarter lead to Gonzaga on Monday night. The Bulldogs outscored the ‘Cats 23-8 in the fourth quarter en route to a 67-56 victory. The loss snapped a seven-game wining streak for Northwestern.

Nia Coffey led the way with 15 points and 14 rebounds in the losing effort. Coffey also set a couple of impressive benchmarks during the game, scoring at least 10 points for the 60th straight game and becoming the first player in Northwestern history with 1,000 career points and rebounds. She is only 87 points shy of 2,000 for her career.

Despite missing two games with an injury, the senior forward has undoubtedly been Northwestern’s best player this year, posting a team-high 20.7 points and 12.2 rebounds per game.

Fellow seniors Christen Inman (13.2) and Ashley Deary (11.8) are also averaging double figures in points this season. Deary has dished out a team-best 6.4 assists per game so far this season. Redshirt senior and Tennessee native Lauren Douglas is scoring 7.9 points per game off the bench.

On the other side, UT-Martin has struggled in its first 12 games of the season. The Skyhawks (3-9) are coming off a 100-68 loss at DePaul on Tuesday night. Sophomores Myah Taylor and Emanye Robertson lead the team in scoring with 11.8 and 10.9 points per game, respectively. Freshmen Kendall Spray and Ansley Eubank have also impressed early this season.

Like Northwestern, UT-Martin posted a solid 2015-16 campaign en route to a WNIT berth. Many of the Skyhawks’ key players graduated after the season, however, while veteran playmakers like Coffey, Inman and Deary continue to boost the Wildcats.

Northwestern should have an advantage not only in experience and depth, but also on the boards. The ‘Cats are pulling down more than 40 rebounds a game, while the Skyhawks are managing only 33.6 boards per contest.

In order to pull an upset, UT-Martin must improve its pedestrian three-point shooting. The Skyhawks are shooting only 34 percent from deep this season, which bodes well for a stout Wildcat defense that allows opponents to shoot only 28.6 percent from beyond the arc.

Tip-off is set for 2 p.m. central time Thursday at Welsh-Ryan Arena. WNUR Sports will broadcast the game, available at 89.3 FM in the Chicago area and online at WNURsports.com.