Posted on December 28, 2016 by Austin Miller Leave a comment 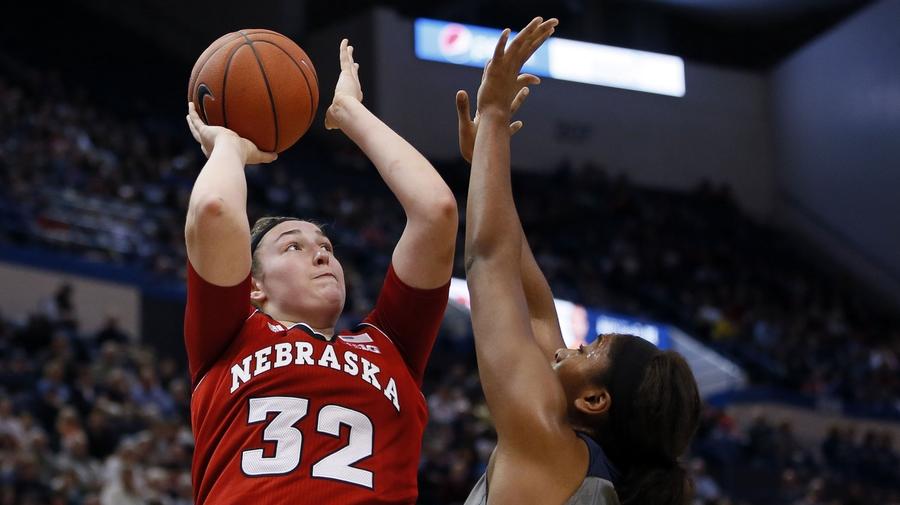 Northwestern will look to contain Jessica Shepard in their B1G opener tonight in Lincoln.

After a successful non-conference season which saw them go 11-2, including wins against Florida and Virginia, Northwestern women’s basketball knows the real battle starts tonight when the Wildcats open up conference play in Lincoln Nebraska against the Nebraska Cornhuskers (4-8).

With games looming against perennial powers Ohio State and Maryland next week, tonight’s conference opener and Saturday’s conference home opener against Purdue represent an opportunity for Northwestern to hit the ground running in Big Ten play against two teams projected to finish in the bottom half of the conference come March.

That said, as any Wildcat will tell you, nothing is easy in conference play, especially on the road. Northwestern will find themselves tonight at what will surely be a rowdy Pinnacle Bank Arena, as the Huskers have ranked in the top-12 nationally in attendance for the last 3 years.

After an off-season coaching change, Nebraska still appears to be looking to find their footing under first year coach Amy Williams. The Cornhuskers played one of the hardest non-conference schedules, losing to three teams that are currently unbeaten: California, Virginia Tech, and the women’s basketball death-star that is UConn, and to a pair more that hope to hear their names called on Selection Monday: Missouri and Virginia. Nebraska comes into tonight’s game losers of 7 of their last 8, and 13th in the Big Ten in both scoring offense and scoring defense.

2016 Big Ten freshman of the year Jessica Shepard, one of just three players in the Big Ten averaging a double-double will lead the charge for UNL. The issue for the Huskers hasn’t been Shepard. Outside of an outlier against UConn, Shepard was nearly unstoppable in conference play. The issue has been Nebraska’s inability to find anyone to help Shepard out. No other Cornhusker averages more than 8.5 PPG, and as a team, Nebraska is last in the Big Ten in free-throw shooting, and 12th in overall FG%.

Northwestern will, as always rely on Nia Coffey, who comes into tonight’s contest just 67 points away from 2,000 for her career. While Coffey will be the focal point, it could be Christen Inman who is due for the biggest day for the ‘Cats. Inman is Northwestern’s second leading scorer, and tore up the Huskers in a pair of match-ups last season, scoring 25 points in early January in Evanston, and 27 in Lincoln later in the year. For her career, Inman is shooting an otherworldly 58% from the field against Nebraska, which includes a 19 point performance on 8-8 shooting in Lincoln a few years back.

Ashley Deary, no stranger to otherworldly performances herself, sits just 3 steals away from the Big Ten record for career steals. Against a Nebraska team that sits last in the conference in turnover margin, Deary will no doubt feel that record will be there for the breaking this evening in Lincoln.

While tonight’s affair might appear straightforward, Northwestern found themselves in an eerily similar position last season. After a strong non-conference, the Wildcats went to Penn State to open Big Ten play in a game they were surely favored in. But a poor shooting night, and a strong performance from the Nittany Lions gave Penn State a 79-72 victory. From there, Northwestern found themselves victims of hard luck losses, and finished the conference season just 4-14. This year, it’s imperative that the Wildcats hit the ground running in conference play, especially when considering the daunting challenge awaiting next week against the Buckeyes and Maryland. Northwestern should like their chances against the Cornhuskers, but should be wary of Shepard. A good shooting night for NU, and this one will be straightforward. However, if the ‘Cats go cold, they could be in for a battle.

WNUR Sports will have the call of tonight’s game in Lincoln. Tip-off is set for 7:00 CT, with the WNUR Sports tip-off show getting underway at 6:50. You can listen to all of the action on 89.3 FM in the Evanston-Chicago area, or by visiting us online at wnursports.com from anywhere around the world.

vs. Wisconsin on Mixlr