Posted on December 30, 2016 by Austin Miller Leave a comment 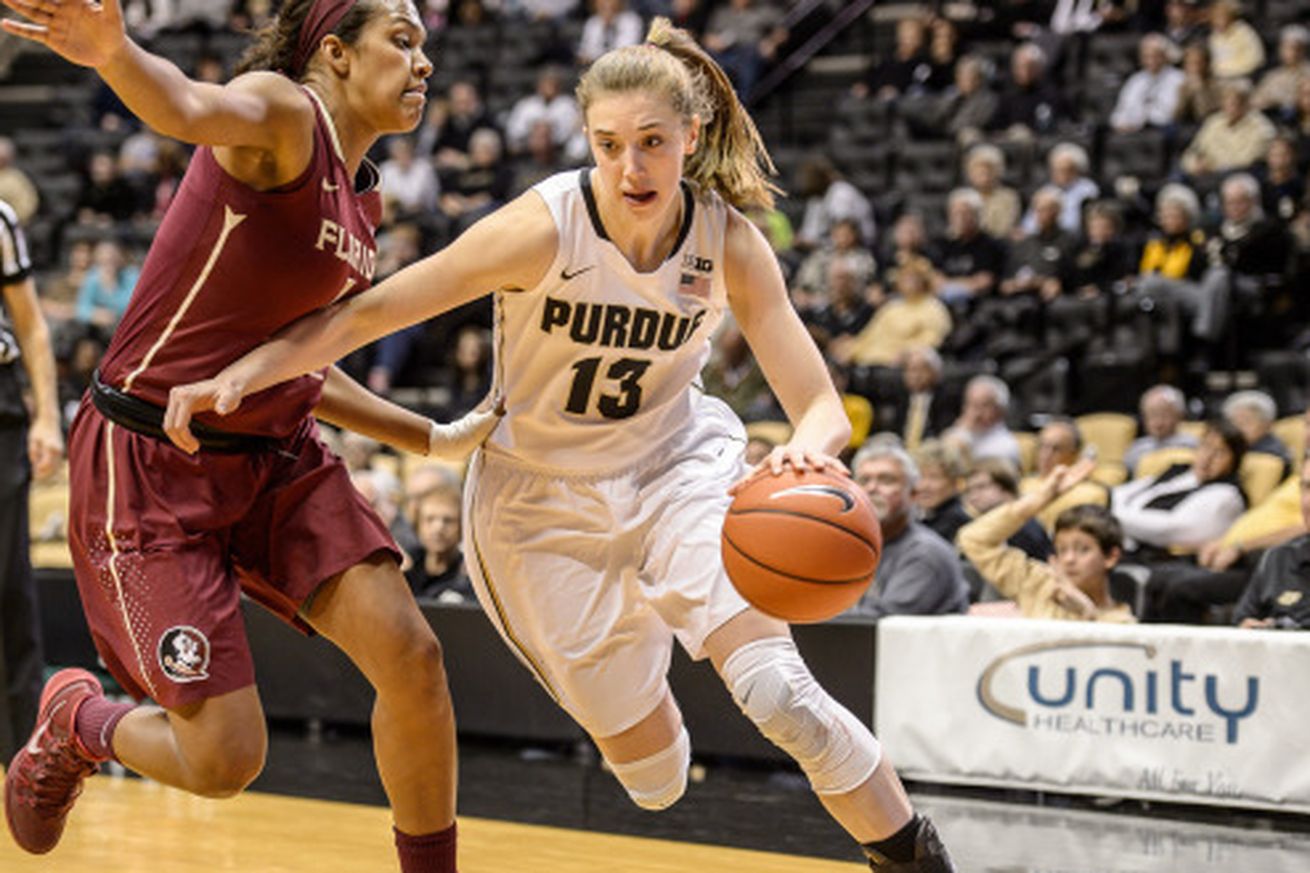 Bridget Perry scored 21 against Northwestern last year, and will look to stretch out the Wildcats defense again tomorrow.

After a hard-fought, grind-it-out win on the road against Nebraska to open Big Ten play, Northwestern returns home for their home Big Ten opener against a gritty Purdue team. Though the location and opponent may change, the style of game might not, with an up and down Boilermaker team looking to get on track in their Big Ten opener.

For Northwestern, tomorrow’s game represents an opportunity to start conference play 2-0, before what is surely their toughest week in Big Ten play next week, which features a home game against Ohio State and a weekend trip to conference favorites Maryland.

Against Nebraska, it was Northwestern’s defense which helped seal the victory. Over the final six and a half minutes, the Wildcats failed to make a single field goal, but were able to hold onto their lead thanks to a stellar defensive effort. Against Purdue, the story may be the same, as the Boilermakers are 2nd in the Big Ten and 27th nationally in scoring defense.

As always, Nia Coffey will look to key Northwestern’s offense. The senior tallied 22 points against the Cornhuskers, despite dealing with some foul trouble in the 2nd and 3rd quarters. If Coffey can stay out of foul trouble against Purdue, she could give the Boilermakers fits all afternoon. In last season’s 85-71 loss to the Boilermakers, Ashley Deary turned the ball over an uncharacteristic 10 times. If she can take care of the basketball tomorrow, and continue to dish out assists, while also picking up some steals after being held without one against Nebraska, the Wildcats could be looking at a 2-0 start to Big Ten play.

While the Wildcats haven’t been a tremendous outside shooting team this year, Purdue is last in the Big Ten in 3-pointers allowed, meaning there could be opportunities for Lydia Rohde to spot up and hurt the Boilermakers from beyond the arc. As well as Rohde, Coffey, who was 4-8 from 3 against Nebraska, could find herself with some open looks against a Purdue team concerned about her threat off the dribble.

Purdue comes into tomorrow’s contest with a  record of 9-5, and a not so pretty RPI number of 147. Compounding factors for the Boilermakers is the fact that none of their 9 wins in non-conference play came against teams with RPIs higher than 180. After a 1-3 start which included a season-opening 20-point blowout loss to Maine, Purdue rallied to win 8 of their next 9 games. However the Boilermakers closed the non-conference season on a down note, losing at home 67-62 to IUPUI.

Sharon Versyp’s squad is led by senior guard Ashley Morissette, who averages 14.4 PPG. While Morissette is dangerous, it was the 6-2 stretch forward Bridget Perry who gave the Wildcats the most issues when these two teams met last season. Perry led Purdue with 21 points while also grabbing 9 boards. Perry will force Nia Coffey to defend on the perimeter, and will look to get Northwestern’s star into some early foul trouble. If Coffey can shut down Perry, it will rest on the shoulders of Purdue’s backcourt, Morissette and freshman Dominique Oden, to score enough to allow Purdue’s defense to give them the victory.

While Purdue’s computer numbers may not be pretty, meaning this wouldn’t exactly be a win the Wildcats will be bragging about come Selection Monday, the Boilermakers are a gritty, hard-nosed, defensive-minded team that will make Northwestern work for 40 minutes regardless of the scoreline. This game feels like it will resemble Wednesday night’s conference opener: a hard fought, low scoring game in which the Wildcats make just enough plays to walk out winners, and sometimes, that’s all that matters.

Austin Miller and Michael Stern will have the call for WNUR, with tip-off at Welsh-Ryan Arena set for 2 PM Central time tomorrow. You can listen by tuning into 89.3 FM in the Evanston-Chicago Area, or by logging onto wnursports.com from anywhere around the world.