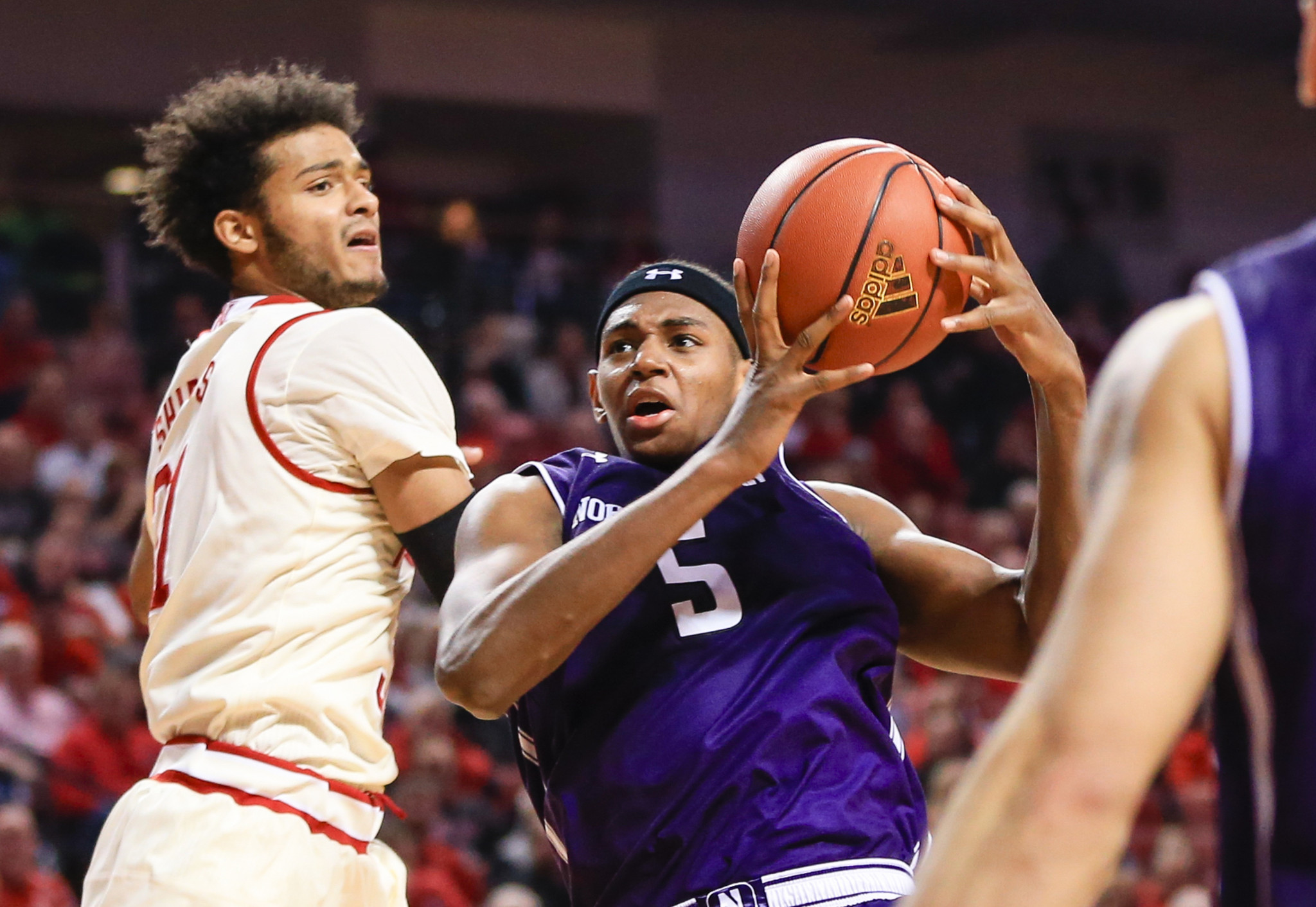 The Wildcats’ big man had another dominant game against the Cornhuskers, scoring 19 points and grabbing 22 rebounds as Northwestern topped Nebraska 73-61 Thursday night at Welsh-Ryan Arena for its fifth straight conference win.

Pardon had a solid 13 points and five boards against Nebraska earlier this season in Lincoln after exploding for 28 and 12 against the Huskers in December 2015, his second career college game. On Thursday, Pardon exploited a mismatch against the smaller Cornhuskers, who lost leading rebounder Ed Morrow to a foot injury earlier this month.

Nebraska head coach Tim Miles could only shake his head when asked about falling victim to a big game from Pardon once again.

“We couldn’t get him out of control,” Miles joked. “He likes [playing against] us.”

It was a sluggish first half for Northwestern (17-4, 6-2), a far cry from the smooth-and-easy game the Wildcats enjoyed in their last home game, an 89-54 rout of Iowa. It was a close game until the final minutes when Northwestern finally stepped on the gas.

Glynn Watson Jr.’s free throws with 5:12 left cut the Wildcats’ lead to 57-53. The home side pulled away from there, going on a 16-1 run punctuated by a ferocious alley-oop from Bryant McIntosh to Vic Law and a technical foul on Miles.

Law’s 20 points led the ‘Cats in scoring, but it was Pardon’s night. The sophomore center’s 22 boards are the most by a Northwestern player since Jim Pitts grabbed 22 in 1966. Coincidentally, that was also the last year Northwestern won five straight Big Ten games.

Nebraska (9-11, 3-5) dropped its fifth straight game after winning its first three conference games. Leading scorer Tai Webster scored a game-high 23 points but needed 23 shots to get there. Northwestern’s defense came to play once again, limiting the Huskers to 37 percent shooting and only 20 percent from deep.

Scottie Lindsey, who Collins said was dealing with back spasms, scored five points and fouled out late, failing to score double digit points for the first time this season. On Thursday, his teammates picked him up.

Isiah Brown scored 10 points off the bench, while McIntosh finished with nine points and nine assists.

What Collins called a “workmanlike” effort was enough to impress Miles, who said that Northwestern’s solid play isn’t a fluke.

Northwestern should find out if that’s true soon enough. Four of their next five opponents sit in the top half of the Big Ten standings. The ‘Cats host the Indiana Hoosiers on Sunday night.