Happy Monday, and welcome to week #2 of WNUR Sports’ Bracketology.

Thanks to a wild week of women’s basketball, our bracket saw quite a bit of change from week #1. Perhaps most relevant to you as a theoretical fan of the Wildcats is Northwestern’s drop to an eight-seed following an 80-54 loss at Michigan on Wednesday.

Now, onto this week’s update. We’ll begin with the Bridgeport region: 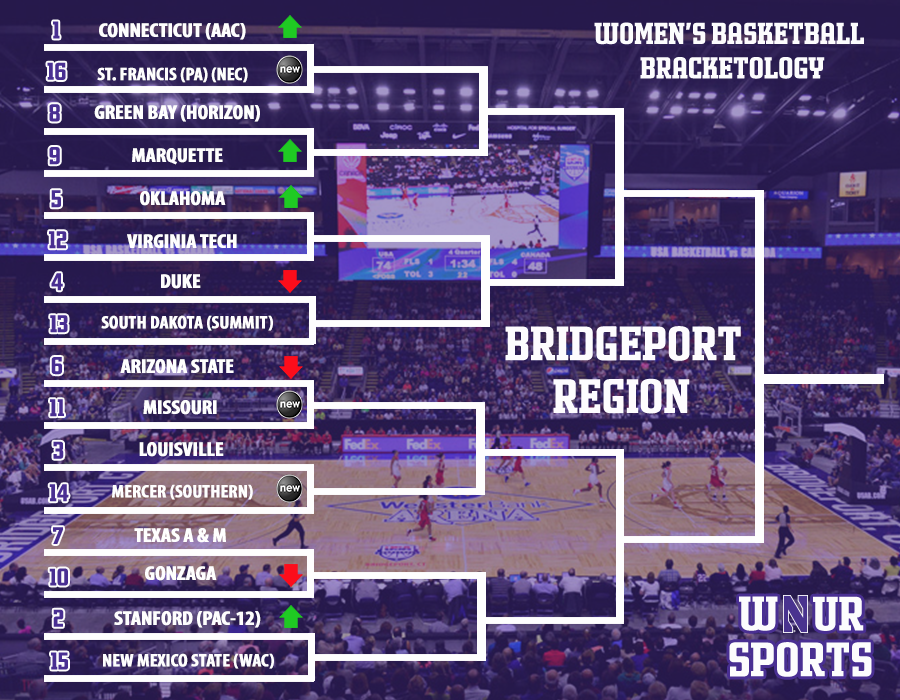 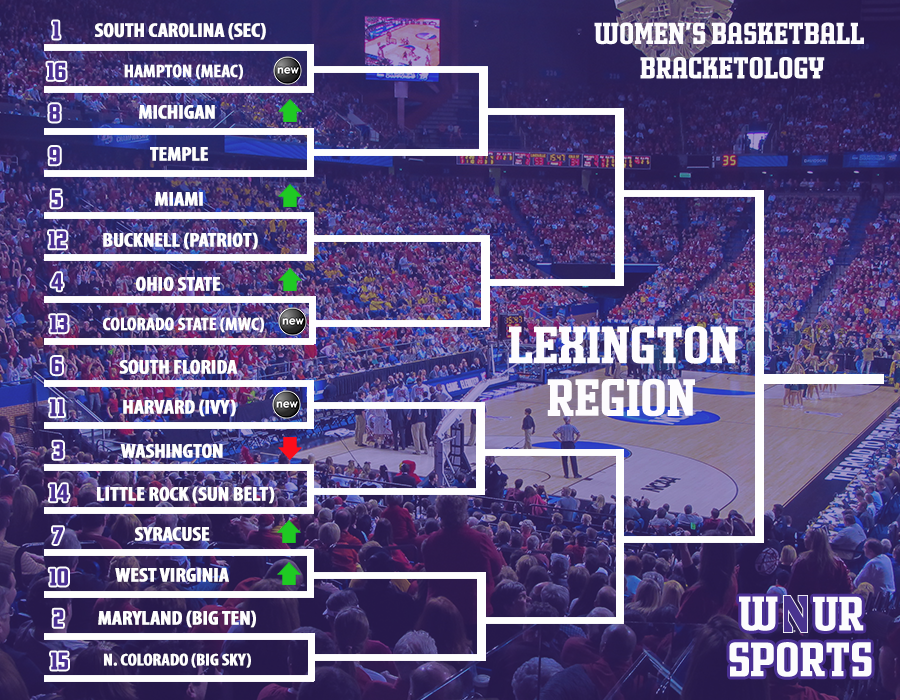 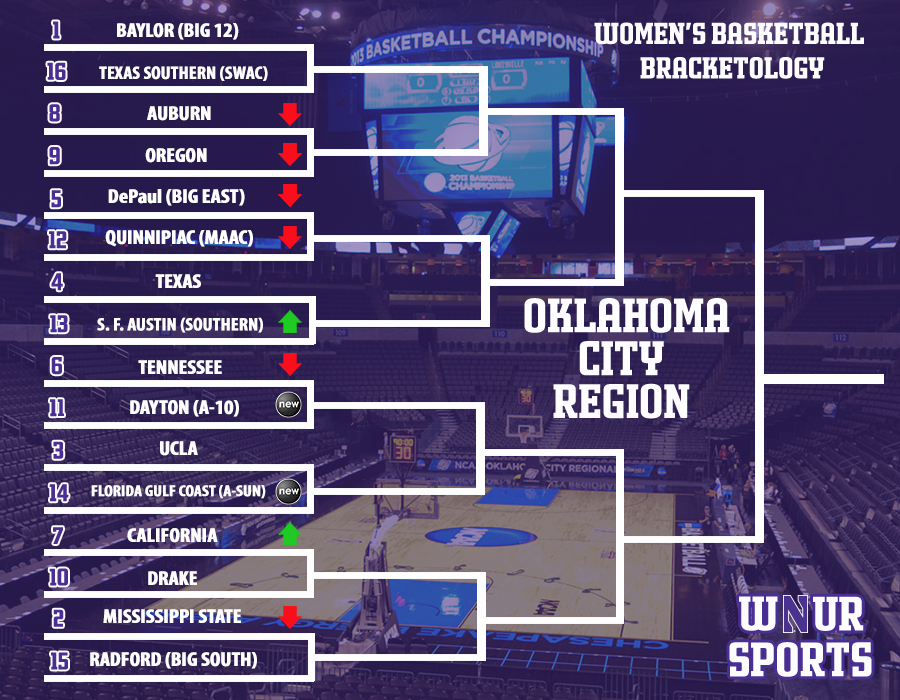 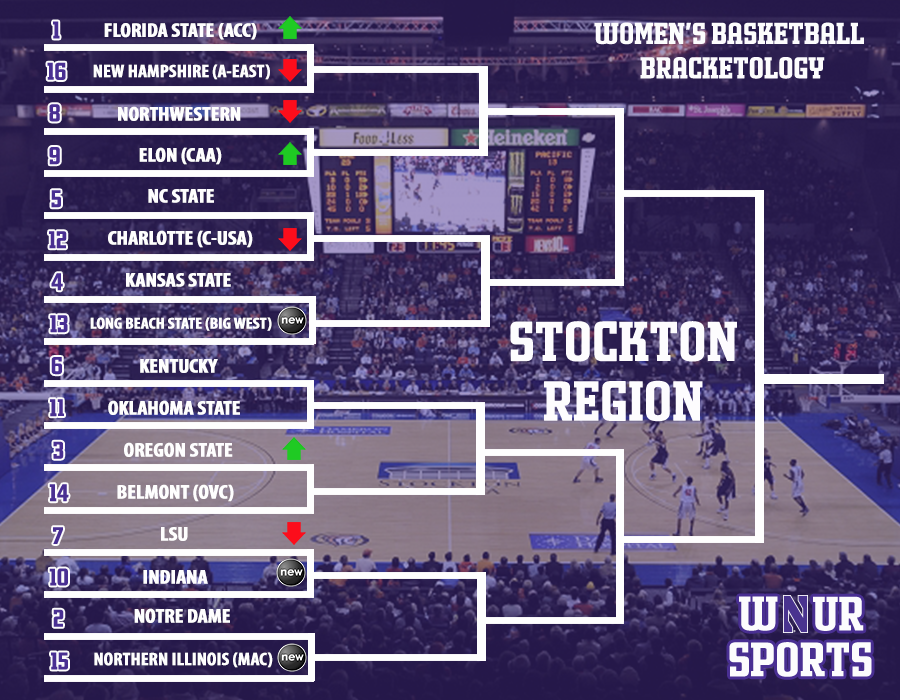