Posted on February 8, 2017 by Will Greer Leave a comment

Happy Wednesday, and welcome to week #3 of WNUR Sports’ Bracketology.

The political reason for why this week’s update is out today and not Monday is that we wanted to include the handful of impactful games that were played early this week.

The actual reason is that it’s the middle of a busy quarter at Northwestern, and I unfortunately don’t receive college credit for bracketology.

Thanks to another wild week of women’s basketball, our bracket saw all sorts of change once again. Just as they did last week, Northwestern dropped in these week’s projections (this time to literally the last at-large team in the field) following a 16-point home loss to Penn State on Sunday.

Eight new teams made the bracket this week, while three once-included at-large teams now find themselves on the wrong side of our bubble.

Now, onto this week’s update. We’ll begin, as always, with the Bridgeport region: 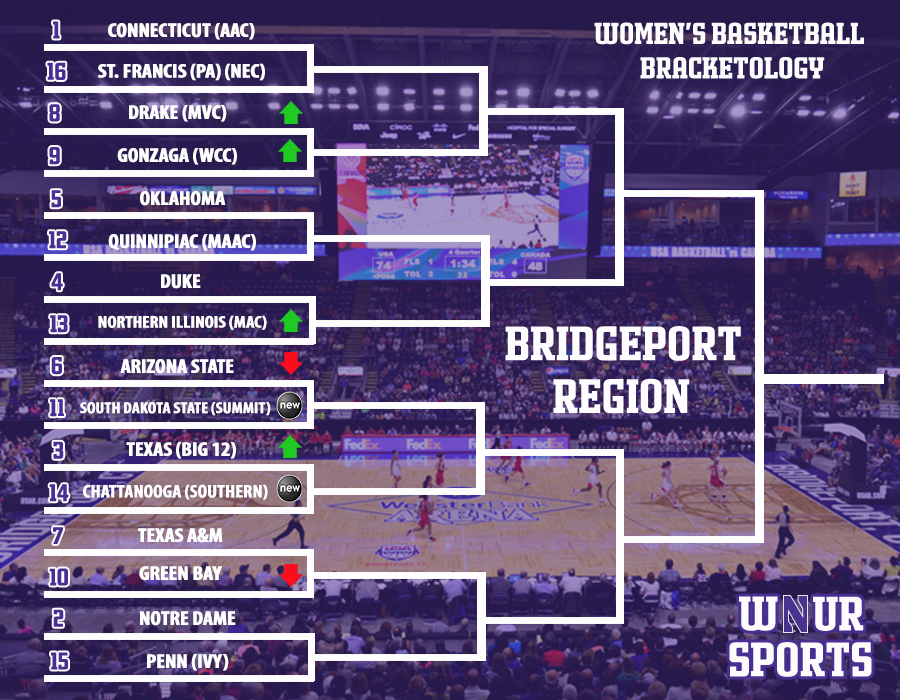 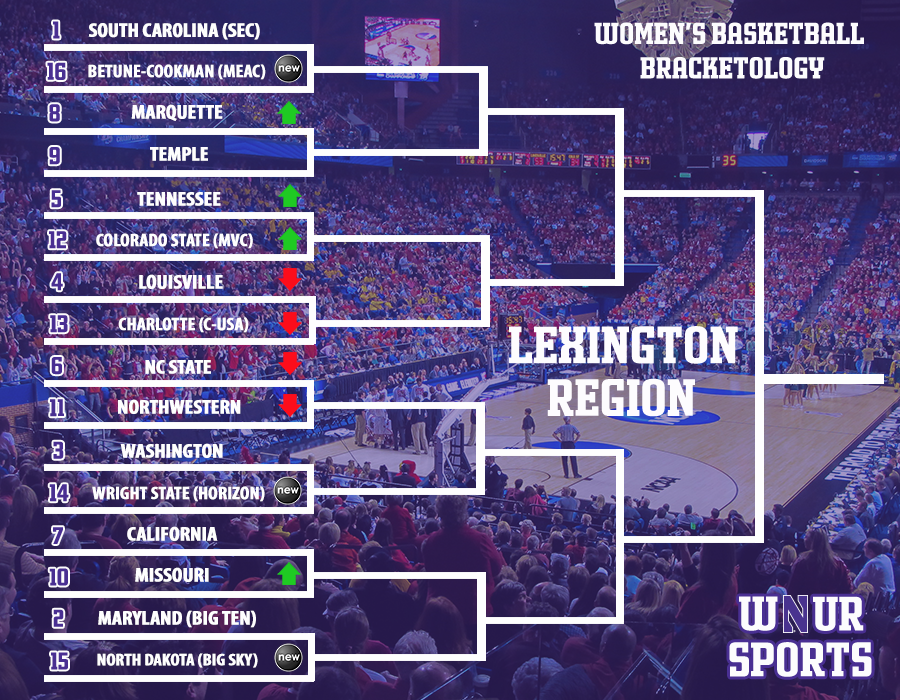 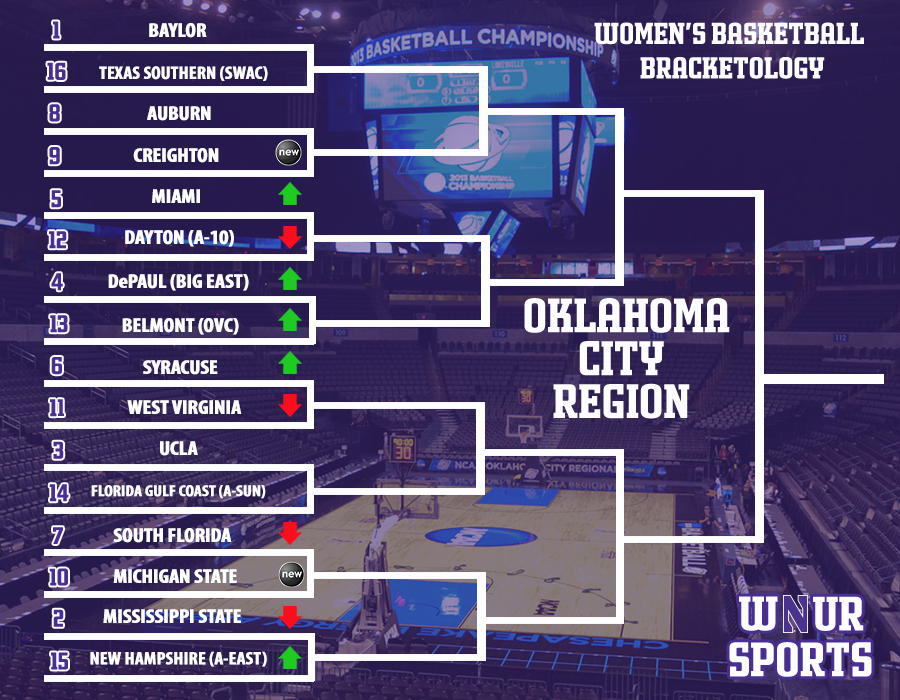 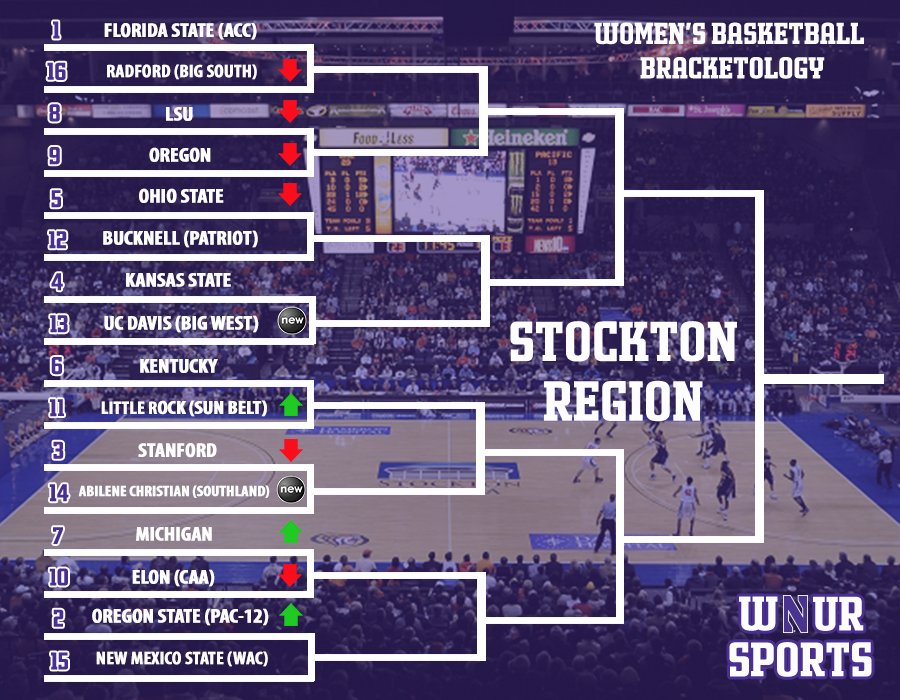