Posted on February 14, 2017 by Will Greer Leave a comment

Happy Tuesday, and welcome to week #4 of WNUR Sports’ Bracketology.

Unfortunately, it’s been a tough couple of weeks on the hardwood for Northwestern women’s basketball. The ‘Cats were slated as high as a seven-seed just a few weeks ago, but losses to Indiana and Minnesota in the last couple of days have dropped NU out of the field of 64. Consequently, new this week will be a special section called “How far away are the ‘Cats?” Stay tuned.

Another wild week of women’s basketball brought lots of change to our bracket. For the first time since week #2, there is a change at the No. 1 seed line. Additionally, seven new teams made the bracket this week, while two mid-majors replaced two Big Ten teams as a couple of the last teams currently included in the field.

Now, onto this week’s update. We’ll begin, as always, with the Bridgeport region, headlined by 100-straight winning UConn: 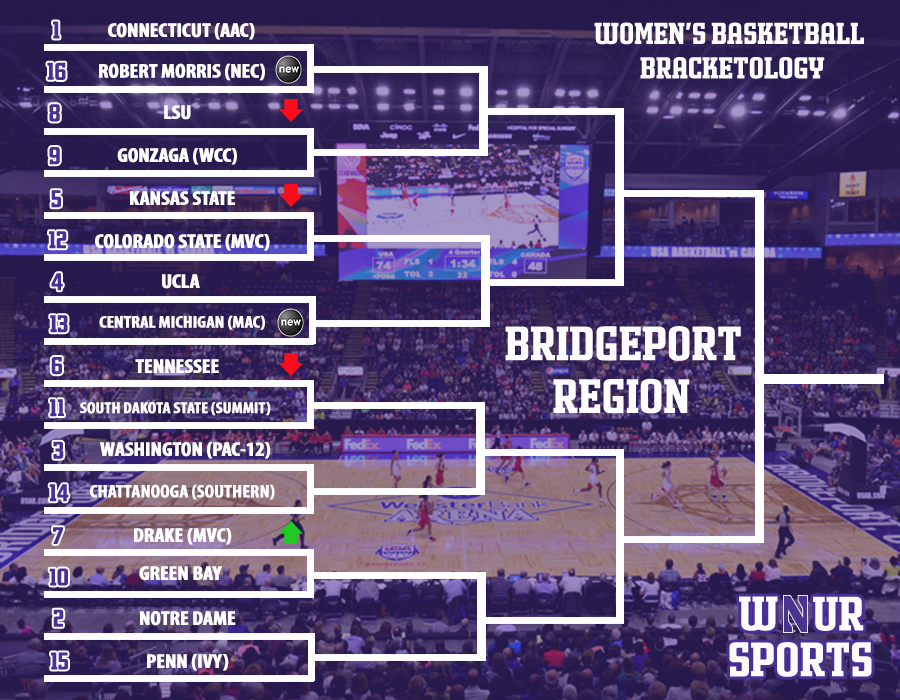 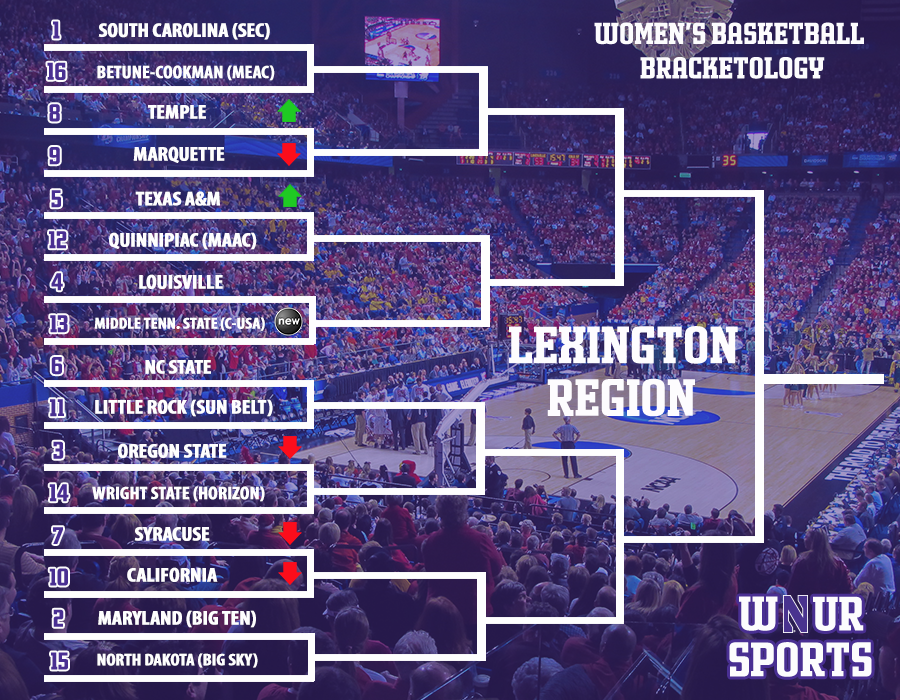 And lastly, to Stockton, which sees the Texas Longhorns making a two-seedline jump: 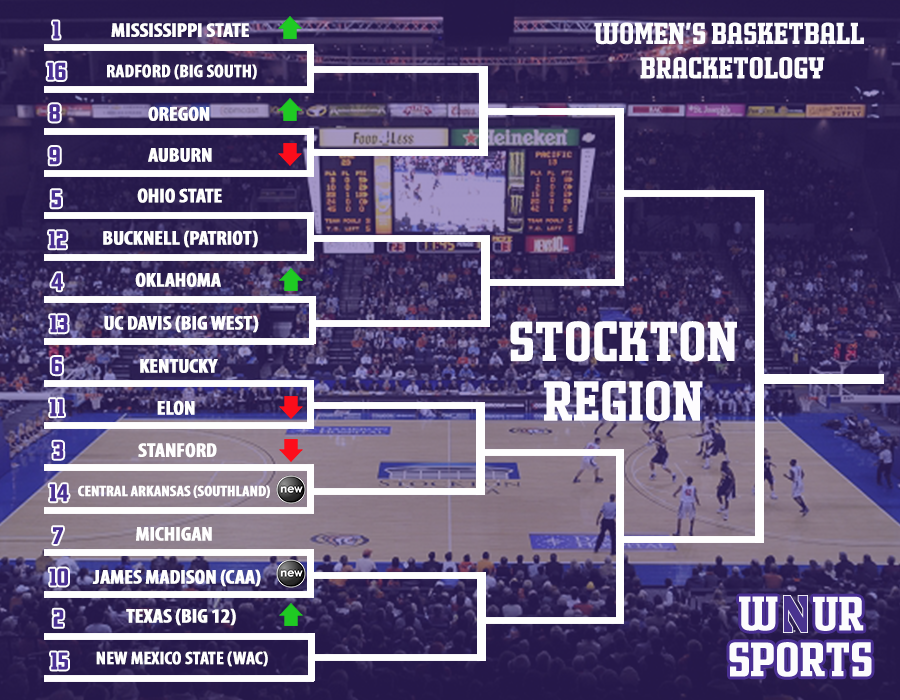 After its loss Monday night at Minnesota, Northwestern drops down to seven spots out of the tournament. In addition to the “First Four Out,” the ‘Cats are also currently behind Michigan State and Virginia Tech, who are fifth and sixth out of the field of 64 respectively. Thursday night’s game at Iowa is nothing short of a must-win for the Wildcats.