Posted on February 15, 2017 by Michael Stern Leave a comment 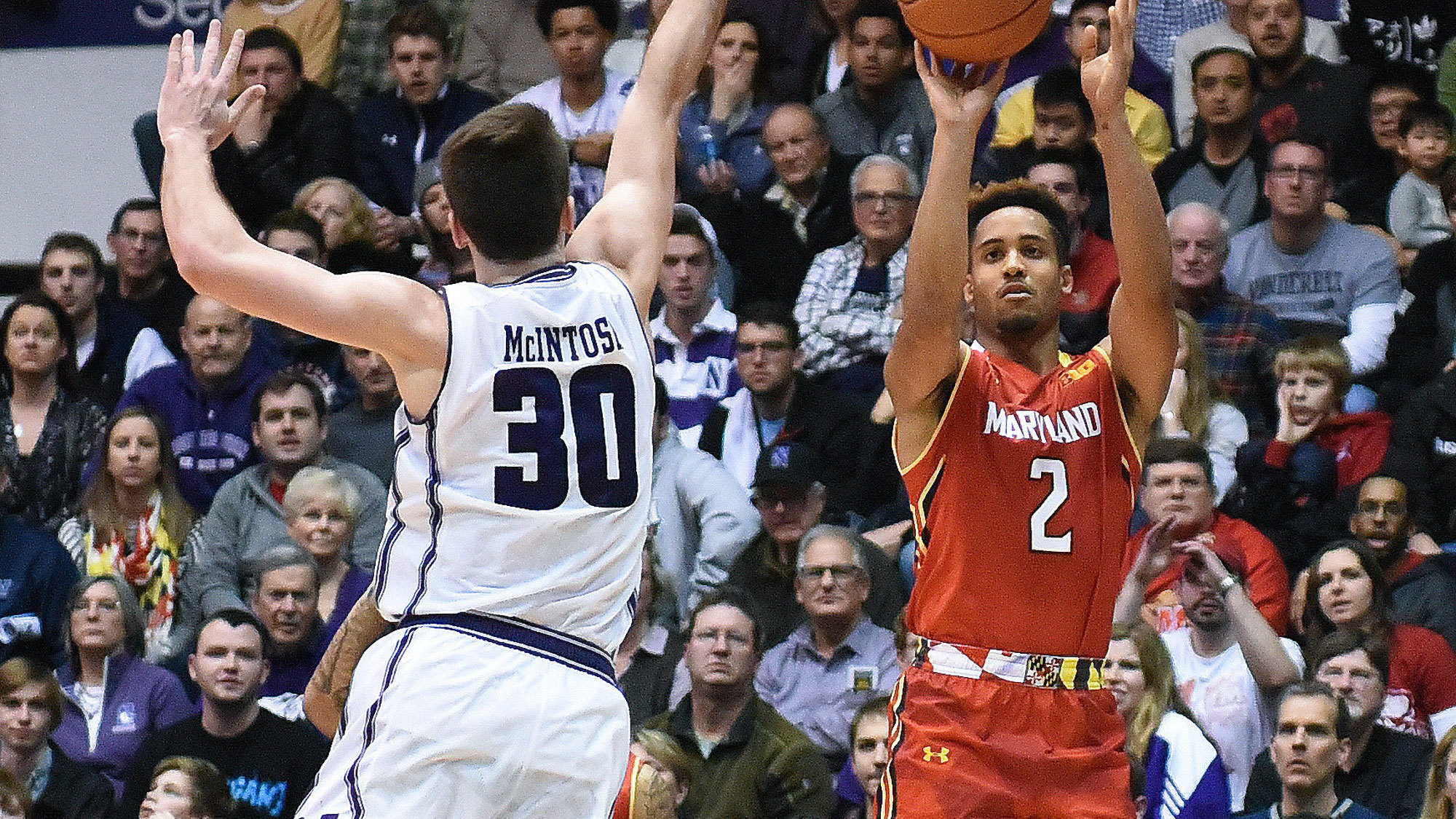 Melo Trimble finished with a career-high 32, and the Wildcats fell short against 23rd-ranked Maryland.

In a battle between two of the Big Ten’s best point guards, one made his presence felt, while the other’s relative absence proved just as significant.

McIntosh picked up two personal fouls in the game’s first three minutes, then returned for nine minutes before an offensive foul sent him back to the bench with three personals.

Isiah Brown made some flashy plays and finished the first half with eight points, but the freshman also committed a couple of careless turnovers in McIntosh’s place.

Despite playing seven minutes of the first half without McIntosh, who typically misses six minutes a game, the Wildcats thought they would head into the locker room within seven points of Maryland after Brown split a pair of defenders and finished at the rim.

Then, Trimble displayed the patience and strength that have him among the Wooden Award’s top 25 players in the nation for the third year in a row. He watched the clock tick inside five seconds before making his move, speeding past Brown and putting just the right amount of spin on the ball to score through contact and give Maryland a 32-22 halftime lead.

McIntosh returned to start the second half and Brown stayed hot to finish with a career-high 19, but the Wildcats did not got back within single digits until there were three minutes remaining in the game. Once they did, Maryland’s Damonte Dodd secured an offensive rebound and put-back to keep the Terps well clear of NU.

Trimble had 13 points at halftime, then scored 11 points in the first five minutes of the second half to extend Maryland’s lead to 48-31. Trimble’s 32 points barely bested his previous career high of 31 set earlier this year against Richmond.

Brown continued his strong play in the second half, keeping the ‘Cats in it with a couple of acrobatic finishes at the rim, and his pull-up three with 4:53 remaining brought NU within 12 and gave the Alaska-born freshman a new career-high.

Brown finished with 19 and provided the Wildcats a much-needed scoring lift, but the game came down to the matchup between Trimble and McIntosh, two of four Big Ten players averaging 15 points and four assists per game in conference play.

Trimble held up his end of the bargain, but McIntosh was “limited” to 31 minutes and managed only nine points and six assists after his 25 points and seven helpers carried the Wildcats to an upset victory over seventh-ranked Wisconsin Sunday night.

Northwestern struck first in front of a raucous crowd when Dererk Pardon threw down a thunderous dunk on NU’s first possession, but Northwestern missed 13 of their next 14 shots. By the time Pardon dunked again to snap the skid, Northwestern trailed 13-9, and Trimble answered with a three-pointer on the other end.

With leading scorer Scottie Lindsey sidelined for the fourth straight game, the Wildcats struggled from deep, hitting five of 22. Maryland made eight of 18 triples, and Trimble himself hit four of five.

Vic Law contributed 12 points and eight rebounds for the Wildcats, while Pardon finished with 11 points and boards  but made only one of his six free throw attempts. Anthony Cowan (13 points) and Dodd (12) also scored in double figures for the Terps.

The Wildcats (19-7, 8-5 Big Ten) fall into a tie with Michigan State for fourth place in the Big Ten and return to action Saturday against Rutgers. Maryland (22-4, 10-3) moved within a half-game of first place Wisconsin. The Terps travel to Madison Sunday.