Posted on February 20, 2017 by Will Greer Leave a comment

Happy Monday, and welcome to week #5 of WNUR Sports’ Bracketology.

A 1-1 week for Northwestern has the Wildcats in a similar position as last week: a good bit off the bubble but still within a stone’s throw. More on NU later in “How far away are the ‘Cats?”.

As for the broader women’s college basketball world, a fairly predictable week brought the least week-to-week changes in our bracket of this experiment’s five weeks. That being said, there’s a change on the No. 2 seed line, and five new teams joined the field of 64. And how’s this for a teaser? One of those five teams calls the Big Ten home.

Now, onto this week’s brackets. We’ll begin, as always, with the Bridgeport region: 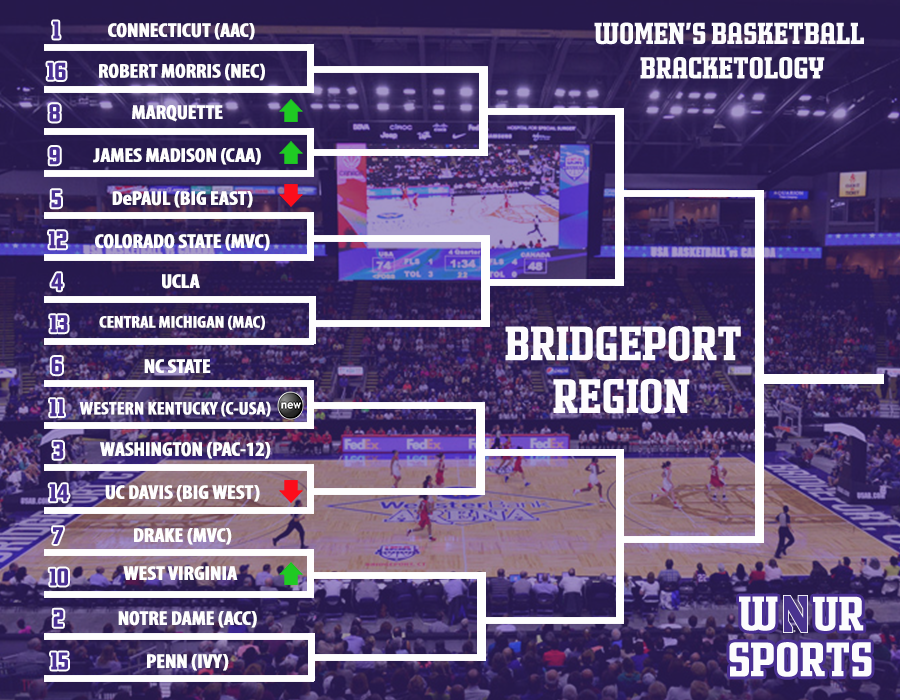 We head southwest to Lexington: 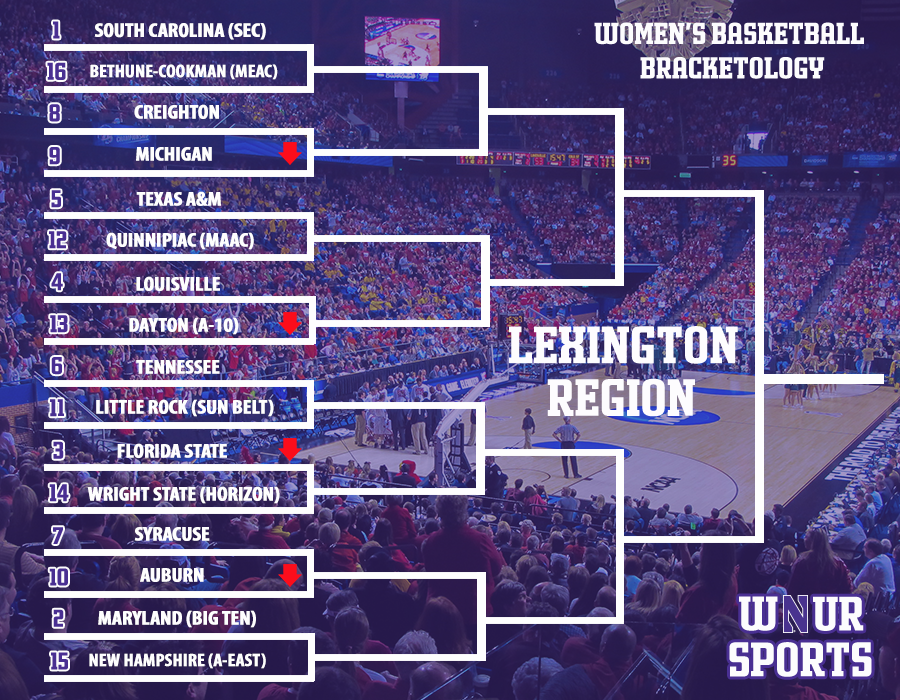 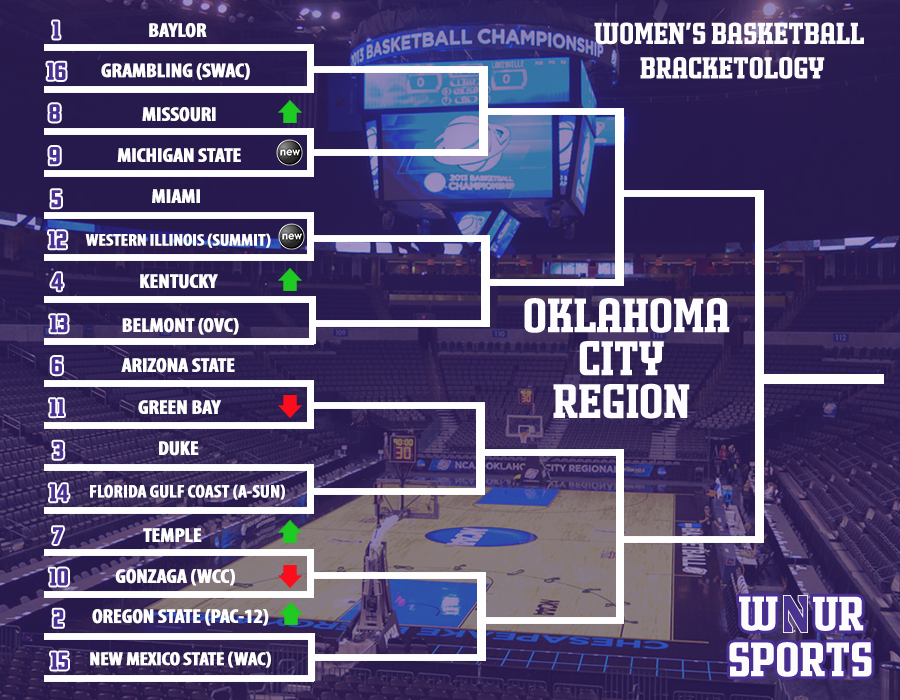 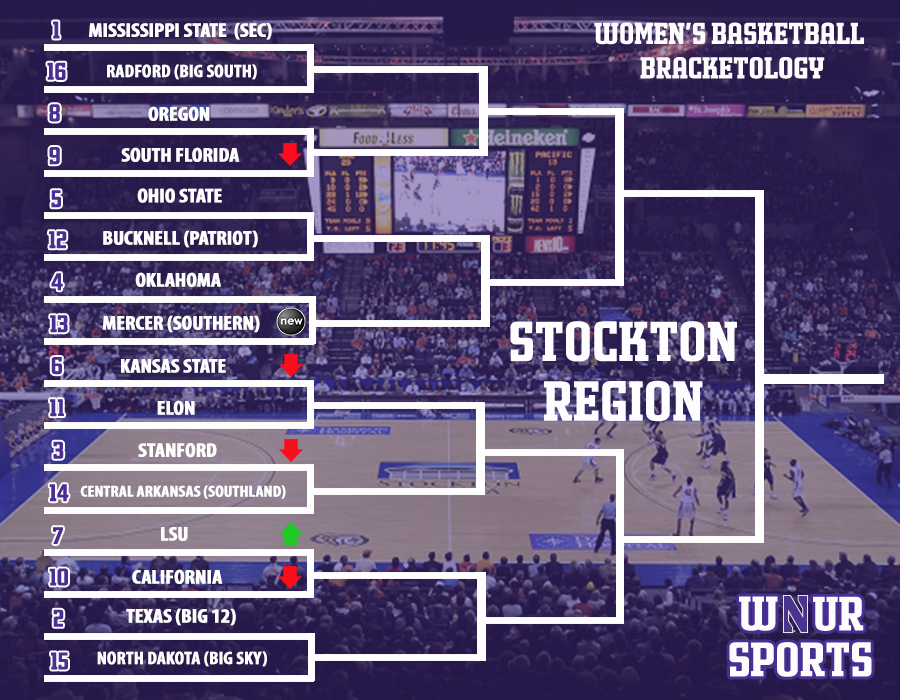 After Thursday’s loss at Iowa and Sunday’s home win against Illinois, Northwestern drops to eight spots out of the tournament. In addition to the “First Four Out,” the ‘Cats are currently behind Iowa, Harvard, and Georgia Tech, who are fifth, sixth, and seventh out of the field respectively. Thursday’s game vs. Rutgers and Sunday’s game at Purdue are absolute must-wins if NU is to sneak into the field of 64 without winning the Big Ten Tournament.