Happy Friday, and welcome to week #6 of WNUR Sports’ Bracketology.

A 2-1 finish to the regular season, plus a win over a pretty good Iowa team on Thursday, has Northwestern back in the at-large discussion heading into Friday’s matchup with No. 9 Ohio State. More on NU in “How far away are the ‘Cats?” later on.

As for the rest of the women’s college basketball world, the last 11 days have brought plenty of change to our bracket on pretty much every seed line. From hosting a regional round to sneaking in as one of the last at-large teams, plenty is on the line for plenty of teams this weekend in conference tournament play.

In case you’re wondering at home and don’t feel like counting them up down below, five new teams joined our bracket this week.

Now, onto this week’s brackets. We’ll begin, as always, with the Bridgeport region: 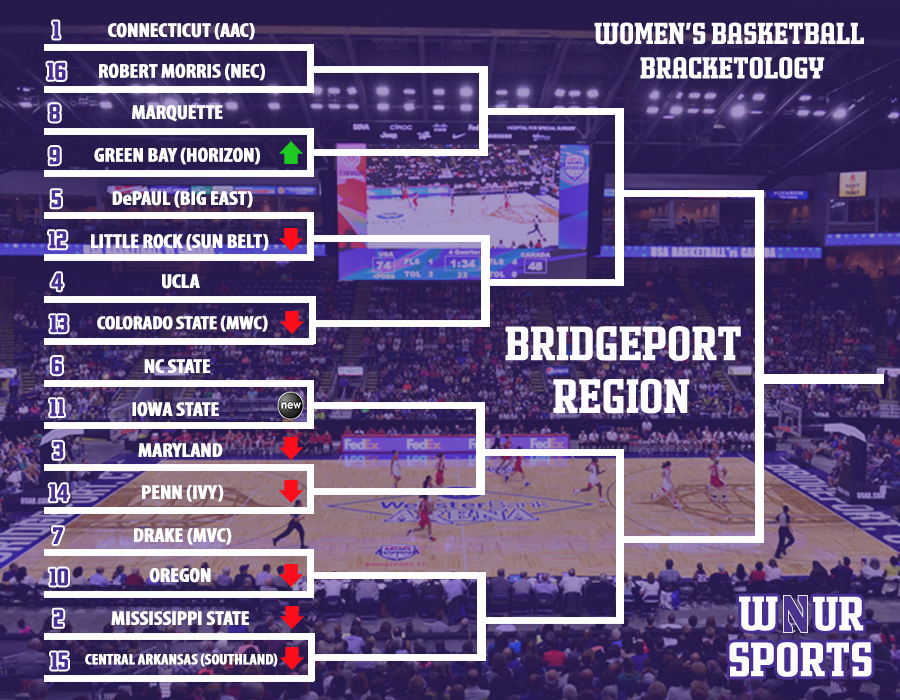 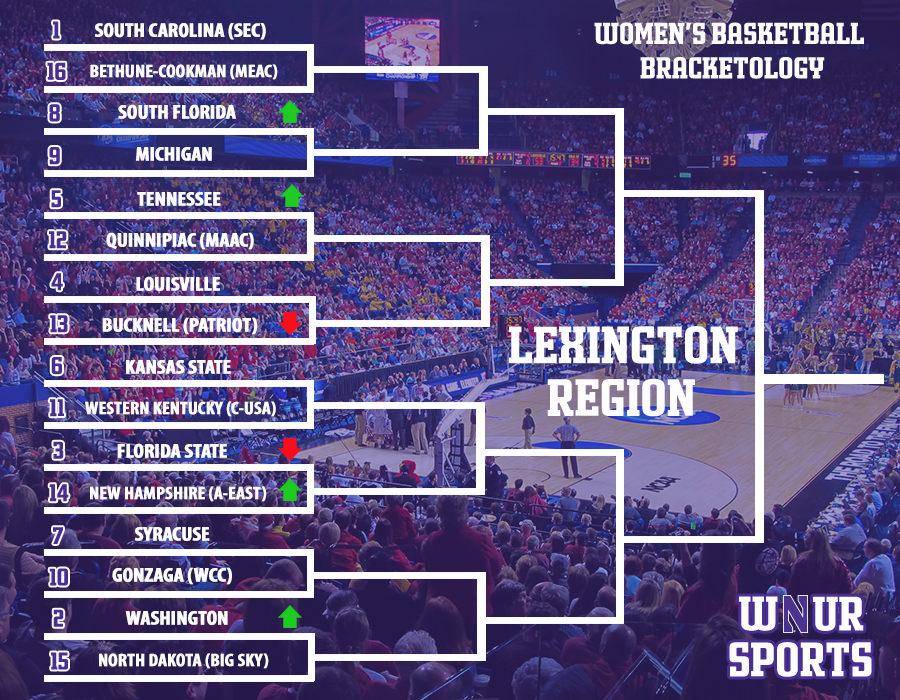 Continuing the journey west, we head to OKC: 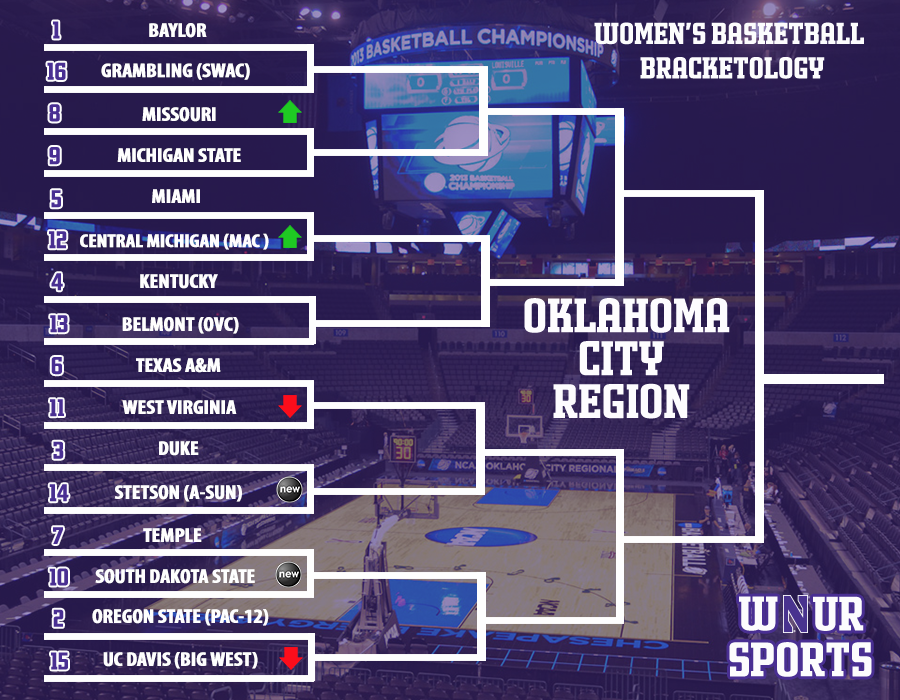 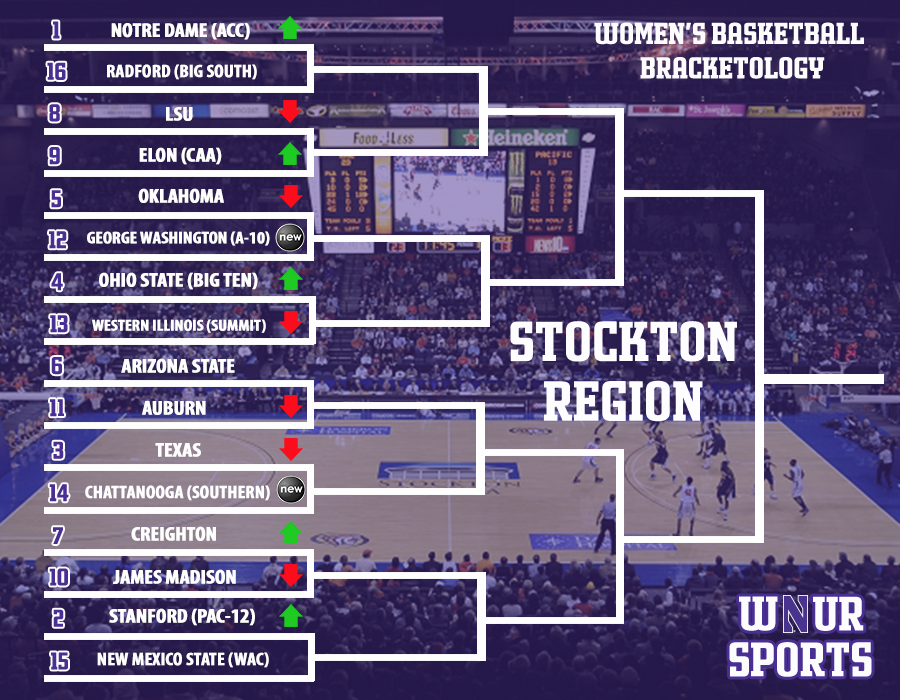 After Thursday’s win against Iowa, a win against Ohio State Friday would likely move Northwestern within 1-3 spots of the field of 64, and a win against the winner of Purdue/Indiana Saturday could certainly vault Northwestern into the field. In addition to the “First Four Out,” the ‘Cats are currently behind just California. Other bubble teams’ results in their respective conference tournaments this weekend will go a long way in determining whether or not the Wildcats receive an at-large bid.