Five Things to Watch for Saturday

Posted on September 8, 2017 by Will Greer Leave a comment 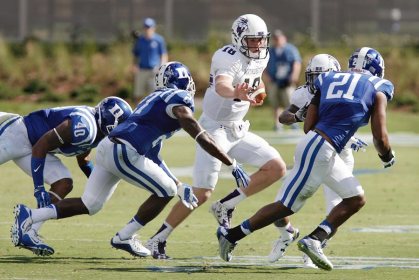 With Northwestern coming off a week No. 1 win over Nevada, Pat Fitzgerald will look to keep the ‘Cats rolling, heading into Durham to face Duke this Saturday. Duke returns some key starters and will likely pose a tougher challenge for Northwestern this year than last, when the Wildcats defeated the Blue Devils 24-13 at Ryan Field in week No. 3. And with that, here are five things to watch for this week.