Posted on January 22, 2018 by WNUR Sports Leave a comment

Welcome to the very first edition of WNUR Sports Bracketology. After three years of failure, and one year of soul-searching, I am back with a bracketology column. Everything has changed. My method is different, the rules are different, the website is different. Let us begin our journey to the promised land; a journey to the most magical time of year; the journey…to March Madness.

In years past, my ultimate goal was to find a formula that could accurately project how the selection committee would seed teams come Selection Sunday. But after three winters buried in spreadsheets and data and only drifting farther from the truth every year, I concede that, alas, there is no code behind the selection committee’s decisions, especially since the committee changes every year. And with this realization, I am free from my Excel hell. I’m doing things the old-fashioned way this time: evaluating each team’s resume using common sense. The robots are coming, but they have yet to take our precious tournament from us.

It’s a strange year to be a bracketologist, as the committee has bestowed upon us new criteria (dare I say, new rules). In short, winning on the road is more important than in years past, and winning at home is less important. Also, advanced metrics (KenPom!) have been added to the resume printouts which the committee use to evaluate teams. You read the NCAA’s full explanation here.

Before I finally leave you with my projections, here are some disclaimers so that we can be on the same page if you want to argue with me about this on Twitter:

In future weeks I will actually talk about college basketball teams instead of linking to Dua Lipa music videos. But for now, I leave you with the bracketology, sans analysis: 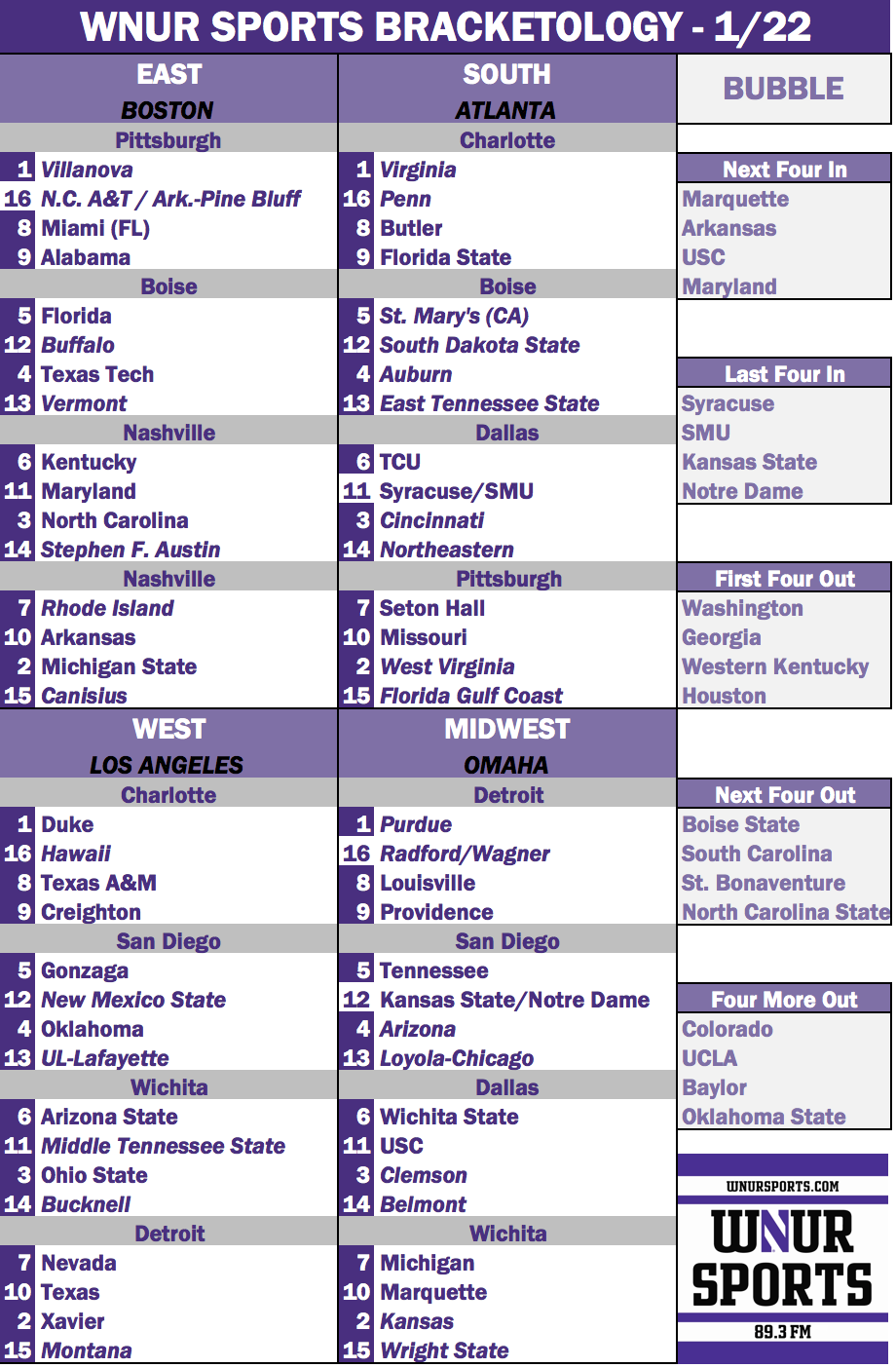