WNUR Bracketology: Week 6 – The End is Nigh

Posted on February 27, 2018 by WNUR Sports Leave a comment

I write to you today, esteemed reader, from the brink of insanity. It seems every week now, I dedicate 300 words to how monumental a challenge it was to assemble the new projections. I truly thought that this wouldn’t be the case this time. There was no question as to who the 1-seeds were, and the field of 68 seemed pretty cut and dry.

I knew St. Bonaventure had earned a spot in the tournament (for the moment). Perhaps it was punishment for failing to heed the my own desperate warning, to which I dedicated most of last week’s column. Maybe it was because I was ignoring the haunting errors of Selection Sundays past. For whatever reason, the dark and mysterious forces of bracketology conspired against me, and I live to tell the tale.

It started innocently enough: there was a cluster of teams on the border between 14- and 15-seed, which took 20 minutes of deep thought to untangle. Tedious, but nothing to write home about. But then, things took a cruel turn: it became evident that by giving the Bonnies the final at-large bid, I would have to rule UCLA, to whose colors I am so fiercely loyal, out. But it had to be done. The Bonnies clearly had the better resume…right? RIGHT?!

After finally selecting and seeding the 68 teams, it was time to construct the bracket. This is supposed to be the easy part. Not this time. Competitively unbalanced regions, geography issues, regular season rematches, recent tournament rematches, and conference rematches lurked behind every cell in my Excel spreadsheet. I was forced to restructure again and again and again. My computer crashed three times today.

Now, the Bracket Matrix mocks me. It calls me a heretic for putting Houston as a 9 when they should be a 6, and a fool for placing so much faith in Louisville. I finished writing this column at 1 a.m., feeling incredibly uncertain about my projections for this week.

But we’re only two weeks away from Selection Sunday. The finish line is in sight. Vindication awaits. Madness is on the horizon.

Now, please enjoy this week’s projections (I spent too much time on this for you not to) after the usual disclaimers: 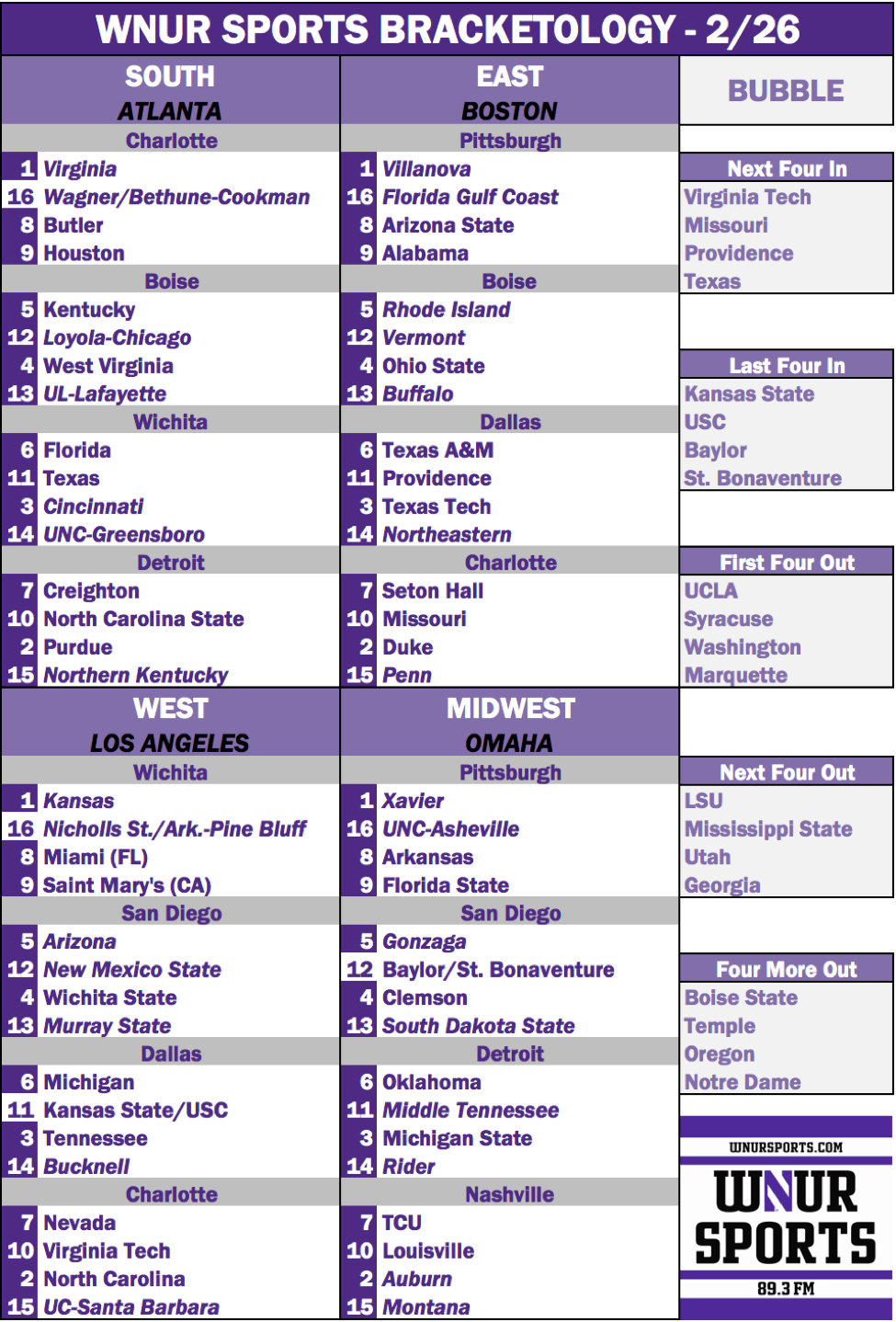