Imagine you’ve lived your entire life watching Pac 10/Pac-12 football. The west coast offense is the only college football offense you’ve ever known. You expect your team to score at least 30 points per game; failing to do so spells sure defeat.

And then you go off to college at a Big Ten school. Your dad comes out to visit you and you bring him to a game––Northwestern vs Iowa. Imagine our shock. Imagine our horror.

Over the course of three eternal hours, the two of you watch the game you held so dear delvolve slowly, slowly, ever so slowly into a barely recognizable perversion. Why won’t they kick field goals? Why do they keep turning it over on downs?

Punt by punt, your souls wither away in the cool midwestern air until there’s nothing left, like dandelions stripped bare by a gentle breeze. Never before had you been so bored and so terrified at the same time.

I wasn’t prepared. I didn’t know any better. I thought the biggest culture shock facing me when I left Los Angeles for Evanston would be the weather––but it was the football.

Over the course of the season, however, I came to appreciate how the guys play football out here. The tenacity, the stubborn will, the pure insistence on overpowering your opponent. Back west we go around the defense, out here the guys plow through the defense with 20 sticks of dynamite. Also, this happened: 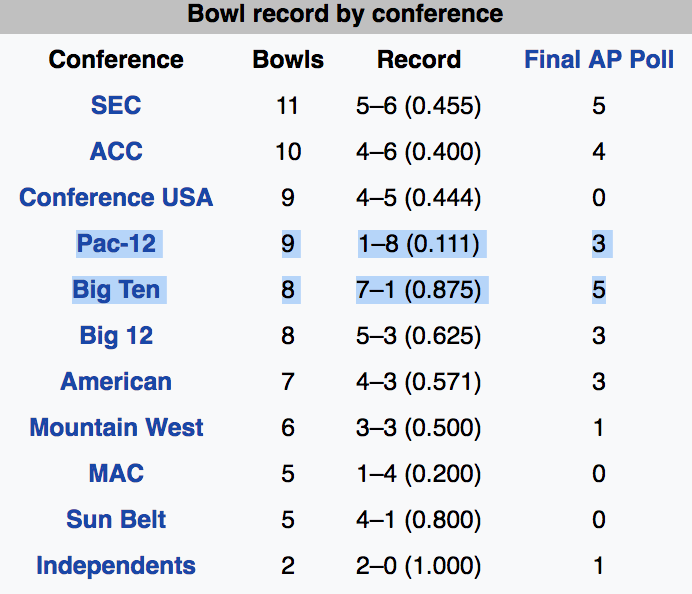 So the joke was on me. Now I understand and respect Big Ten football. It’s not boring, it’s beautiful.

So this year, Iowa-Northwestern will be different. I refuse to be caught off guard. When the Wildcats visit the Hawkeyes on November 10, I will know what to expect. And you will too, because you’re reading my matchup preview. Let’s do this.

The first thing to know about Iowa’s returning starting quarterback, Nate Stanley, is that he’s a big man with a big arm. The junior stands in at around 6’4”, 292 lbs and reportedly topped 92 mph with his fastball as a high school pitcher. Last season, he threw 26 touchdowns and just 6 interceptions, making him the only Big Ten quarterback with more than four passing touchdowns for every interception.

Those numbers have generated hype around Stanley. He’s been named named to the Maxwell Award watch list as well as the Manning award watch list. ESPN’s Todd McShay slotted Stanley in at 23rd overall in his preseason 2019 Mock NFL Draft.

But there are three downsides to Stanley:

To expand upon that last point, we start at running back. Akrum Wadley was a workhorse for the Hawkeyes last year with 252 carries. He has since graduated. The Hawkeyes’ second-leading rusher was James Butler, who had more than 10 carries per game. He also graduated. As such, there is a void at the running back position for the Hawkeyes, a void that will likely be filled by a committee of three sophomores: Toren Young, Ivory Kelly-Martin and Mekhi Sargent, in that order.

Only four wide receivers tallied at least three receptions for the Hawkeyes last season. Brandon Smith (3 receptions, 10 yards) is coming off of a disappointing freshman season but is a raw athletic talent with a high ceiling. Another sophomore, Ihmir Smith-Marsette (18 receptions, 187 yards), had moments of brilliance but was wildly inconsistent. Matt VandeBerg (28 receptions, 384 yards) graduated, which leaves Nick Easley, who led the team with 51 receptions for 530 yards, as the most obvious and reliable target for Stanley. Easley is only 5’11” and walked on to the team last year after transferring from junior college, but Northwestern should be sure to not underestimate him. Far too many people made that mistake last season.

Things are much more optimistic at the tight end position, where the Hawkeyes return Noah Fant. The junior is drawing rave reviews after a sophomore season that saw him pull in 30 receptions for 494 yards and 11 touchdowns. He is quite simply the best tight end in college football, and might be a high first-round pick if he declares for the draft after this season.

Football canon tells us that Iowa has a good offensive line…something something tough something corn-fed something something grit. But it appears the canon LIES. The advanced metrics tell us that the Hawkeyes’ O-Line was subpar across the board last year. This year, both starting guards, whoever they may be, will have very little experience between them. Both starting tackles are suspended for week 1.

All of this spells a simple mission for the Northwestern defense when they arrive at Kinnick Stadium: force the Hawkeyes to win on the ground. The Wildcats’ defensive line excelled at stopping the run last season but struggled to pressure opposing quarterbacks. With Godwin Igwebuike and Kyle Queiro both graduating, Nate Stanley has what it takes to exploit an inexperienced secondary. Northwestern can’t let that happen.

Iowa’s defensive line is flat-out scary. The Hawkeyes return three of their four starting defensive linemen, with only defensive tackle Nathan Bazata departing. At right end, Anthony Nelson led the team in sacks last year with 7.5. The junior already has 13.5 career sacks and is one of the most criminally underrated players in the Big Ten. At left end, senior Parker Hesse makes up for his lack of size with his experience (33 career starts). Opponents will also see plenty of five-star recruit A.J. Epenesa, who last season made the Big Ten All-Freshman Team. Matt Nelson won the starting defensive tackle job from Cedrick Lattimore halfway through last season, but Bazata’s departure means both should start in 2018.

There are other key names I could list from Iowa’s incredibly deep defensive line corps, but doing so would distract from the not-insignificant fact that Iowa returns none of its starting linebackers. None. Bo Bower, All-American Josey Jewell, and Ben Niemann all graduated and went pro. Losing all of their top three tacklers is, needless to say, a devastating blow for the Hawkeyes.

The secondary also took a major hit in losing Josh Jackson to the draft, and Hawkeye fans are hoping that sophomore Matt Hankins can be the playmaker that Jackson was. Assisting Hankins in picking up playmaking duties will be junior safety (or perhaps emergency OLB) Amani Hooker, so long as he can stay healthy.

Northwestern’s offensive line has to be at its very best if the Wildcats plan on escaping Iowa City with a victory. Much like the quarterback he’ll face, Clayton Thorson is fully capable of picking apart Iowa’s secondary. The question is, will the offensive line give him enough time to do so?

What makes this matchup such a fascinating one is its symmetry. Both quarterbacks are potential first-round picks who can feast upon their opponent’s depleted secondary. Both will be challenged by defensive lines that should overpower the opposing team’s offensive line. Both teams have ambitions beyond finishing second place in the Big Ten West, but will have to get past each other to reach those dreams.

I expect another very close game between Iowa and Northwestern.

And this time, I’ll enjoy every bit of it.