Posted on October 21, 2019 by WNUR Sports Leave a comment 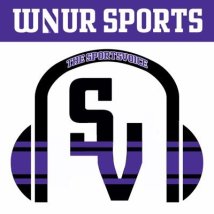 This week, co-producers Pat Timlin and Eric Rynston-Lobel are joined by Ben Krieger for the first half of the show where they recap the ‘Cats debacle against Ohio State. Then, Pat and Eric preview the football game against Iowa next week, and Pat gives an update on Northwestern volleyball.

This week, Margaret Fleming and John Volk join host Jake Liker to talk about Northwestern Field Hockey, men’s and women’s soccer and some volleyball. Plus, it’s not Wildcat Whiparound without Trivia Time…be sure to see how Margaret and John fared in their debuts!

Parker Johnson and Henry Ettinger are back this week to talk about the ‘Cats 52-3 loss to the Ohio State Buckeyes. They also touch on some NBA topics.