Reflecting on the Big Ten Tournament That Never Was 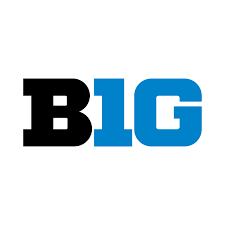 Boos rained down from the crowd midway through Northwestern’s first-round contest against Minnesota as the PA announced that the remaining Big Ten tournament action would be closed off to everyone other than essential personnel due to the COVID-19 pandemic.

It was just the tip of the iceberg.

On the tournament’s second day, my broadcast partner and I had joked with the security guard about chugging water bottles before going through screening. Humor felt like the only thing that would get us through the moment. After all, the evening prior, Adrian Wojnarowski of ESPN announced that the NBA would suspend all operations after Utah Jazz center Rudy Gobert tested positive for the virus just before tipoff in Oklahoma City. The news sent shockwaves through our hotel suite at the Comfort Inn.

Minutes later, ESPN aired a 4-second clip of Nebraska head coach Fred Hoiberg looking under the weather on the bench. Hoiberg was rushed to the hospital and the Indiana and Nebraska teams remained under quarantine in the locker room.

Hoiberg had inhabited the same arena that we had just called the Northwestern game.

Yet after it all, the Michigan and Rutgers men’s basketball teams were shooting around 30 minutes before tipoff in front of an empty crowd. All of a sudden, both teams exited the floor. Media members were abuzz.

Sure enough, B1G commissioner Adam Augustine sent out a release at 11:44 Eastern time confirming the inevitable: the remainder of the tournament would be canceled.

As of writing this, one more NBA player, guard Donovan Mitchell, has contracted the virus. It’s likely that this incident spurred cancellations throughout the basketball world, as every major NCAA conference has called off their tournaments. Since publishing, the NCAA Tournament has been canceled.

What we must remember is that COVID-19 and future outbreaks should always be taken seriously, independent of the effects they pose on the rich and famous. Gobert and actor Tom Hanks may bring this pandemic into the mainstream, but these celebrities are far more likely to have access to quality healthcare and make a full recovery than the average person. I urge everyone to think of the elderly and those with respiratory illnesses who will suffer disproportionately from illness or at minimum fear; of college students who will lose their work-study jobs and have trouble returning home; of on-site workers for major sports who will have to find a new source of income.

With all of the panic and uncertainty the virus has caused, I’m sure Pat Spencer and A.J. Turner are grateful that they experienced a moment of closure to their careers in a Northwestern uniform, even if it was through a NU second-half collapse. When Turner checked out for the final time as a Wildcat, his teammates and the small but densely packed Northwestern faithful showered him with affection on the bench. Hundreds of other senior student athletes, including Abi Scheid, Abbie Wolf, Byrdy Galernik, Bryana Hopkins and Amber Jamison, will likely not be able to say the same.

On a personal note, attending, commentating, reporting on, and cheering at sporting events has been and will continue to be a huge part of my life. It’s no secret that nearly every professional sport involves an enormous gathering of some sort. LeBron had a point when he claimed on Twitter that he would refuse to play in front of an empty crowd. Fans are the lifeblood of these events and it felt eerie being in a mostly vacated Bankers Life Fieldhouse earlier today.

I applaud the Big Ten, the NBA, the MLB and every other major sports league for putting their seasons on hold. In the short term, this sucks. A lot. There’s no way around that. But I am confident that this will be looked back at as the right decision. If millions of lives are at stake, we need to be overly cautious.

I don’t know the next time I’ll be on a Northwestern broadcast. Hopefully, everything is up and running by the fall. One thing I know for a fact is that I don’t plan on ever taking sports for granted again.