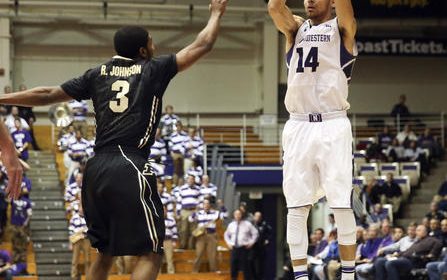 WNUR Sports Online Content Director Cameron Songer (@CameronSonger) explains which Northwestern basketball players would excel in Winter Olympic sports. I was so productive last week. Two midterms forced me to buckle down and study. With the men’s basketball team not playing a weekday game last week, there was one less thing to distract me. This week, the ‘Cats play a

END_OF_DOCUMENT_TOKEN_TO_BE_REPLACED

Feed the Post: Northwestern Basketball Goes to the Dogs

Posted on January 22, 2014 by Cameron Songer Leave a comment

WNUR Sports Online Content Director Cameron Songer (@CameronSonger) picks a dog breed that looks like each member of Northwestern’s basketball team. This season was supposed to be a lost one for Northwestern men’s basketball. After starting conference play 0-3, it looked clear that Chris Collins’s squad was in a year of transition. To cheer me up, I started wondering which

END_OF_DOCUMENT_TOKEN_TO_BE_REPLACED

WNUR’s Jason Dorow (@JasonDorow) examines the 2013-2014 Northwestern Wildcats men’s basketball roster, coaching change and season outlook. The Northwestern football hype may be disappearing from Evanston, but the boys on the hardwood are set to kick off the year. Get ready ‘Cats fans! Basketball season is upon us! Northwestern men’s basketball team is coming off a bit of down year.