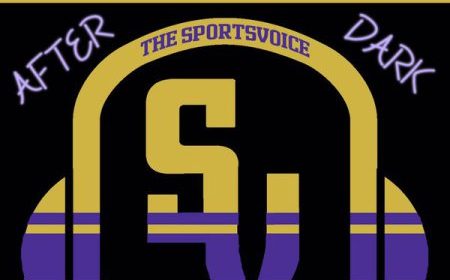 END_OF_DOCUMENT_TOKEN_TO_BE_REPLACED

It’s another 4-on-4, where four WNUR broadcasters answer four questions about a newsworthy topic in Wildcat athletics. This afternoon, Michael Stern (@michaeljstern23). Ben Goren (@BenG412), Jason Dorow (@jasondorow), and Ari Ross (@aross50) break down the women’s basketball tournament? Will UConn complete the three-peat? Can Maryland reach the final four in their first Big Ten season? And, oh yeah, NORTHWESTERN has

END_OF_DOCUMENT_TOKEN_TO_BE_REPLACED

It’s the first installment of 4-on-4 here at WNUR, where four of our broadcasters answer four questions about happenings in the world of college (and often Northwestern) sports. As yesterday was selection Sunday, Michael Stern (@michaeljstern23), Ari Ross (@aross50), Ryan Fish (@ryanmfish), and Josh Burton (@josh_burton1) reveal their final four teams, sleeper picks, and national champions. The quartet also predicts the fate of all seven Big Ten teams in the tournament.

END_OF_DOCUMENT_TOKEN_TO_BE_REPLACED

Bracketology: Predicting the Field of 68? 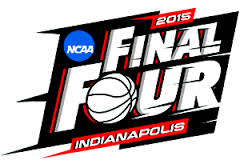 Bracketology: Can I predict the field of 68? I always wonder this time of year if I could do Joe Lunardi’s job. You know, Lunardi only boasts about how many teams he gets correct in the field…he hardly ever correctly predicts matchups and often jumbles the seeds of bubble teams. Each year, I try to play Lunardi on selection Sunday

END_OF_DOCUMENT_TOKEN_TO_BE_REPLACED

We had our broadcasters send in their picks ahead of the first Big Ten tournament games. Read on to find out who they think will earn the conference’s automatic bid, and how far Northwestern will advance Wednesday: 12) Nebraska vs. 13) Penn State: Majority says: Nebraska, 8-3 Who picked Nebraska: Michael Stern, Ari Ross, Alex Lederman, Jason Dorow, Josh Burton,

END_OF_DOCUMENT_TOKEN_TO_BE_REPLACED

What If? Rule changes in women’s lacrosse

WNUR Sports Online Content Director Cameron Songer (@CameronSonger) invents a few changes to the rules of NCAA women’s lacrosse to draw more fans and make the game more exciting. In case you hadn’t heard by now, Northwestern has a really good lacrosse team. Their recent stretch (this is their ninth consecutive trip to the Final Four) receives some publicity around