Posted on December 31, 2015 by WNUR Sports Leave a comment

Michigan State was stunned by Iowa and Maryland eeked by Penn State as Big Ten play opened up.

END_OF_DOCUMENT_TOKEN_TO_BE_REPLACED

Then and Now Preview: Purdue

Posted on January 21, 2014 by WNUR Sports Leave a comment 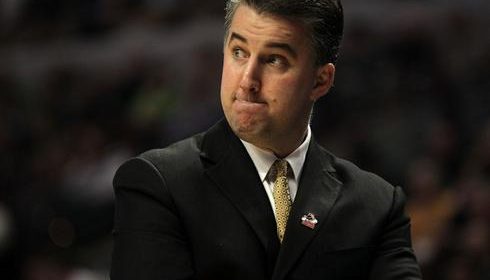 WNUR’s Michael Stern (@MichaelJStern23) previews each of Northwestern’s opponents by looking at how each team did for the first few years under their current head coach. Today: Purdue and Matt Painter. Next up in the then and now preview series: the Purdue, as Northwestern tries for the first Big Ten winning streak of the Chris Collins era at Welsh-Ryan against

END_OF_DOCUMENT_TOKEN_TO_BE_REPLACED

In this week’s edition of Kis This, Zack Kisfalusi tries to find the reasons behind Northwestern’s continued offensive struggles. Rock Bottom This Northwestern team has reached a new low after getting beat down on Sunday by the Purdue Boilermakers. With no one scoring in double digits, the offensive struggles continued for the entire team as even Reggie Hearn started forcing

END_OF_DOCUMENT_TOKEN_TO_BE_REPLACED

Posted on January 24, 2013 by WNUR Sports Leave a comment