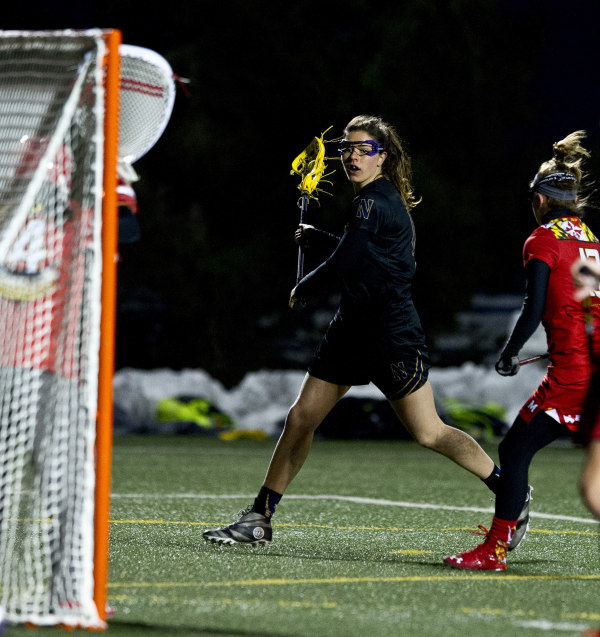 The women’s lacrosse team plays its third ever Big Ten Game on Friday, this time facing Rutgers out in Piscataway. Currently 1-1 in Big Ten play, neither of the Wildcats’ two previous Big Ten games have been too exciting. One, against Maryland, was a 16-5 loss where Northwestern appeared overmatched. From the first draw, it was clear Maryland was going to dominate, but the Terrapins are not just the best team in the Big Ten this year, but maybe one of the best women’s lacrosse teams ever. Maryland has been ranked #1 in the coaches’ poll every week this season (unanimously so, every week but two). Their defeat of Northwestern, who has been ranked somewhere between seventh and fourth all season, shouldn’t be a source of worry for Wildcat fans.

Michigan was the opposite. This is only the team’s second year as a varsity program, and while they’ve got a lot of talent and will be good soon, there’s still a long way to go. The ‘Cats 17-8 defeat of Michigan was workmanlike.

Expect more of the same on Friday at Rutgers. The Scarlet Knights are 1-12 overall. The only other teams both Northwestern and Rutgers have played is Maryland.  While we can’t discount Rutgers completely, the ‘Cats should come out with a clear win, and can’t afford a slip up against such an inferior opponent. With only five regular season games left, it’s time for Northwestern to prove they’re still among the best.  Seeding for the NCAA tournament, even if the coaching staff might not want to admit it, is going to be a driving force for the team down the stretch run.

There are a couple of things the Wildcats need to do to ensure a win on Friday, both of which they’ve struggled with so far. Here are my keys to the game:

NU has struggled with this all season, but Sheila Nesselbush and Shelby Fredericks have recently emerged as the ‘Cats top two drawers, and hopefully they can keep that alive.  Against a weaker opponent, NU will have an opportunity to try some new things.

Penn was a tale of two halves for Northwestern. While the Wildcats dominated the first half against the Quakers, Penn came storming back and sent the game to OT. And it isn’t just Penn. This has been a problem for the ‘Cats all season. At USC, they only scored three goals in the first half while allowing seven, and then turned it around and scored eight in the second half, allowing four. Against Colorado, a second year program, Northwestern managed only four goals in the first first, allowing the same, then held the Buffalos to four in the second half while scoring 10. NU has struggled to put together a full 60 minutes together.

WNUR won’t trek out to New Jersey, but you can follow the action through our twitter feed.  The game will also be available on BTN Plus, starting at 6 PM CT.