Posted on September 7, 2015 by Ryan Fish Leave a comment 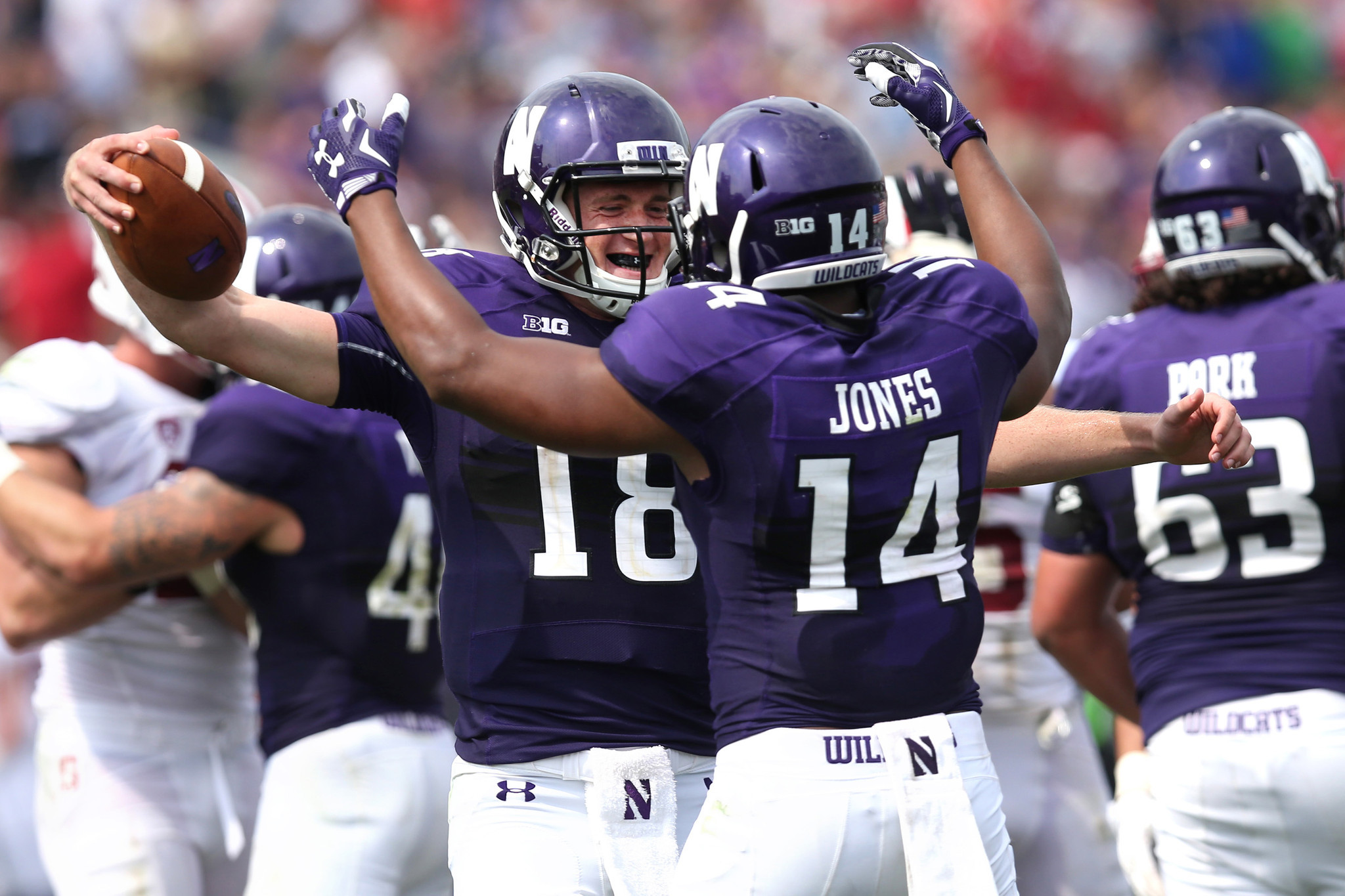 Behind a stellar defensive performance, the Wildcats toppled No. 21 Stanford at Ryan Field on Saturday. The ‘Cats did just enough on offense, while the defense held to just two field goals as the Wildcats won their home opener for the ninth time in 10 years. Northwestern played a great game, one that bodes well for the rest of the season. So let’s take a look at the numbers behind Northwestern’s upset victory over the Cardinal.

But the ‘Cats thought otherwise as Northwestern’s defense limited the Cardinal to just 3.9 yards per play. The entire game Stanford had trouble moving the ball and sustaining drives, as Stanford has just four drives for more than 20 yards. The Wildcats’ defense was tremendous on Saturday, limiting Kevin Hogan and the Stanford offense and allowing zero big plays. The Wildcats had eight tackles for a loss! On a day where the Wildcat defense needed to come up big, they absolutely did.

That’s exactly what they did. Stanford converted just 3 of 15 third down attempts as Northwestern’s defense absolutely dominated the game. Time and time again, Stanford was unable to convert on third down, taking their offense off the field and putting a tired and weary defense back on.

The ‘Cats were able to stop Stanford when they needed it, coming up with a crucial interception with under a minute left in the fourth quarter and forcing field goals when Stanford was in the red zone. To quote head coach Pat Fitzgerald, “It was probably one of the best [defensive] performances I’ve seen.”

Justin Jackson is a beast. The true sophomore rushed for another 100-yard game paving the way for the Wildcats victory as he pounded Stanford’s defensive line again and again, wearing them out over the course of the game.

Last season, Jackson was incredible, rushing for 1,187 yards and 10 touchdowns, and Saturday at Ryan Field, he was back at it again. Jackson rushed for 134 yards on 28 carries, averaging 4.8 yards a carry. Mick McCall and the Northwestern coaching staff was able to continue to give the ball to Jackson over and over again, knowing he’d pick up the 5-6 yard they needed.

And Jackson did this against a Stanford defense that allowed just 104.5 yards per game on the ground last season. Jackson single-handedly ran for more yards Saturday than Stanford allowed per game last season. If Jackson can keep it up, which is a good bet, Northwestern’s offense could continue humming the rest of the season.

Clayton Thorson certainly wasn’t perfect on Saturday; luckily for Northwestern, he didn’t need to be. One thing the redshirt-freshman quarterback was able to show off, however, was his athleticism: Thorson accounted for the game’s only touchdown, busting off a 42-yard run to the end zone off a quarterback draw. The dude’s got wheels, and he showed them off there.

It was the longest run for a Wildcats QB since Kain Colter had a 46-yarder against Penn State in 2011. Another factor that made the run important was when it came: on third-and-seven from outside field goal range. Thorson completed only 50 percent of his passes for 105 yards, yet was able to convert using his arm and legs in crucial moments.

Thorson converted seven times (six passing and the one touchdown run) on third or fourth down and 5 or more yards, with many of those situations coming in the second half with NU holding a slim lead. He also was the benefactor of some good luck, as Stanford dropped or misread multiple bad throws from Thorson that could have been intercepted. His decision-making must improve as the season moves on, but if we learned anything on Saturday, it’s that Thorson can make big-time plays at this level.

This number is a combination of several factors, including Thorson’s play, stability from the offensive line, Jackson’s effectiveness, the coach’s game plan, etc. Simply put, Northwestern’s offense didn’t turn the ball over, while the defense forced two takeaways. The ‘Cats actually had a decent turnover margin in 2014 (+4), ranking fourth in the Big Ten. However, the team benefitted from an effective defense that forced 27 turnovers a year ago.

While turnovers weren’t the singular cause of the offense’s downfall in 2014 (red zone efficiency, third down conversions, poor field position, poor pass protection, etc.), they certainly didn’t help the team’s lack of explosiveness. Northwestern took care of the ball Saturday, and against a ranked (and albeit, inexperienced) defense no less. As a result, Thorson was able to prolong drives and keep the ball away from Stanford’s offense. Even if the ‘Cats don’t score at a rapid pace for the rest of the season, limiting turnovers will always be a recipe for success.

Here’s a number to put Northwestern’s effort on Saturday in perspective. Northwestern has won nine of their last ten season-opening games, but the last time the Wildcats won a season-opener against a ranked team was in 1995 (20 years ago, against #9 Notre Dame).

Coincidentally, that same season was also the last time Northwestern held a ranked opponent without a touchdown (35-0 vs. #24 Wisconsin). If 1995 doesn’t sound familiar, it should; Northwestern went on to go 10-2, winning the Big Ten and making it to the Rose Bowl. Not a bad omen for this year’s squad.