Northwestern Returns to Coaches’ Poll at #24

Posted on November 8, 2015 by Michael Stern Leave a comment 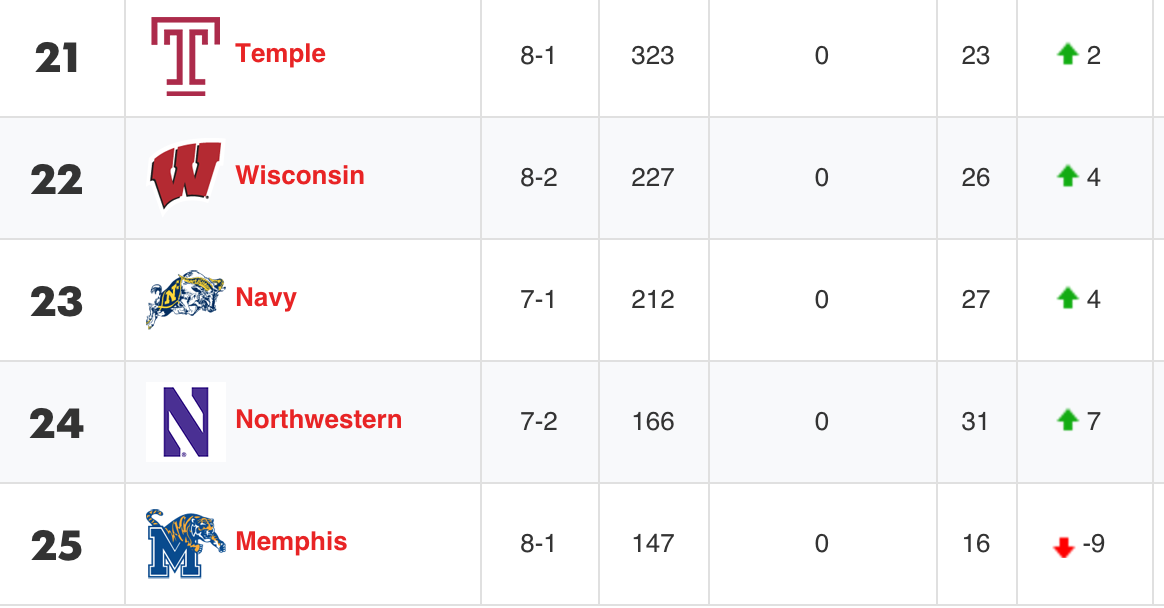 The new USA Today Coaches’ Poll is out, and Northwestern is back in the top 25.

The Wildcats sit at number 24 after a thrilling victory over Penn State. They were the highest risers of the week in the poll, jumping seven spots from deep in the abyss of “others receiving votes.”

Northwestern is one of six Big Ten teams ranked in the poll, as Wisconsin also moved into the rankings at number 22.

Ohio State remains number one with a 15-point lead over second-ranked Clemson. Iowa moves into the top ten at number eight, while Michigan State falls eight spots to number 14 after a controversial loss to Nebraska. Michigan pounded Rutgers and moves up two spots to number 15.

Stanford won again to reach number seven in the poll.

NU faces Purdue Saturday before traveling to Madison on November 21.