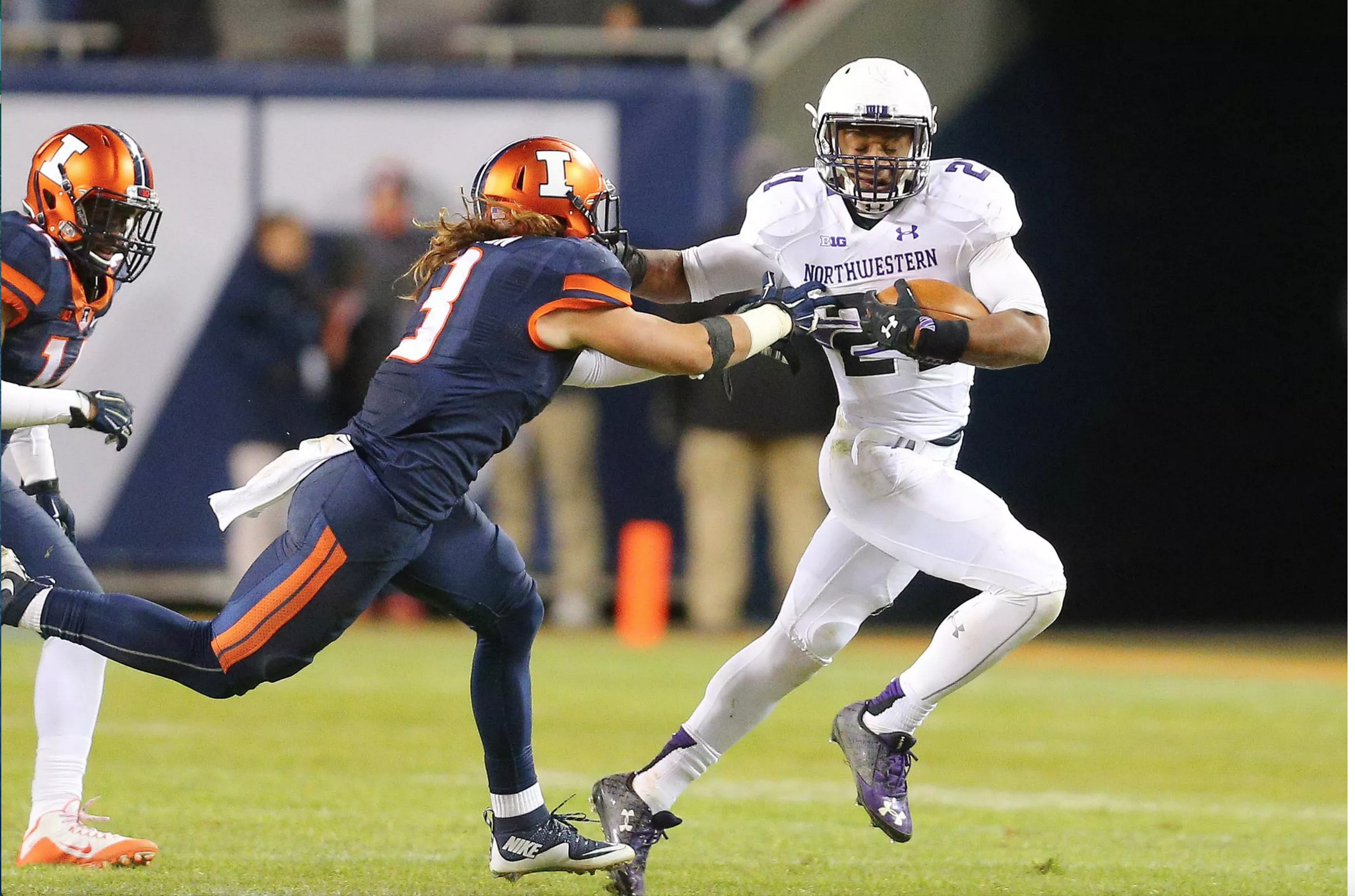 The Hat is back! Northwestern beat Illinois at Soldier Field on Saturday to reclaim the Land of Lincoln trophy, otherwise known as the HAT, and finish with 10 wins on the season for the first time since 1995. Behind a stout defensive performance, and just enough offense (again) the ‘Cats beat the Fighting Illini. So let’s take a look at the numbers behind Northwestern’s 24-14 victory in the regular season finale.

Conversely, the Wildcats’ offense bogged down in the second half, as Northwestern only averaged 3.78 yards per play. This may be in part due to adjustments by Illinois’ defense, but similar to the second half in Madison last week, Northwestern called very conservative plays after grabbing the lead and therefore had less explosiveness in the second half. The strategy may be frustrating to watch for some fans, but Northwestern trusts its defense a lot (and for good reason, it’s one of the nation’s elite units). Once the Wildcats take the lead, the coaching staff is content to run the ball often and milk the clock in order to avoid potential turnovers or big mistakes. So far, the strategy has worked: Northwestern is 10-2 and perfect in closely-contested games.

After having few big plays over the past few weeks, Northwestern was able to string a couple together on Saturday against the Fighting Illini, including Clayton Thorson’s 48-yard pass to Austin Carr. The 48-yard completion was the longest pass to a wide receiver for the ‘Cats on the season and got Northwestern’s offense going, down 7-0. Thorson completed another pass to Dan Vitale for 19 yards and Warren Long and Justin Jackson both had runs of 18+ yards. Northwestern didn’t light the world on fire Saturday, but the ‘Cats were able to string together a few big plays, which was enough for the win.

On the season, Northwestern has been awful at converting red zone chances into touchdowns, doing so on just 39 percent of red zone appearances. But against the Illini, the ‘Cats converted three of four red zone appearances for touchdowns. Instead of getting field goals, Northwestern was able to put seven points on the board against Illinois and build a two score lead, allowing its defense to go to work, and basically putting the game away.

Despite conservative playcalling on offense and a stout defense, Northwestern lost the turnover battle on Saturday, giving the ball to Illinois twice while only securing one takeaway. Solomon Vault had a day to forget, accumulating -8 yards from scrimmage and losing a fumble, while Thorson threw a pick-6 that let Illinois trim the deficit to 21-14 and seize some momentum. This doesn’t seem to be a concerning trend for the Wildcats, however. Northwestern benefitted from committing zero turnovers in a last Saturday’s tough game against Wisconsin, and the two turnovers against Illinois didn’t seem to indicate a lack of awareness or discipline. Thorson’s pass was tipped before landing in the arms of Mason Monheim, who returned it for the score. That being said, Northwestern’s bowl opponent will be a much more talented team than Illinois, so the Wildcats can’t afford to give the ball away and expect to keep winning.

We all know that Justin Jackson is a workhorse, and he took that moniker to heart against Illinois. Jackson carried the ball a career-high 37 times on Saturday, gaining 172 yards on the ground (only 14 short of his career high) and scoring the ‘Cats’ third touchdown. Jackson now leads the nation with 298 carries and has proven his worth as Northwestern’s best offensive player. With Clayton Thorson still developing as a passer this season, Jackson’s consistency all year long (including an impressive 4.6 yards per carry on Saturday) has been invaluable. He’ll have a few weeks to rest up before getting back on the field for the Wildcats’ bowl game, most likely on New Year’s Day.